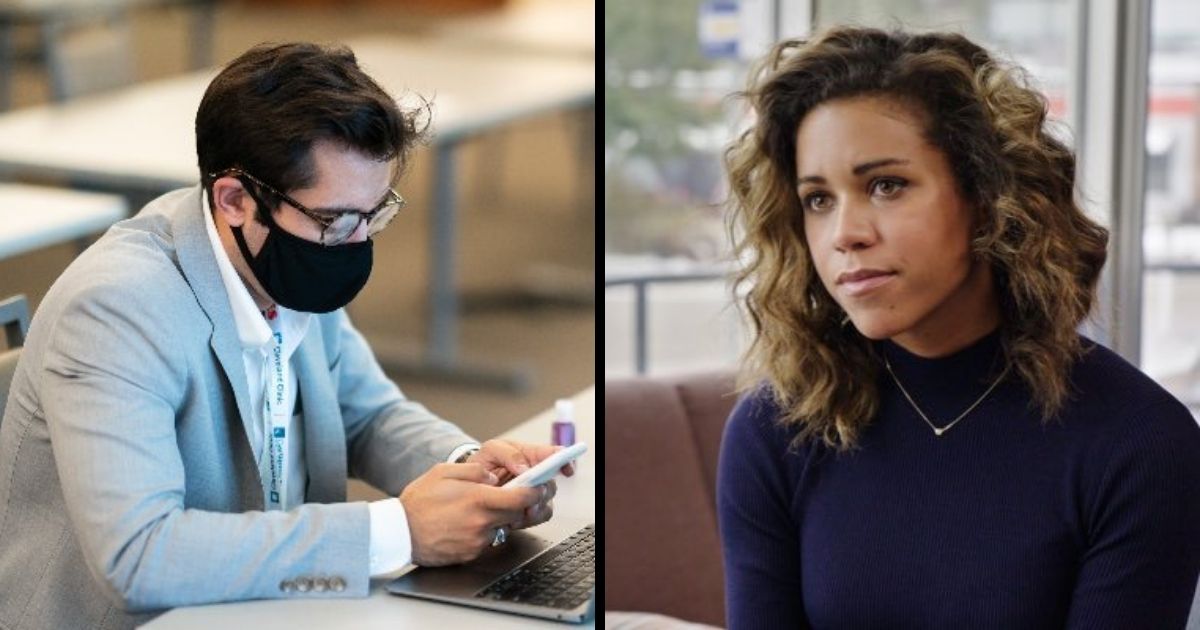 McCammond, who also is an NBC/MSNBC contributor, met Ducklo when she covered President Joe Biden’s campaign in 2019 and 2020, People reported.

They became friends during the time, and after the November election, they started dating.

“We both realized we both felt the same way,” Ducklo told People.

“We’re both really happy, and we wanted to do it the right way.”

An Axios spokeswoman said McCammond told her editors about the relationship “and asked to be taken off of the Biden beat.”

“When my personal life had the potential to interfere with my work, I didn’t think twice about sharing my happiness in November with Axios that I’d found someone in TJ who shows up for me in a way I’d only hoped for,” McCammond said.

“Switching beats was an easy decision thanks to my Axios [family], who had my back in November and know just how lovely it is to find someone who cares deeply about you.”

Do you think there is something fishy going on here?

Ducklo also “disclosed the relationship to his bosses at the very beginning,” a White House source said.

The two say they don’t mix their work and personal lives, and another White House aide said their relationship was “the worst-kept secret in Washington.”

Still, McCammond and Ducklo insist they keep what they are working on separate from their relationship.

“It means a lot of calls in hallways, in bathrooms and while one of us is walking her dog.”

McCammond added that Ducklo hasn’t been a source of information for any of her stories since they started dating.

“TJ and I knew full well the unfair criticism our relationship might face, but knew that we weren’t going to let bullies get in the way of our own happiness,” she said.