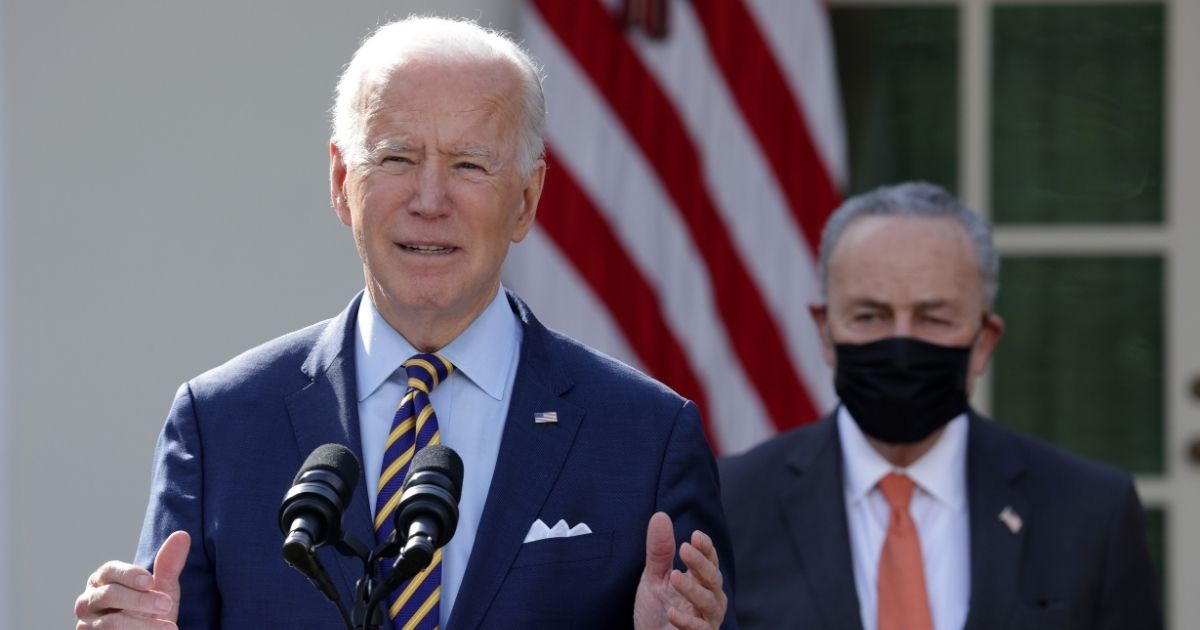 What else did they expect?

“Pro-Life Evangelicals for Biden,” a group founded on oxymorons and paradoxes, apparently feels “very disappointed” in the Biden administration following the exclusion of the bi-partisan Hyde Amendment — a decades-old law preventing taxpayer-funded abortions — from the $1.9 trillion coronavirus relief bill, known as the American Rescue Act.

Had the Hyde Amendment been included within the bill, the taxpayer funds used by it would be protected by the law so that they could not be misallocated for abortion funding. However, with its exclusion, a troubling amount of $414 billion is unprotected, according to the Family Research Council.

“Pro-Life Evangelicals for Biden” consists of self-proclaimed “pro-life leaders,” who released an open letter regarding the recently passed COVID relief bill, stating, “We’re even more upset that the Biden administration is supporting this bill.”

“As pro-life leaders in the evangelical community, we publicly supported President [Joe] Biden’s candidacy with the understanding that there would be engagement [with] us on the issue of abortion and particularly the Hyde Amendment,” the letter continues.

“The Biden team wanted to talk to us during the campaign to gain our support, and we gave it on the condition there would be active dialogue and common ground solutions on the issue of abortion. There has been no dialogue since the campaign.”

As some are pointing out, however, this is exactly what the organization supported — whether intentionally or not.

The previous senior legal adviser to former President Donald Trump, attorney Jenna Ellis, wrote in a Sunday tweet, “‘Evangelicals’ for Biden are getting exactly what they voted for.”

“Evangelicals” for Biden are getting exactly what they voted for.

President Trump proved it to you.

But your arrogance and willful blindness got the better of you. pic.twitter.com/xXPwtjicD7

The word “betrayed” doesn’t even fit the occasion. Biden’s “Women’s Agenda” specifically stated that his administration would protect “reproductive health” and provide “preventive care” — i.e., abortion. He’s been extremely clear from the start, so members of this group have no ground to stand on.

They should have known better.

The letter continues to express the group’s unfounded feelings of treachery, stating, “We feel used and betrayed and have no intention of simply watching these kinds of efforts happen from the sidelines. Many evangelicals and Catholics took risks to support Biden publicly. President Biden and Democrats need to honor their courage.”

The authors of the letter indicate that the risk evangelicals and Catholics took was the risk of being ousted from their communities or being looked down upon — but the true risk these people took was in supporting not only a president but an entire party with a history and platform of denying the sacred right to life.

The letter closes with the group’s collective call on Biden to “honor his commitment” and its demand that the language of the Hyde Amendment be applied to the bill, stating, “This is no time for radical change to longstanding abortion policy.”

The group also calls on seven House Democrats to “oppose this bill, as it stands, and demand the Hyde Amendment be included.”

“If this is not done it will raise the question of whether or not we are still welcome in the Democratic Party,” the letter concludes.

The “Pro-Life Evangelicals for Biden” spokesman, Dr. Richard Mouw, discussed the group’s stance with CBN News following the letter’s release, explaining members were “taken aback” by the Hyde Amendment’s exclusion from the bill.

Should the president respect his commitment to Pro-Life Evangelicals for Biden?

“A large majority of Americans are in favor of keeping abortion legal but would want some restrictions attached to it,” Mouw said.

“Right now we feel like the best thing that we can advocate is not to lose the restrictions that we already have, and we felt betrayed. Furthermore, they did not give us a heads up on this, there was no sense of accountability to evangelicals and Catholics who took a lot of risks in saying publicly that they were going to vote for Mr. Biden.”

Mouw is right — the best thing the group can do now is try to protect the existing restrictions. It seems the president emeritus of Fuller Theological Seminary cannot recognize his initial misstep of supporting Biden in the first place.

Perhaps the tale of “Pro-Life Evangelicals for Biden” is best represented by the fable of the scorpion and the frog. As Mouw sinks, demanding an answer from Biden as to why he would betray evangelicals who believe in the sanctity of life, Biden tells him, “I couldn’t help it. It’s in my platform.”