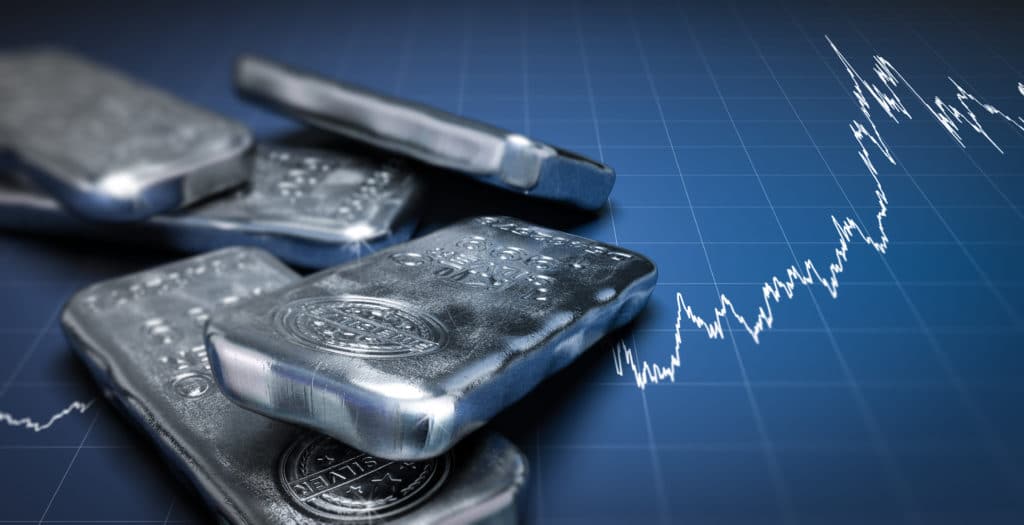 One of the most optimistic scenarios for precious metals is a negative real interest rate environment when bonds and cash perform less than inflation. With inflationary pressures picking up and the US Federal Reserve and the rest of the world’s central banks show no signs of raising their benchmark rate in the short term, real short-term rates could fall further into negative territory in the coming months. However, long-term returns have moved slightly higher in nominal terms.

Higher bond yields have helped lift the US dollar index. According to Stefan Gleason of the Money Metals, they contain gold and silver prices so far in 2021.

The 30-year yield rose to nearly 2% on Friday. Although historically still relatively low, a breakout above 2% could be psychologically crucial for the markets.

According to Gleason, the Fed has long set an inflation target of 2%. You now aim to design a slight boost for an indefinite period. And don’t forget that the inflation rate reported by the government underestimates real inflation. A 2% rate generally means we have inflation of 4% or more in the real economy.

But if bond yields exceed inflation, that would defeat the central bank’s purpose. One of the Fed’s goals is to help the US government and other large banks steadily reduce their actual obligations.

President Joe Biden and Democrats in Congress are trying to pass a $1.9 trillion spending bill. Of course, it’ll have to be paid through additional loans. The last thing Treasury Secretary Janet Yellen wants is to issue new bonds that require the government to produce positive real returns to holders.

Fortunately for the former Fed chair, she has a direct line to her successor Jerome Powell. The analyst adds that anything the Treasury wants in terms of buying central bank bonds, presumably it will get. That means that long-term interest rates will probably not be allowed to rise much further from here.

Falling yields could be bullish for precious metals markets

Analysts sometimes criticize precious metals for underperforming. While trivially true, total gold returns over time are closely correlated with the currency’s actual depreciation rate, which can be much higher than what the government reports as the official inflation rate.

For the past 20 years, physical gold has outperformed more than 580%, far better than interest-paying Treasuries, although gold prices are now well below their all-time highs.

The result is that, unlike fixed-income paper assets, precious physical metals do not generate annual tax liabilities unless and until they are sold for a profit.