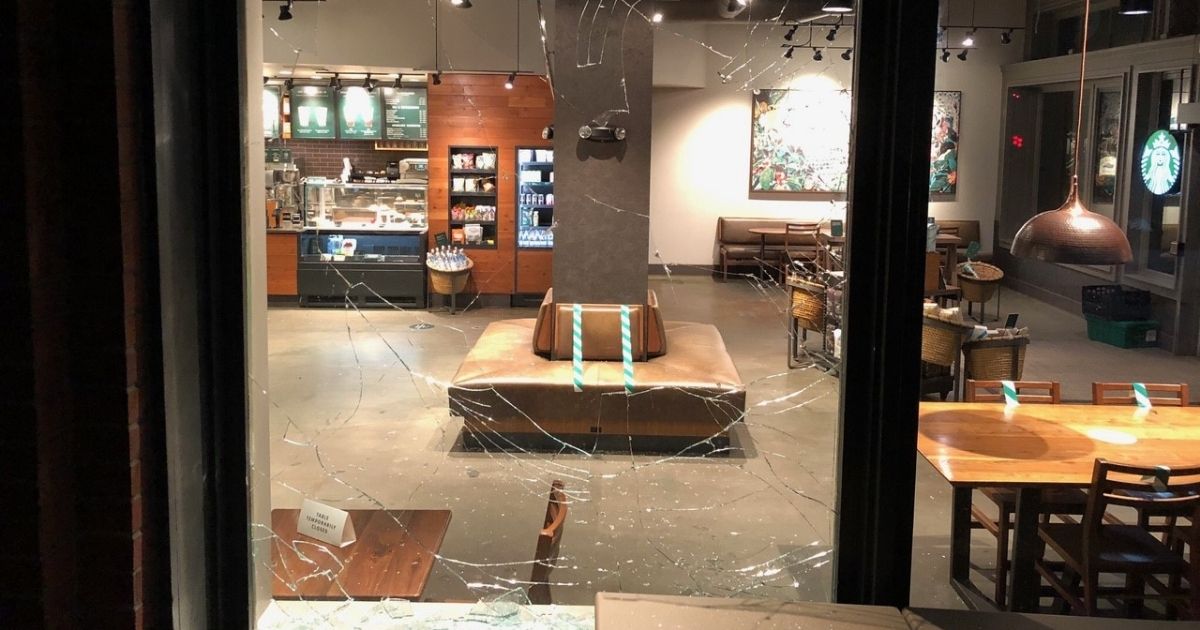 Police in Portland, Oregon, announced Saturday that a Friday night demonstration that began as a march in the city’s Northwest District had turned into a riot after participants started blocking roads, destroying windows, spraying graffiti and breaking into a restaurant.

According to a Portland Police news release, the event advertised on social media as an “autonomous demonstration” started around 9:00 p.m. local time in Couch Park with 75 participants.

Most of them wore all-black attire to make it difficult for cops to identify wrongdoers in the crowd, the release stated.

According to the release, 15 minutes into the demonstration, at around 9:15 p.m., police received reports of windows getting broken and of graffiti.

Some of the participants barged into a restaurant in the 2200 block of Northwest Hoyt Street, followed by others who went behind them and pulled them out, police stated.

A resident who was recording the demonstration had a rock thrown through his window, according to police.

According to the release, a Tri Met bus shelter and a Moroccan restaurant located at Northwest 21st Avenue and Northwest Northrup Street were graffitied.

A restaurant was tagged with graffiti at NW 21 Ave and Northrup St. pic.twitter.com/m5vsg2gTGl

This graffiti was applied to a bus shelter at NW 21/Northrup. pic.twitter.com/Y1wAtZH3Xd

Cops used megaphones and social media to ask the group to disperse, informing them that their actions constitute rioting.

“Few if any of them complied,” police stated.

RELATED: Rep. Crenshaw Undergoes Successful Eye Surgery, Still Has ‘A While to Go' Before Full Recovery

“The group eventually wandered back into Couch Park and dispersed.”

Two individuals were arrested on first-degree criminal mischief charges, according to the news release.

Police had known about the event early on, the release mentioned.

Do you think that establishment media has unfairly been lenient on BLM riots?

“Portland Police will monitor activity related to this event to determine what response may be appropriate, especially if any violence or criminal activity takes place that threatens community members, public employees or public or private property,” police had stated in a message before the riot began.

“People who engage in criminal activity are subject to the use of force and arrest.”

Friday night marks the third night of unrest in the city since the conviction of former Minneapolis police officer Derek Chauvin on April 20, KGW-TV reported.

Portland mayor Ted Wheeler had declared a state of emergency after the verdict on April 20 in anticipation of possible rioting in the city, the outlet reported.

The state of emergency was extended through the weekend on Friday, KGW reported.