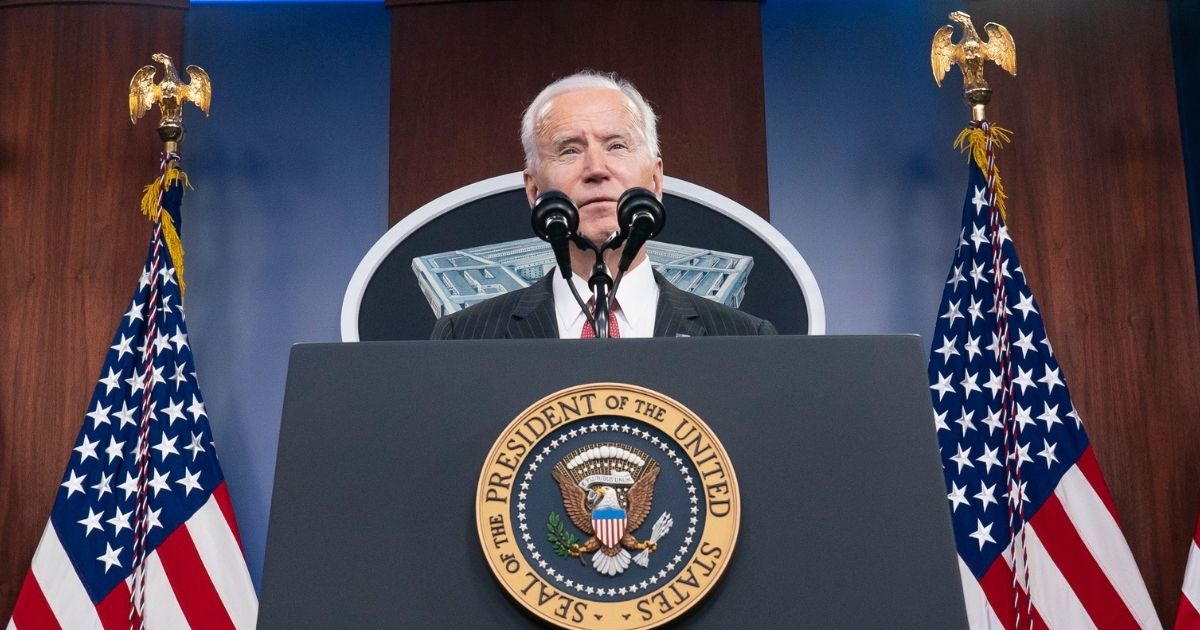 A new poll found that President Joe Biden’s executive order to increase the annual number of refugees that are allowed into the country is thus far his least popular executive action.

Biden has, of course, signed dozens of executive orders since taking office on Jan. 20. That was after he took a shot at former President Donald Trump last fall, equating his use of fiats to a dictatorship.

“you can’t [legislate] by executive order unless you’re a dictator. We’re a democracy. We need consensus.” pic.twitter.com/3ymU7Qs6Gv

TRENDING: Schumer and AOC Team Up to Announce Taxpayers Now on the Hook for COVID Funerals, Including for Illegal Immigrants

Fast forward nearly four months, and Biden has signed more orders in the first three weeks of a presidential term than any of his predecessors — including Trump — by far.

The unpopularity of many of those orders is clear. Biden, for example, on day one of his term canceled the permit for the Keystone XL pipeline and in doing so, canceled thousands of jobs.

He’s since drawn bipartisan rebuke over the order.

Surprisingly, a poll from Morning Consult and Politico found that the job-crushing order isn’t even the runner-up with regard to Americans’ disapproval of Biden’s orders. The Keystone XL pipeline order actually barely falls within the top five least popular actions.

Do you support Biden’s order increasing the number of refugees that come into the country?

Biden’s decision to engage in international virtue-signaling amid a public health and jobs crisis was far more unpopular.

Biden vowed on Feb. 4 to increase the number of refugees admitted into the country annually to 125,000 from the 15,000 mandated by Trump before the former president left office.

“It’s going to take time to rebuild what has been so badly damaged, but that’s precisely what we’re going to do.”

The order is the least popular Biden order thus far, the poll found. The poll noted that five of the seven least popular executive orders signed by Biden so far have been related to immigration.

“A new Morning Consult/Politico survey shows 48 percent of voters oppose Biden’s plan to allow as many as 125,000 refugees to seek safe haven in the United States during the upcoming fiscal year — a historic high that represents a whiplash change from the historically low 15,000-person limit for the current fiscal year — and fewer than 2 in 5 voters support it,” the pollster said.

“That makes the Feb. 4 order the least popular of 28 executive actions tracked by Morning Consult since Inauguration Day by a wide margin.”

Biden’s Move to Expand Refugee Admissions Is His Most Unpopular Executive Action So Farhttps://t.co/EUcQ98V096 via @cameron_easley pic.twitter.com/ApMzZr5UT2

Democratic respondents, meanwhile, surprisingly did not support the order in the high volume of numbers one might expect. While 61 percent of Democrats somewhat supported or strongly supported the order, 39 percent opposed it or had no opinion on it either way.

The order only found support among 33 percent of independent voters, while 67 percent opposed it or had no opinion.

Among all collective respondents, a mere 39 percent of registered voters either strongly supported or somewhat supported the executive order.

Morning Consult/Politico polled 1,986 registered voters from Friday through Sunday. The poll reported a margin of error of +/- 2 percentage points.