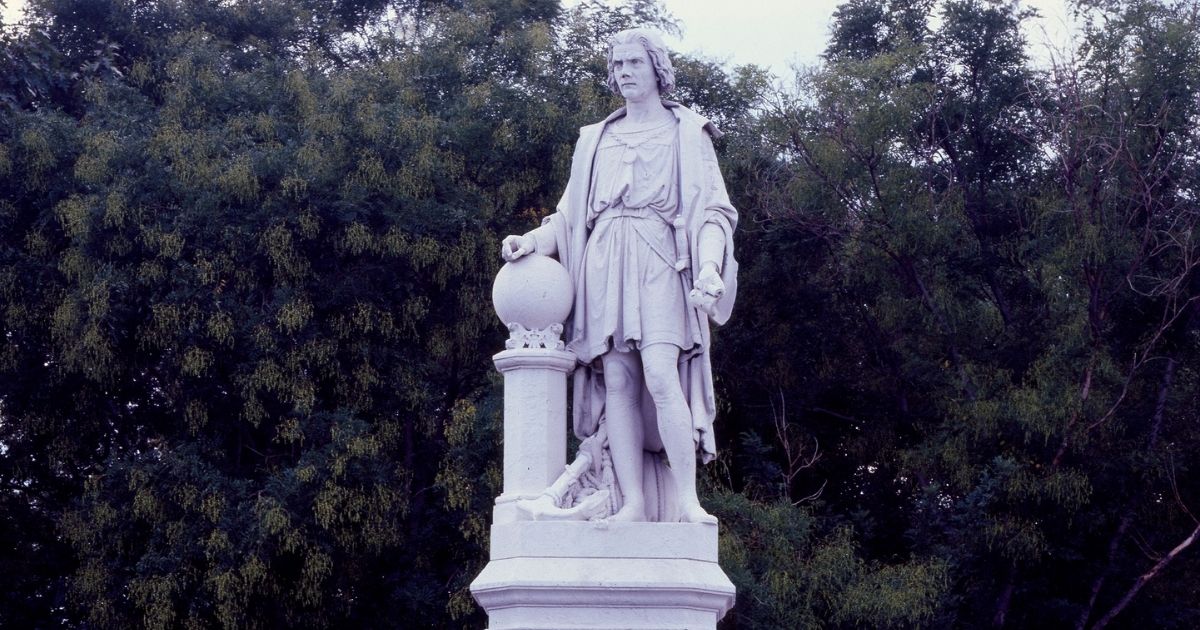 Christopher Columbus was deemed unfit to be seen in Philadelphia this summer, when city leaders decided to send a statue of the explorer into storage. But when it comes to a public holiday in his name? That’s a very different story.

🤔 you removed the Columbus statue but will celebrate Columbus Day? Must be nice to be hypocrites. https://t.co/ivtGL83IM5

Over the summer, Philadelphia spokesman Lauren Cox said finding some less public place for Columbus was essential to healing the community.

TRENDING: Pompeo Drops Clinton Bombshell: ‘We’ve Got the Emails, We’re Getting Them Out’

“As Philadelphia — and the nation — continue to reckon with the deep legacy of racism and oppression in America, it is critical that our public spaces are seen as safe, welcoming and inclusive for all people,” Cox said in August, according to CNN.

On Aug. 12, the city art commission voted 8-0, with one abstention, to move the statue, according to WPVI-TV.

As noted by The Philadelphia Inquirer, paid holidays for city workers are negotiated as part of union contracts.

“We know that Columbus Day is an important symbol for many Italian Americans, including those in our city,” Cox said. “Ultimately, each individual is able to make their own choice about which holiday(s) they do or do not celebrate personally. In terms of its future as a City holiday — where City buildings and services are closed — the administration would be open to changes.”

Does this seem hypocritical to you?

City unions are aware of the issue.

“The issue of holidays, not just Columbus Day, is being discussed internally,” Cathy Scott, president of AFSCME District Council 47, which represents some of the city’s workers, told The Inquirer.

One academic interviewed told The Inquirer the matter might be coming to a head.

“I don’t think anyone can predict how this will turn out, but there’s certainly … a kind of moral force at work to rename and dissolve the mythic histories that have controlled our thinking about historical events,” Temple University associated professor of sociology Matt Wray said.

“Columbus is not only charged with being an enslaver but also an architect of racist genocide and a harbinger of massive land theft of Indigenous people.”

The future of the statue in Philadelphia is now in court, but the issue of how to mark Columbus Day is hotly debated on Twitter — and not just in Philadelphia.

Columbus didn’t discover America. He invaded, pillaged, & looted us. We live on stolen land & that’s nothing to celebrate. I’m calling for Columbus Day to be renamed Indigenous Peoples Day. We wouldn’t be the first to do so & it’s the right thing to do. https://t.co/i6gdmer7zl

Philadelphia is closed on Monday for COLUMBUS Day. They are trying to erase the day because of a little statue that nobody even noticed for years…however they won’t give up that paid holiday. #jimkenneysucks

In honor of #ColumbusDay , we should take something that belongs to somebody else and say you found it first

Trinity Norwood, director of the Nanticoke Lenni-Lenape Tribal Nation’s “Royalty Program,” argues the holiday should be sent to the scrap heap.

“Columbus Day idealizes a murderer who got lost during his expedition and minimizes the negative effects of colonialism on America’s Indigenous peoples. In the same way Germany does not have a national holiday or statues to memorialize Hitler because of his deplorable actions against humanity, Christopher Columbus should not be celebrated either,” she wrote in a commentary piece for The Philadelphia Inquirer published Friday.

However, in a companion piece published by the newspaper, Christopher Tremoglie, an intern with the National Columbus Education Foundation, argued that the holiday should remain because “Columbus changed the world forever.”

“Columbus’ accomplishments for human civilization are undeniable. He introduced the concept of reaching the east by going west. He made known to Europe the existence of the North and South American continents and laid the groundwork for future explorers,” he wrote.