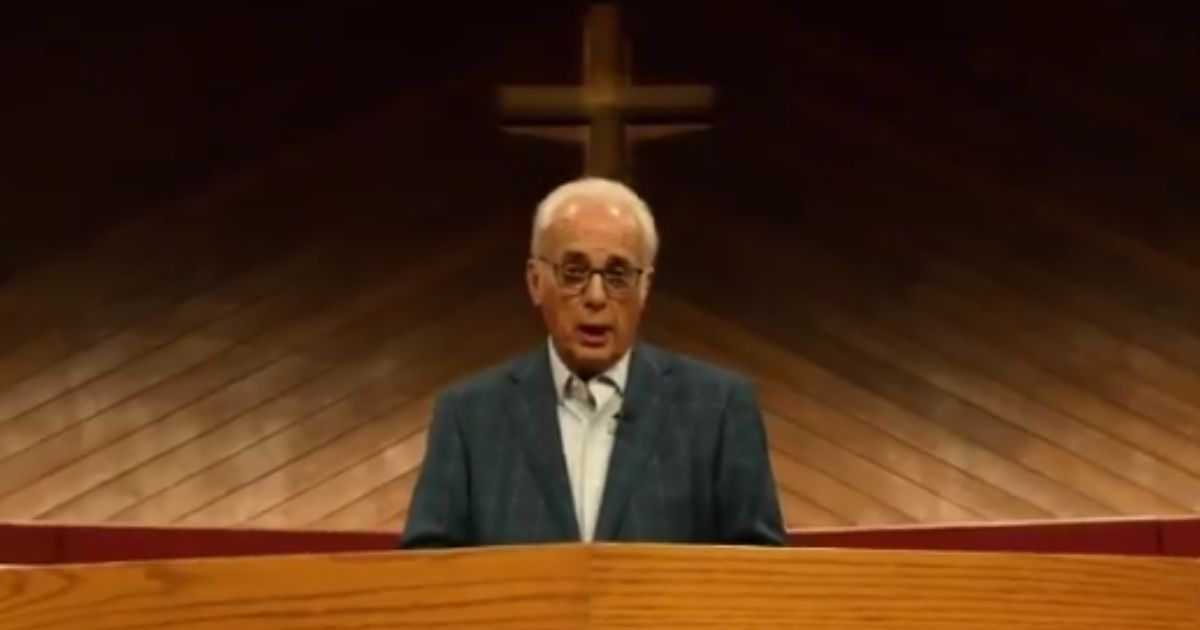 A prominent American evangelist is back in the news this week with another inspiring message from the front lines of the months-long fight to protect in-person worship.

In a short video released Wednesday on social media, Grace Community Church pastor John MacArthur of Los Angeles called on churches and believers across the country to “be the church” and continue gathering, despite government efforts to prohibit such activity through the strict legal enforcement of coronavirus-related public health restrictions.

“This is a church committed to the bedrock conviction that the Bible is the word of God,” MacArthur said. “And we, in obedience to that word, have met together every Sunday for all these years.

“We have been protected by our government. We’ve been given freedom to do that,” MacArthur added.

“Today’s current crop of politicians are trampling on the Constitution and on the resolve of citizens to demand their rights under the pressure of a manufactured fear.”

The video was initially posted by presidential lawyer Jenna Ellis, a member of the Thomas More Society legal team defending the pastor in his courthouse battle with the state.

It’s not the first time that MacArthur has spoken out regarding dangerous governmental attempts to shut down the American church in light of the global COVID-19 pandemic.

Do you support pastoral efforts to reopen American churches in the face of government restriction?

In a July 29 radio appearance, the evangelist slammed not only these policies, but the policy of uncritical Christian submission to authority as well, comparing it to the 20th-century societal complacence that allowed Adolf Hitler to institute a dictatorship abroad.

MacArthur has garnered no shortage of media attention for his leadership in the battle against what he refers to as the soft “tyranny” of government-ordered church closures — a battle the pastor himself took to fighting after California made an about-face on the modest social and economic reopening efforts begun in May.

The lifting of restrictions had come amid shrinking societal adherence to months-long initial efforts to lock down the state.

RELATED: Remember What Biden Said in 2018 About Christians Who Oppose Gay Marriage?

When on July 13, Democratic Gov. Gavin Newsom again ordered the closure of indoor activities at dining locations, bars, zoos and museums across the state, as well as the shutdown of gyms and houses of worship in certain counties, local efforts to defy his mandates took hold all the more quickly.

Laying out his own rationale for the church’s defiance in a July 24 open letter to the Christian community, MacArthur reminded believers: “Christ, Not Caesar, Is Head of the Church.”

Christ, not Caesar, Is Head of the Church: A Statement from John MacArthur and the Elders of Grace Community Church https://t.co/tObjChOfcI

It was never the intent of Grace Community Church to act in arrogant rebellion, however, as has often been pointed out by MacArthur and his legal team.

In fact, MacArthur said in his Wednesday video, the church attempted to remain obedient to both their faith and government, closing its doors for nearly five months when data on COVID-19 was scarce at the start of the outbreak.

It was apparently not until inconsistencies emerged in public health enforcement and details surfaced on the real gravity of the virus that MacArthur first began to consider going against the grain.

“This is obviously targeted discrimination,” MacArthur said. “Leftists and secular government officials have no tolerance for biblical Christianity, so they’re using COVID as an excuse to shut us down.”

The pastor’s final calculation, it would seem, was that the only Christian thing to do in response is oppose government restrictions on the worship of Jesus Christ — as the church has always done.

“The church is the original protester,” the pastor said. “We go back to the Protestant Reformation 500 years ago, when the government was trying to dictate to the church how it should worship.

“This is a time of all times to meet as the church. Open your church. The church is essential.”