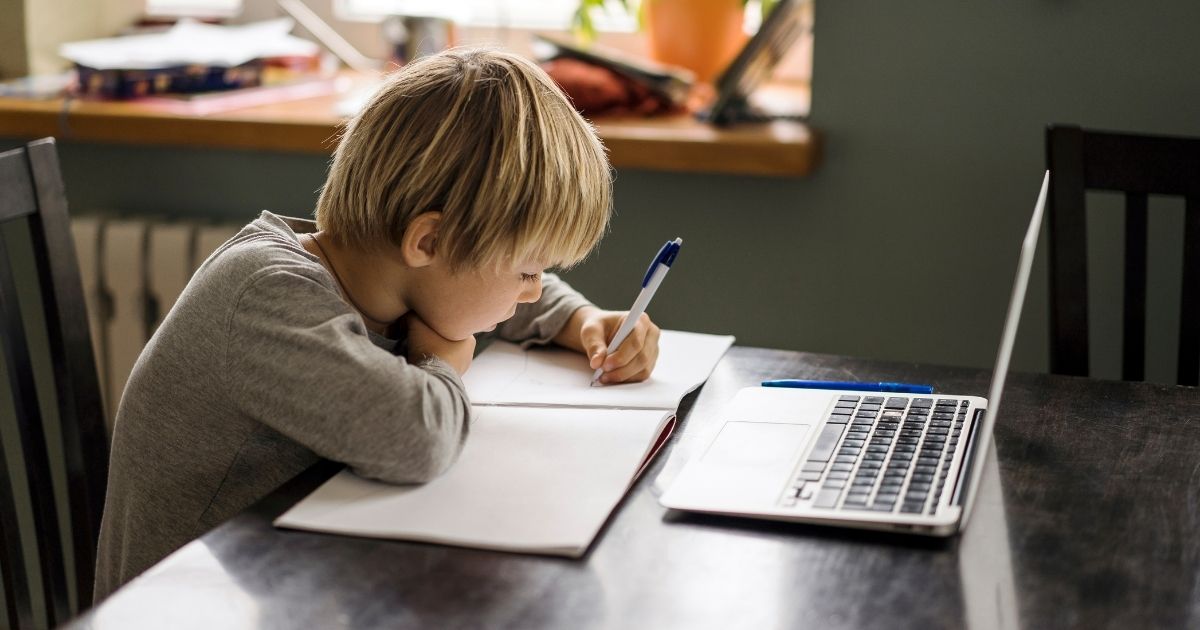 One group of Michigan parents is fed up with their children’s schools being closed and has decided to do something about it.

“Since August 2020 , Ann Arbor Reasonable Return has been exploring all options to get relief for families in the Ann Arbor Public Schools, which have been in virtual only learning since March 13, 2020,” organizer Jesse Kauffman wrote.

“Thanks to this fundraiser, we have been able to retain the services of Bodman PLC. They are now exploring all possible avenues for the return of our kids to the classroom.”

As of Saturday, the fundraiser exceeded its $30,000 goal and collected over $37,500 through hundreds of donations.

“Thank you so much to our wonderful community! We are beyond humbled and grateful how quickly our goal was met,” Kauffman wrote in an update on the page, which initially was begun to create a political action committee in the area.

“There are real children on the other side of the virtual learning screens that thought they were returning to school by March 1, as Governor Whitmer urged. They are confused and sad having already heard from their teachers about a hybrid plan that now may not happen.

“That is why it means so much to be able to point this and show them how much people really care about them. We will leave the fundraiser up for now as we will certainly have additional needs down the road, especially if the PAC identifies and supports candidates for school board in the next election,” Kauffman wrote.

The parents are not alone.

Should every school be open now?

On Saturday, Ann Arbor high school students scheduled a protest to show school board members that they want to return to their classrooms, according to ClickOnDetroit.

The action by parents and students followed an Ann Arbor school board meeting that left many — including board members — apparently confused over what the district was planning to do for the rest of the school year.

The board passed a motion the directed the school superintendent “to make a recommendation to modify our current school plan to allow instruction to remain virtual to the end of the school year, with the exception of serving those with the greatest needs (as clarified by our superintendent and school administrators) who would return to school by March 22, 2021,” the motion stated, according to MLive.com.

“The implementation of this modified plan will be presented, discussed and voted upon by Feb. 24, 2021,” the motion continued. The outlet summarized the board’s decision as having “the intention of ending the year in virtual learning for the majority of students.”

On Friday, the board issued a statement saying that it didn’t actually mean to do what it appeared to have done, according to ClickonDetroit.

RELATED: President, Other School Board Members Resign After Video of Them Mocking Parents Exposed

“At our meeting on Wednesday, February 17, 2021, the Ann Arbor Public Schools Board of Education voted to direct Superintendent Jeanice Kerr Swift to explore the feasibility of modifying its current Return to School Plan,” the statement read.

“The Board apologizes for any confusion this vote on Wednesday may have caused our community during an already stress-filled school year due to the pandemic. To be clear, we have not decided to remain in fully virtual instruction for the remainder of the year.”

The statement said the board intended to set a date for students with the greatest needs to return to the classroom, give families a plan for what comes next, develop an “enhanced summer program” and then return to classrooms as normal in the fall.

Board member Susan Baskett, who made the motion that was later passed, said, “What I’m trying to encourage is making sure that we know we’re going to bring some kids in and the rest of the kids will remain virtual for the end of the school year,” MLive.com reported.

However, one opponent of the motion was clear in communicating what she did not like about it.

“I’m going to call it radical, because it is radical for tens of thousands of people.”