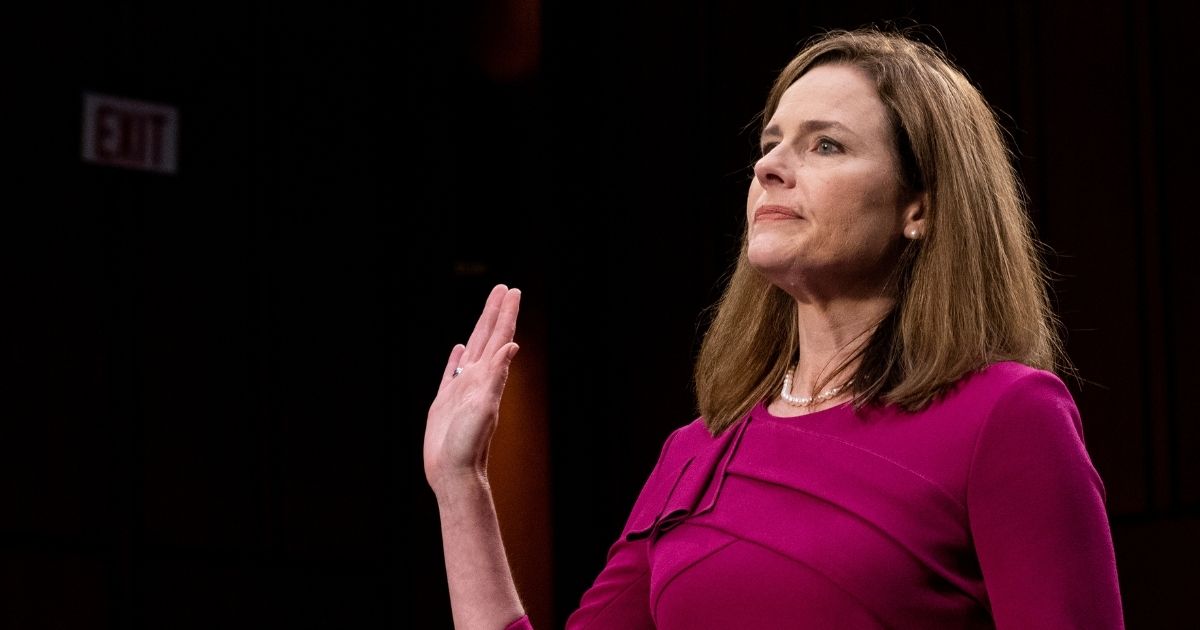 A few weeks ago, President Donald Trump nominated Judge Barrett to the U.S. Supreme Court to fill the vacancy left by the late Justice Ruth Bader Ginsburg. At her nomination, President Trump described Barrett as one of the “nation’s most brilliant and gifted legal minds” and praised her “unyielding loyalty to the Constitution.”

She is a working mother of seven who adopted two children from Haiti and whose youngest child has special needs. Barrett is also a woman of deep faith who takes the teachings of the Roman Catholic Church seriously.

First, Christians should support Barrett because she adheres to a judicial philosophy known as originalism.

Originalism calls for strict adherence to a text (“textualism”) and holds that the Constitution is to be read, understood and applied in keeping with the original intent of the Founders.

Barrett reiterated this view following her nomination when she gave tribute to Justice Scalia.“His judicial philosophy is mine, too … Judges are not policymakers, and they must be resolute in setting aside any policy views they might hold,” Barrett explained.

Many Christians hold to a form of textualism called the historical-grammatical method. Because Christians believe the very words of the Bible are “breathed out” by God, it is important to take the words and phrases that appear in Scripture seriously — down to the very grammar and syntax.

Do you think Christians should support Amy Coney Barrett?

This approach to reading and applying Scripture may explain why Christians predominately align with originalist jurisprudence and believe judges ought to take a textualist approach when interpreting the law. Without question, Judge Barrett aligns with this approach.

Second, Christians should support Judge Barrett for her pro-life convictions.

Barrett’s personal life demonstrates a commitment to life and family. But her professional career provides further evidence of a worldview that values life and believes in the personhood of the unborn.

For example, while on the 7th Circuit, Barrett took part in two cases dealing with abortion.

The first, Planned Parenthood v. Commissioner, dealt with an Indiana abortion law that required fetal remains to be buried or cremated and prohibited abortion based on sex, race or disability.

After a panel of 7th Circuit judges ruled the law unconstitutional, Barrett joined the dissent, which called the second statute “a eugenics statute” and voted to rehear the case, signaling opposition to rulings against the measure.

The second case, Box v. Planned Parenthood, concerned an Indiana law that required doctors to notify parents when a minor seeks an abortion.

A three-judge panel of the 7th Circuit blocked the law from taking effect. Barrett voted for an en banc rehearing, which would have allowed the whole 7th Circuit to rehear the case.

Moreover, in 2015, as a professor at Notre Dame, Barrett joined other professional Catholic women in signing a letter that affirmed “the dignity of the human person and the value of human life from conception to natural death.”

She was a member of the “Faculty for Life” group at Notre Dame and in 2013, on the 40th anniversary of Roe v. Wade, gave a lecture titled “Roe at 40: The Supreme Court, Abortion and the Culture War that Followed,” in which she argued the court’s concurrent rulings in Roe v. Wade and Doe v. Bolton created a framework of abortion on demand through judicial fiat.

Third, conservative Christians should support Judge Barrett for her discussion of the court’s role on issues related to marriage, sexuality and religious liberty.

In 2016, Barrett discussed North Carolina’s transgender bathroom law, which was being litigated at the time. She noted, “When Title IX was enacted it’s pretty clear that no one — including the Congress that enacted that statue—would have dreamed of that result [defining ‘sex’ to include gender identity].”

Summarizing Chief Justice Roberts’ dissent, Barrett noted that the Constitution does not address the question of same-sex marriage, which is why Roberts believed changes to marriage policy “should occur through the legislative process.” Barrett concluded, “So, I think Obergefell and what we’re talking about for the future of the Court, it’s really a who decides question.”

Conservative Christians should be thrilled about President Trump’s nomination of Judge Amy Coney Barrett to the Supreme Court. Not only is she extremely qualified with years of experience as a federal judge, law professor, attorney and Supreme Court clerk, her judicial philosophy, life story and temperament make her an ideal choice for the nation’s highest court.

Although the confirmation hearings have been and will be contentious, Christians should stand with the president’s nominee and pray for a quick confirmation.