Home Daily News Op-Ed: Politicians Who Undermine the 2nd Amendment Have Blood on Their Hands 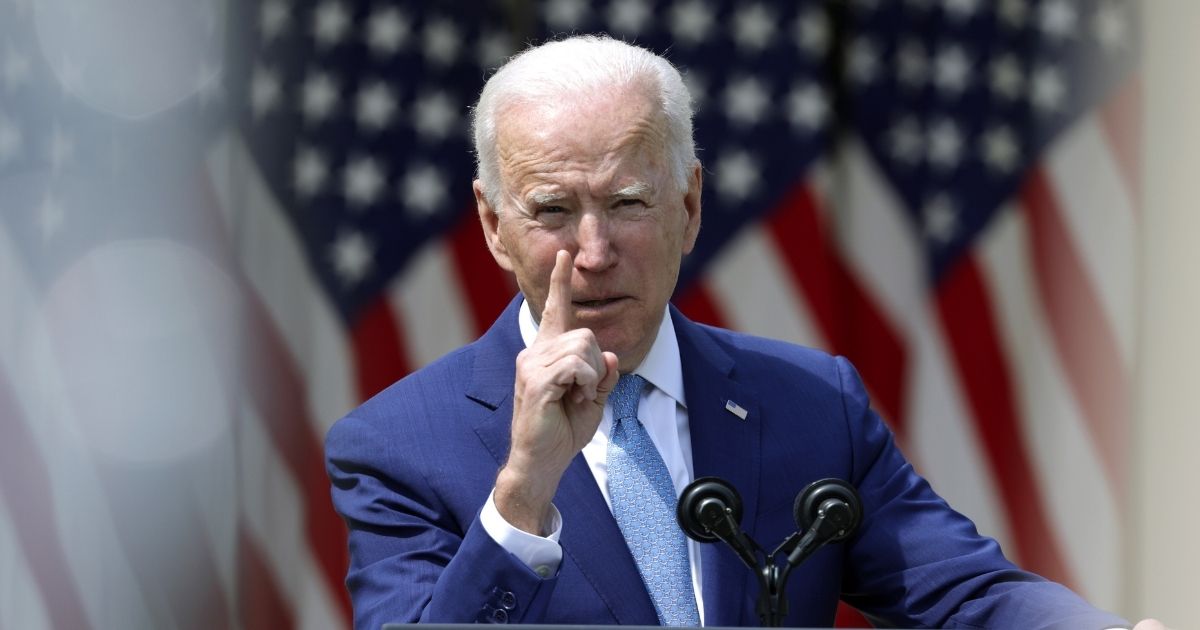 President Biden’s just-announced executive orders on guns serve as yet another example of pandering politicians creating more problems than actual solutions to crime and murder in America.

If we are serious about solving the tragedies of mass murder events in America, we must pass legislation that deals with reality. That means we must stop creating environments where good people are restricted from having the means to fight back against evil, crazed people determined to cause mayhem.

This is not an original idea; the constitutional argument for a well-armed citizenry has been well established and provides for a safer society.

The idea that restrictive laws and greater government oversight will improve the battle against criminals with guns is laughable. For example, after the recent tragedy in Boulder, Colorado, it was revealed, yet again, that the shooter was known by the FBI and was on their radar.

If that sounds familiar, it’s because that was the same situation with the Parkland shooter, who school officials and law enforcement knew to be a threat long before his violent attack. Yet we’re made to believe that making guns harder to get, and carry, for everyone, including the good guys, will suddenly improve the government’s ability to proactively intervene against bad guys with guns.

TRENDING: Nearly Half of All New US COVID Cases Are Coming from 5 States

The sad reality is that the ideas of stringent gun laws and “gun-free zones” have been disastrous, deadly and a crime against peaceful citizens. Modern politicians have stripped away half of the solution by taking guns away from good guys, giving bad guys with guns more targets of opportunity to victimize.

This has only served to handicap good Americans from defending themselves and taking action while letting criminals with evil intent run rampant.

In fact, there is compelling evidence of the value of having “trained good guys with guns.”

When Obama ordered the CDC in 2013 to review existing data on gun violence, the results were not what anti-Second Amendment activists were hoping for. The report found that guns were used for defense hundreds of thousands of times a year, with the CDC admitting that “self-defense can be an important crime deterrent.”

Do you think gun grabbers have blood on their hands?

Our Founding Fathers would have been amazed that a study was needed to come to this conclusion.

For the Founding Fathers, there was a bigger ideology at work than merely the right to keep and bear arms. The principal philosophy behind the Second Amendment was the basic human right of self-defense, something the Founding Fathers often referred to as the “first law of nature” and something you could not give up to the government.

John Adams wrote, “Resistance to sudden violence, for the preservation not only of my person, my limbs and life, but of my property, is an indisputable right of nature, which I never surrendered to the public by the compact of society; and which, perhaps, I could not surrender if I would. … The maxims of the Law, and the precepts of Christianity, are precisely coincident, in relation to this subject.”

James Wilson, a signer of both the Declaration of Independence and the Constitution, actually believed that if you were attacked or robbed, you were partially to blame, writing, “[T]he great natural law of self-preservation … cannot be repealed, or superseded, or suspended by any human institution. … The right of the citizens to bear arms in the defence of themselves shall not be questioned. … Every man’s house is deemed, by the law, to be his castle; and the law, while it invests him with the power, enjoins on him the duty, of the commanding officer.”

The Founding Fathers were never delusional enough to believe an omnipresent police force could protect citizens 24/7. Rather, they guaranteed the constitutional right of citizens to defend themselves and expected people would then take the necessary precautions for self-preservation.

Modern politicians continue to push for failed policies that are the exact opposite of the Founders’ intent and ignore “the laws of Nature and Nature’s God.” Mandating by law that peaceful, law-abiding citizens depend entirely upon the government to protect them from the bad guys also ignores the historical fact that such a government eventually turns on the very people it has disarmed under the false pretense of protection.

That is why the Founding Fathers called the Second Amendment and the right of self-defense the protector of all our other rights and freedoms. They knew that ultimately having to rely on someone else for your own safety made you a servant, having only the freedoms granted you by those who protected you.

True liberty is only accomplished when the right of self-defense is guaranteed.

The Founders never intended for the Second Amendment to be merely about the right to own a gun, and we do a disservice to them, and risk the liberty of future generations, when we merely focus on gun ownership. It is the right not only to keep but to bear arms. When citizens are trained and armed, the entire community is safer. We need trained good guys and gals with guns in every grocery store, Walmart, restaurant and church.

That is how you stop mass murder events and prevent a lunatic from walking aisle by aisle for a 30-minute killing spree.

Supreme Court Justice Joseph Story chillingly warned over 250 years ago how this important right of self-defense could be lost: “There is certainly no small danger, that indifference may lead to disgust, and disgust to contempt; and thus gradually undermine all the protection intended by this clause of our national Bill of Rights.”

Leftist politicians have created disgust and contempt toward these plastic and metal inanimate objects.

We should be responding with disgust and contempt for the politicians who have blood on their hands for creating the environment for loss of life by making it harder and harder for people to live out this first law of nature — the right of self-defense.