Home Daily News Op-Ed: Joe Manchin Could Be the 1 Person Who Stops the Radical... 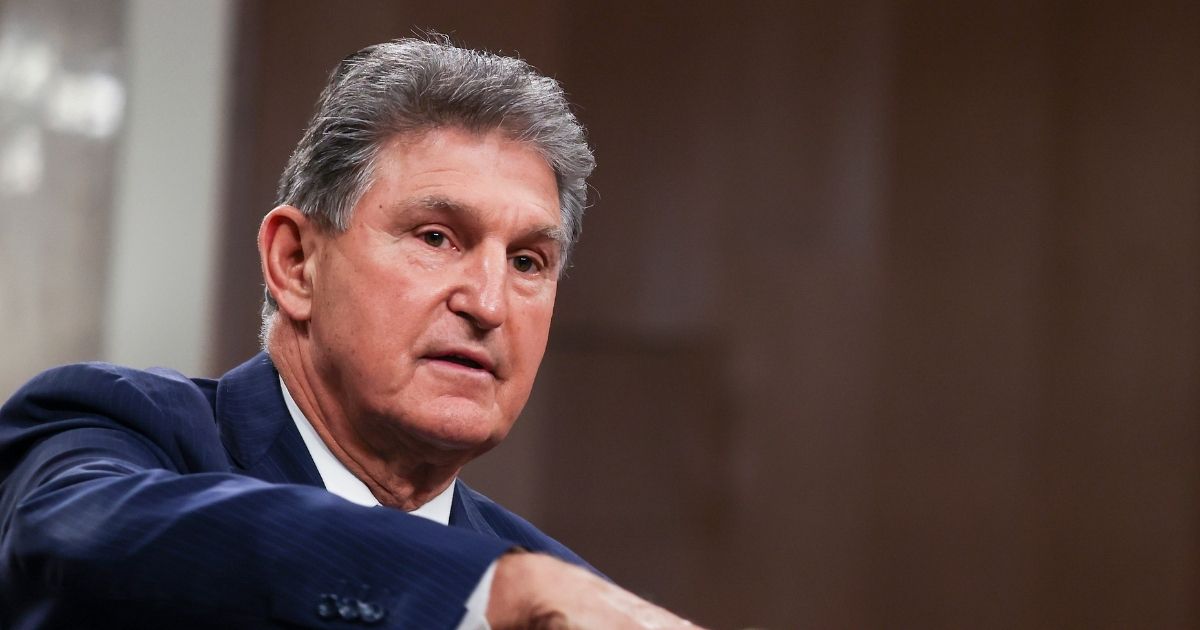 If the new 50-50 Senate were a high school prom, the Democrat who would be voted Most Likely To Side with the GOP would be West Virginia Sen. Joe Manchin.

West Virginia is a truly beautiful state. I’ve been lucky enough to spend a lot of time there, exploring the state all the way from Berkeley Springs to Huntington to Wheeling. But it’s also a poor state with massive problems in areas such as unemployment, education and substance abuse.

West Virginia is not a progressive state. The branch of the Democratic Party led by New York Rep. Alexandra Ocasio-Cortez does not play well there.

Joe Manchin is a true son of West Virginia. Born and raised in the small coal mining town of Farmington, the 73-year-old senator has represented his state in almost every way humanly possible, including as governor for six years. He has spent his life in West Virginia, was educated there and is extremely popular in the state in no small part because he is seen within the state as a very conservative Democrat.

Entering his 11th year in the Senate, Manchin is not an unknown on the national political stage. But in the past few days, while many pundits have referred to him as both the new king and the new kingmaker of Congress, perhaps a more accurate description would be the importance of a newfound focus on West Virginia itself.

TRENDING: Cal Thomas: Here’s How Democrats May Give Republicans a Majority in 2022

The lingering idea that West Virginia, with its many problems, is somewhat of an outlier state is unrealistic.

The problems that West Virginia has endured for decades are indicative and reflective of the nation as a whole. West Virginia has simply suffered the misfortune of enduring many of these problems at the same time, while other states deal only with some of them.

The national picture of West Virginia from U.S. News & World Report isn’t great. The state is ranked 48th in health care, 44th in education, 50th in economy and 50th in infrastructure.

All of these aspects of the lives of West Virginians are both political and practical. We live in an era where political ideas always reduce themselves to reality, and the reality of the next four years for West Virginia and the nation is as follows.

Do you think Joe Manchin will block much of Biden’s agenda in the Senate?

The Senate is equally divided with 50 Republican members and 50 Democratic members. As we have all heard countless times since the November election, this means that Vice President-elect Kamala Harris will cast every tie-breaking vote, and we know exactly where her vote is going every single time.

But it will only take one defection to block any issue central to the Biden campaign and the list of promises and reforms most experts project that the Biden administration will make. And from where we sit today, it seems that the most likely person to fail to support a key Democratic Party and Biden administration initiative on any given vote is Manchin.

If we look at the past four years, it seemed that the strategy of key Republican senators who needed some good public face among their home state constituents was to vote in line with President Donald Trump but voice, as Maine Sen. Susan Collins did so many times, some verbal “disapproval” with the president and his policy.

But if we look back upon the last four years, we can probably count on a single hand the number of key Republican dissensions on votes central to the Trump administration’s core beliefs and values, and certainly none that really mattered in the big picture.

It is going to take deeper political calculus to see if the Democratic Party acts in similar ways, or if the only way for senators such as Manchin to secure their political future is to vote outside of party lines.

RELATED: Democrats’ Push for $2,000 Checks Hits Roadblock When One of Their Own Says ‘Absolutely Not’

There is also a complicating factor that too few people are discussing today.

It seems clear to most political observers that President-Elect Joe Biden has no plans to run for a second term, rather preferring to hand off his administration to Harris. If this is indeed the case, how will traditional lines of congressional loyalty to a new president, who is generally expected to serve two terms, change with an anticipated change in administration?

And there is a critically important factor that further complicates not only the machinations of the Democratic Party, but those of the GOP as well.

These are both deeply fractured parties, each exhibiting a remarkable inability over the past four years to get out of its own way. How unified each of these parties can at least appear to be may determine how quickly the nation can set itself on a course to a similar reunification.

But from the Democratic side of things, the party is not simply fractured but in a transition to a new look and feel. It is a party with far greater extremes than the GOP, with Ocasio-Cortez representing the extreme left of the party and Manchin arguably representing its “extreme” right.

No matter which party members we assign to these roles, the Democratic Party truly has a massive ideological and practical gulf as we enter the Biden administration.

What will end up determining how solid the 50-50 tie in the Senate is for the Biden administration and for the Democratic Party is the willingness of the party to come together on issues central to its common vision.

One can only wonder where there is a lack of a common vision, will the notion of unity test the elasticity of that vision and the future of the Democratic Party itself?

Whether Manchin becomes kingmaker or king-breaker, what is certain is that the path to meaningful policy changes coming from the office of the nation’s chief executive will surely pass through his door.