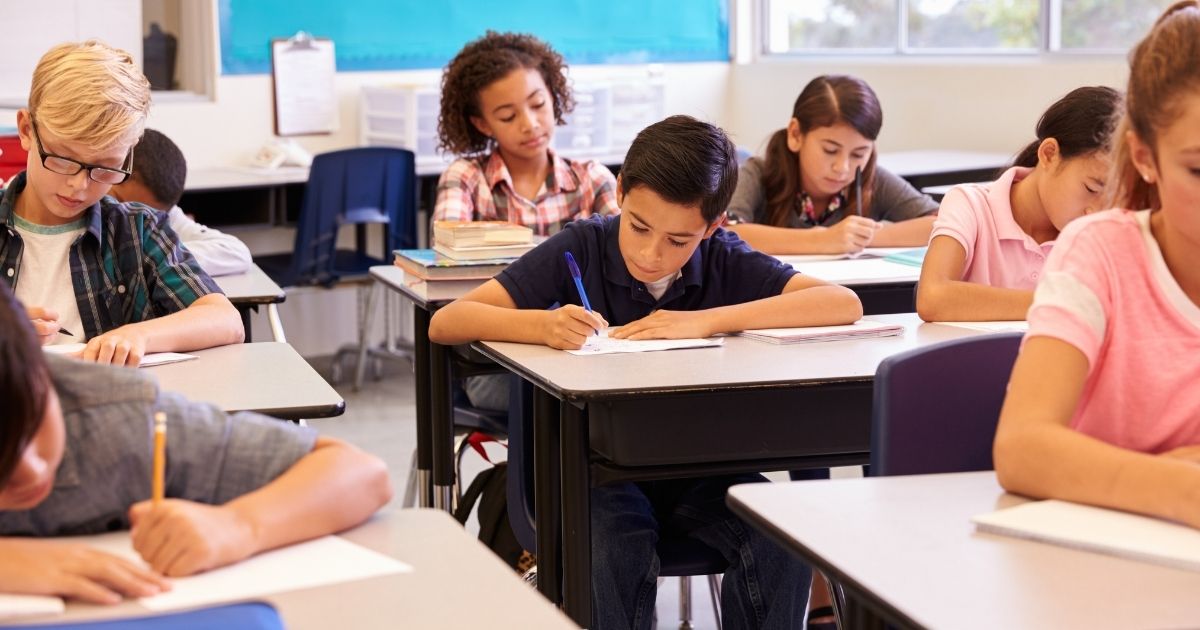 The American education system has been stagnant for decades with student performance remaining largely unchanged since the 1980s despite massive increases in funding and staffing.

Some critics place the blame on a concept called the “achievement gap.” The achievement gap points out that there is a huge difference in student performance between school districts with different average income levels where the poorer areas perform worse than richer ones.

Systemic racism has also been blamed for the gap, but the 2020 U.S. Census data disputes that. Eighty-eight percent of African-Americans complete high school while the national average for all Americans is 90 percent. In regard to higher education, the percentage of minorities earning college degrees has increased since the year 2000 while the percentage of white people has decreased by 12 points.

However, despite the data, the emphasis on racial “fairness” has been embraced by political leaders and policymakers. By their definition, fairness can only be achieved when student bodies accurately mirror America’s own demographic percentages.

This results in policymakers lowering their academic standards to accommodate more potential students while also practicing racial discrimination in order to obtain racial fairness. While this strategy might accomplish the short-term goal of appearing to be fair, it will harm the integrity and quality of the education system in the long term.

The United States has traditionally been thought of as a meritocracy. Asian-Americans are the most recent example of the success of this system. Most Asian-Americans come from families that immigrated to the U.S.A. during the 1960s and after. Today they are the highest-earning subgroup of Americans, with the average Asian household earning more than the average white one.

Asian Americans also perform better than any other subgroup when it comes to academics. This is because parents instill a work ethic in their children to study hard. Asian-Americans represent less than 6 percent of America’s total population while they also form 22 percent of Harvard University’s student body. For most people, this achievement would be considered an inspiration.

But to the college admissions office at Yale, where Asians make up 14 percent of the student body, this was allegedly viewed as a problem because the Asian students were being represented by more than their proportion relative to America’s total population.

According to a recent lawsuit filed by the Justice Department in 2020, Yale actively discriminated against and rejected Asian prospective students because of their race. This is a real example of systemic racism being committed in modern America under the banner of “fairness.”

This belief that student bodies need to mirror America’s diversity with perfect proportions has now seeped into the public school system.

Larger school districts, like those in New York City and Fairfax, Virginia, have multiple high schools. Each of these districts has an elite high school that is considered to be among the very best public schools in the nation — Stuyvesant High School and Thomas Jefferson High School.

The schools are open for anyone living in the district to apply to. Students with great grades need to take entrance exams to make sure that they are a good fit for the school, as it could be damaging if a student were placed in a situation where they could not perform academically.

RELATED: Mike Huckabee: I'm Not Joking – Sheet Music Is 1 of the 3 Newest Forms of ‘Racism,' According to Liberals

These schools are true meritocracies, and that has attracted the attention of critics who claim these schools are not fair because Asian-Americans have greater representation than their proportion to the general population. As these critics become more vocal, they have found politicians willing to listen to their grievances and act.

New York City Mayor Bill de Blasio has proposed ending the entrance exams and replacing them with a lottery, meaning that students at the elite school will get there through chance instead of qualification. Fairfax is considering the same idea. While there are plenty of people who are happy with this and call it fair, the fairest scenario is one where students secure their spot on their own accord.

The Wrong Way to Close the Achievement Gap

School districts across America offer gifted and honors classes for high-achieving students. But some school districts are canceling these programs — not because of budget cuts or something better, but because these programs are not considered fair since they do not accurately reflect America’s diversity. There are too many Asian and white students. While these policy decisions might provide a small shot of dopamine for the social justice warrior making the call, they harm the students and America’s future.

Public schools in America are funded with property taxes. These taxes cost homeowners with school-age children thousands of dollars a year, and many families are not able to afford the tuition for private schools. As a result, American children in public schools are in a situation where the options for academic advancement are dwindling while safety is also on the decline due to a reduction of discipline.

Any decent parent wants to see their children succeed, and for an increasing number of Americans, for this to happen they believe that their child will be better off in a different school.

School choice, the allocation of public education funds for students to choose the school that best fits their needs, public or private, would be fair. It would also encourage competition between schools, which would force each institution to be its best in order to win over students.