Home Daily News Op-Ed: Believe It or Not, Football Fans Will Decide This Election 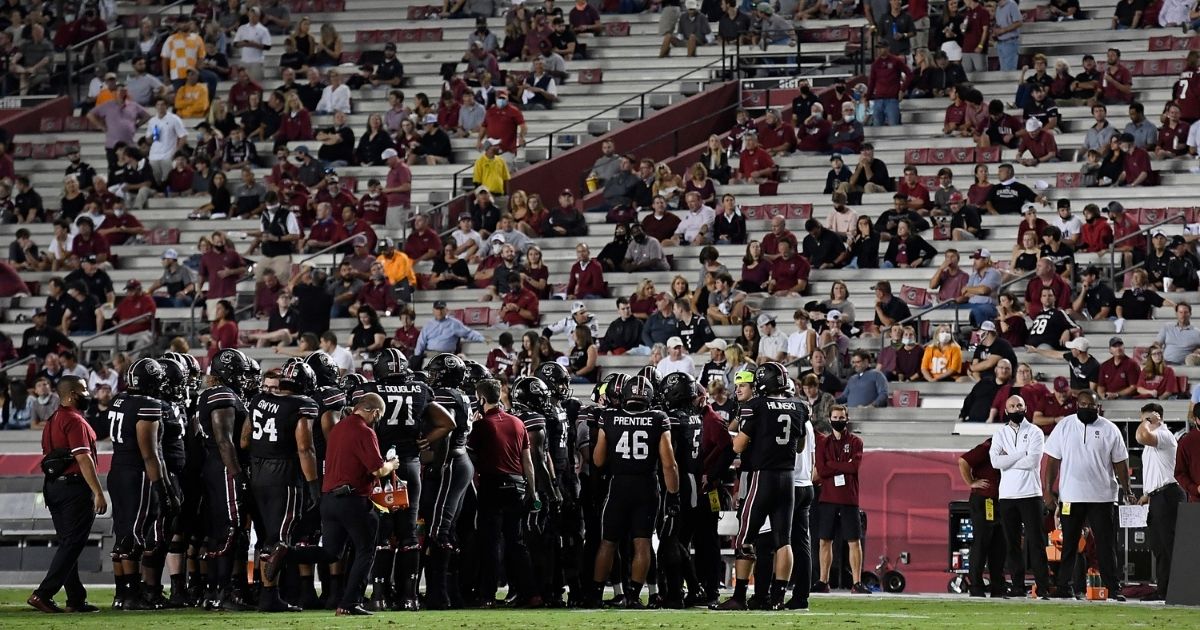 Why is a foreign policy expert writing about the U.S. election?

For one, the election has international consequences, and second, my English is better than my Arabic — barely.

The reason I’m known as an Iraq and Iran foreign policy expert is that I became a domestic policy expert in both countries by talking to Iraqis and Iranians and asking what they think about their government and their future and their trust in American decision-makers.

So it makes perfect sense. I love atmospherics and local voices on regional and national issues.

I work in the bubble that is Washington, D.C., and my foreign friends in foreign lands were left in the dark by the U.S. press in publications and on TV in hotel lobbies and hotel rooms and airports across the globe in 2016.

I told them then that Trump would win based on what I saw in my travels outside the bubble. Of course, I wasn’t alone. Most people traveling Big Ten country saw the same things — things you can’t capture in polls but can only truly ascertain when you get out and see it, when you get out and talk to those who aren’t being talked to.

Driving through Pennsylvania on an early September Saturday, I saw Trump flags, big flags, with an “I dare you to have a problem with it” confidence.

I saw Trump masks and American flag masks and couldn’t help but lump them together. Americans are making political fashion statements (or fascist ones if you side with antifa).

Do you think football fans will decide the election?

I walked into an Irish bar on Main Street and asked why the TVs above the bar weren’t on and whether there was a place in the bar where I could sit and watch college football while I had a beer and something to eat.

The bartender couldn’t hear me, so I removed my left ear-strap of my mask and asked the question again. I was interrupted by a bar-back yelling, “Hey! Put your mask on!”

I responded with, “I have a mask on, brother,” to which he responded, “All the way on!”

I repeated my question and was told that there was nowhere in Pennsylvania where I could sit at a bar and watch college football. I walked up the street and found a high-top in the bar of an English pub and watched college football, had a beer and ate.

This is not the beginning of a bad joke. I walked into an Irish bar…

The Irish bar I chose decided to be extra-constrained by an unpopular governor’s COVID-19 restrictions and the English pub was accommodating customers while staying in compliance. No sitting at the bar, but the high-tops were available. I would have gone back to the Irish bar to point out the differences, but I’m a Scot, a Campbell after all.

Gettysburg was brimming with tourists. You could tell who some were voting for and you could feel the tepid caution and fear from others. There were those who were brazen and there were those who looked terrified they might catch COVID-19 from a Trump supporter.

As I watched the walkers from my high-top over my beer — a snapshot of a very Caucasian crowd with groups pitted against each other in silent contempt and overt offense — I asked myself, what were their “white people problems” and can an election only weeks away alleviate them or exacerbate them?

My next stop was Harrisburg, a city close to the West Virginia border, a good-size town that is not Pittsburgh or Philadelphia. In a state with 10 percent unemployment, draconian restrictions and no Big Ten football on TV as of yet, it’s a city that represents the current state of affairs. I drove to my hotel in the heart of downtown to get a sense of the political climate.

I went into the hotel bar; there was college football on. I sat at a high-top in the bar area and kept my mask on until I was seated.

I was approached by the restaurant manager, who informed me that I would have to order food with any alcohol purchased — I would not be able to have a drink without food even if I was a hotel guest.

I was hungry, so no problem. My waiter showed up with a sign-in sheet and asked that I provide my name, cell and email address. I asked her, “What if a customer refuses to provide this information?” She replied, “just make something up if you don’t want to provide your real information.”

She didn’t want to affect our transactional relationship over a governor’s rule. After all, she’s in the service industry and she works on tips that are only better when there’s a good rapport with a customer. I would reciprocate this hospitality with generosity.

That evening, I had an interesting conversation with the head waiter, who came around to check on people and ensure they were satisfied. He weighed in the economy — “It sucks” — and on his top-three policy-related election concerns — “the economy, COVID-19 and public safety” — and then added a fourth: “Football!”

I asked him how common it was to talk about politics with his customer base and he said it comes up all the time. I asked him what the top issues were and he confirmed my suspicions by saying a variation of Clinton’s ’92 campaign slogan “it’s the economy, stupid” with “It’s the economy and stupid COVID-19 and protests — oh, and football!” lest we forget.

An unpopular governor imposing unpopular restrictions leading to a bad economy and an unemployment rate of 1o percent along with tacit support for violent protests by city and state government officials, and an 0-2-1 Eagles team and no Big Ten football? Who are Pennsylvanians going to blame for this?

It’s hard to blame a Republican president, let alone a bad offensive line, when you have such bad examples of leadership from state leaders.

Pennsylvanians are talking about sports and protests, the economy and COVID-19 and the lack of Big Ten football. These are the top four issues in Big Ten country.

The Biden ad blaming Trump for empty football stadiums failed. Every football fan from high school to college knows that the Democrats want to keep it shut down, and Trump was on the record multiple times saying “open it up; let’s get fans in the stands.”

This issue was helping Trump in Pennsylvania, Michigan, Wisconsin and Minnesota with the football fan voter.

The Big Ten presidents ended up caving to Big Ten coaches and the president. The Big Ten will play their first game the week of Oct. 26, the same week the Republican Senate will confirm a new Supreme Court justice.

Now that’s football and politics — I love it!

Off to Badger Country, where I learned that Republican women in Wisconsin who moved to the suburbs outside of Milwaukee six years ago did so because they wanted a safe neighborhood to raise their children. They are once again “law and order voters.”

The example of a city like Kenosha — a city with a population under 100,000 that is on fire — resonates with this group who now believe their safe neighborhoods could be next, and they are going to vote to keep them safe.

I learned that BLM protesters are causing chaos in white Democratic suburbs in Wisconsin. Like in Pennsylvania, they are alienating the very people who have BLM signs and flags on their property, maybe to state support for “Black Lives Matter” but mostly just pleading to be spared from attack. Who will they vote for?

Governor Tony Evers of Wisconsin reacted too slowly in Kenosha and was criticized for it by all sides, and when he finally caved to Trump’s national guard deployment he was criticized by his base for the move.

So who do Wisconsinites blame for a bad economy, chaos, draconian restrictions and the Big Ten delay and no Packers fans in the stands? We’ll find out in a few weeks.

I will repeat this trip two more times and add stops along the way. I’ve learned that what’s important in D.C., New York and Hollywood is very different from what is important in the battleground states.

They say all politics is local. I’ll define this locality to Big Ten country: The football fan will decide this election.