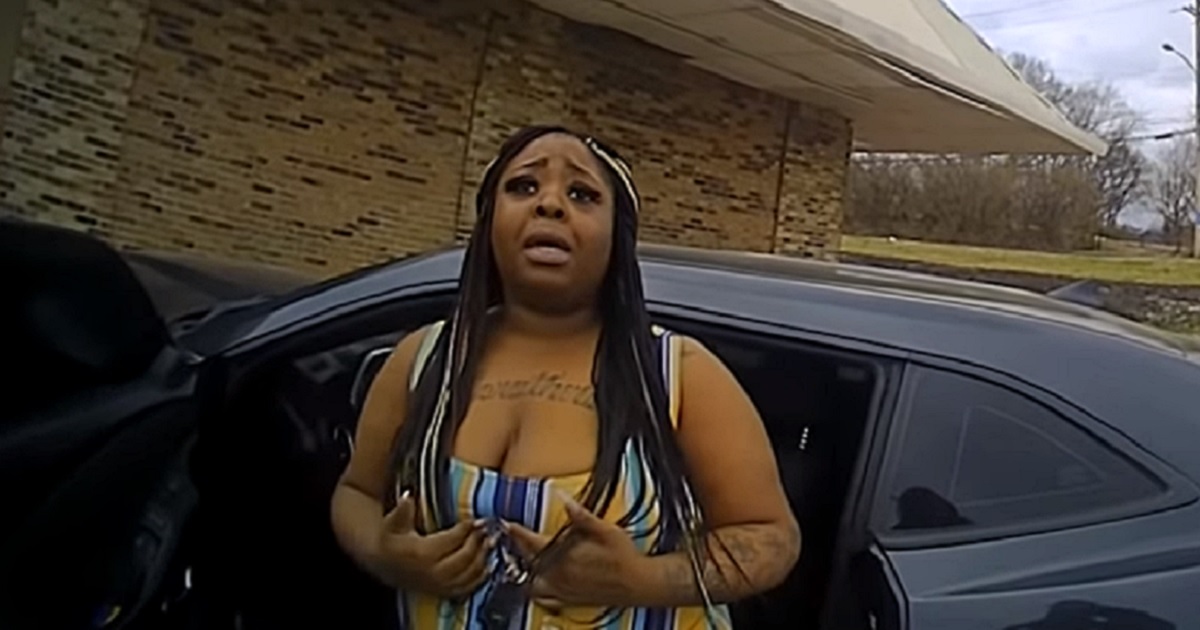 Lest we forget, amidst all the “defund the police” chanting and derogatory graffiti, policing is a dangerous and necessary job.

The vast majority of police officers aren’t corrupt, they aren’t sadistic and they aren’t in their job to lord their power over you. They’re there, as is said, to “serve and protect.”

Metro Nashville police Officer Josh Baker was doing that job when he was shot and critically wounded in the torso after a gunfight precipitated by a traffic stop on Friday morning in Tennessee. The woman who shot him died after being hit by gunfire and crashing the car as she tried to escape the scene.

According to the Tennesseean, Baker was on patrol at roughly 9 a.m. Friday when he spotted a 2015 Chevrolet Camaro registered to a man wanted on six outstanding drug warrants.

The woman who was driving the vehicle — identified as 31-year-old Nika Nicole Holbert — had no license, Metro Nashville Police Department spokesman Don Aaron said, according to the Tennessean.

The stop initially proceeded as routine and Holbert complied with Baker’s directions.

In video footage from Baker’s patrol car and body cam, Baker tells Holbert to stop looking through her bag and hand it over.

Do you think this shooting was justified?

“Listen,” he can be heard telling Holbert. “Just come back here. I just think we’re getting off on the wrong foot.”

Holbert said she was confused as to why she was being pulled over. When Baker searched her bag, he found what appeared to be marijuana and a white powdery substance.

Holbert appeared to make a phone call to her mother and asked her to come to the scene. Baker stepped away to put the alleged drugs in the police car. Things took a turn, however, when he attempted to detain her.

Holbert ran, which prompted Baker to pull out his stun gun and warn her she was going “to get tased.” When she got in the vehicle, he used the stun gun on her — and then can be seen stepping back and telling Holbert “to put the gun down.”

The two exchanged gunfire, with Baker being hit in the torso. Holbert threw the gun in the bushes and attempted to drive away, although she crashed it in a ditch shortly afterward, the Tennessean reported.

She was pronounced dead at Nashville’s Skyline Medical Center, the Tennessean reported.

It’s unclear whether the cause of the death was from a gunshot wound, the crash or some combination of factors.

Baker, meanwhile, was transported to Vanderbilt University Medical Center, where he was initially listed in critical condition, according to WZTV-TV.

He was listed in stable condition on Friday night after undergoing surgery, the Tennessean reported.

The shooting is being investigated by the Tennessee Bureau of Investigations as well as the Metro Nashville Community Oversight to see if Baker followed police policies.

However, the footage from both Baker’s body cam and dash cam — as well as the fact he was shot — seem to indicate the force was justified.

Here is the video released by the Metro Nashville Police Department.

Baker is a 14-year veteran of the Metro Nashville Police Department. His father was once the commander of the precinct in which he currently works.

Holbert, meanwhile, had a history of run-ins with the law, although none were violent felonies.

A criminal history released by the Tennessee Bureau of Investigation stretched from 2008 until 2017, most misdemeanors and most involving drug charges or driving without a valid license.

Her last contact with police was a public indecency charge from 2017.

“We are very deeply saddened,” Johnny Trail of the Hillcrest Church of Christ in Springfield told WKRN-TV.

In a statement, Nashville Mayor John Cooper offered his support to Officer Baker.

“What happened today is a reminder that being a police officer anywhere can be a dangerous job,” Cooper said. “My thoughts and prayers are with Officer Baker and with the families of everyone involved.”

One hopes this vivid illustration of how a seemingly routine stop can turn violent in a matter of seconds reminds people of the dangers of the job long after this case has left the headlines.