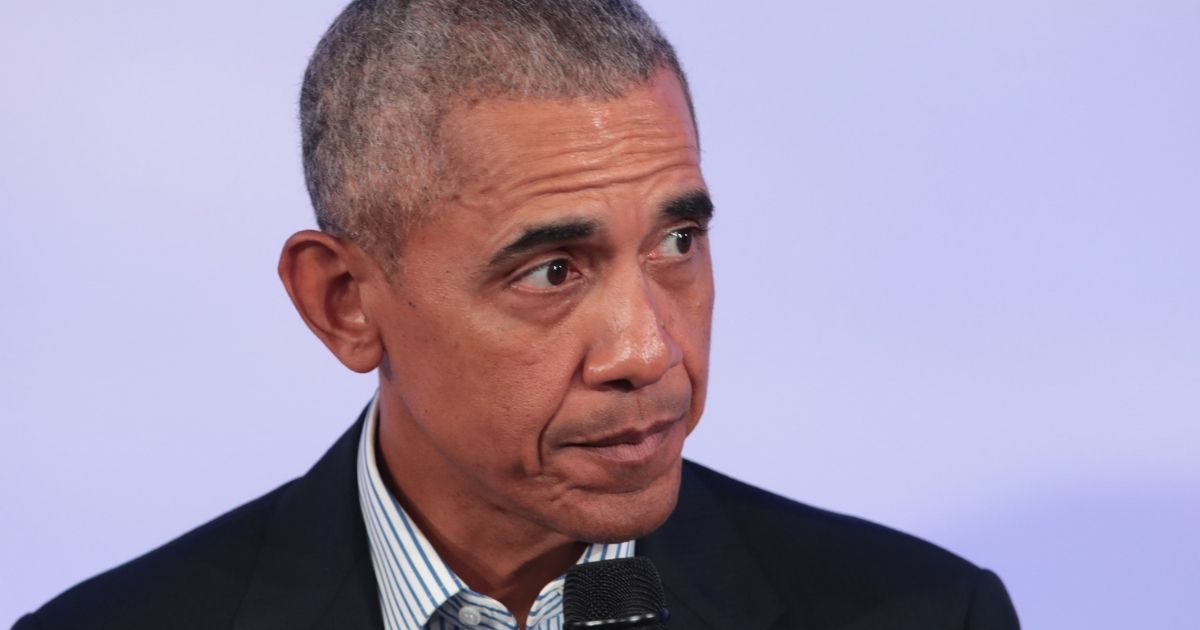 Former President Barack Obama took a shot at his successor, President Donald Trump, on Wednesday while touting his own administration’s handling of the swine flu pandemic.

In an appearance on the Crooked Media “Pod Save America” podcast, Obama engaged in some revisionist history while discussing his and Democratic presidential nominee Joe Biden’s handling of the 2009-2010 H1N1 pandemic.

Obama told the podcast’s host — his former speechwriter, Jon Favreau — that minority and young voters should avoid voting for the president’s re-election.

“Well, let’s take some examples just from this year. We know that COVID-19 disproportionately affects minorities. So those voters you just described, they’ve got a member of their family who may have been killed by COVID or disabled by COVID,” he said, according to a transcript of the podcast.

The former president then blamed Trump for job losses that followed the pandemic response of local and state governments, which included prolonged shutdowns in some areas of the country.

“One thing we know is that just basic competence can end up saving lives,” Obama said. “And so, you know, one thing I would say to anybody who’s skeptical about what government can do generally is to just take the example of when we were in office.”

He added, “You might not have been happy with everything I did, all my policy choices. I didn’t eliminate poverty in America. But when we had a pandemic or the threat of pandemic, we had competent people in place who would deal with it.

“And that’s an example of the kind of thing that government can do and we’ve seen it do. And that, I think, is important.”

Of course, as Vice President Mike Pence pointed out during last week’s vice presidential debate with Biden’s running mate, Sen. Kamala Harris of California, the swine flu pandemic was arguably mishandled, as tens of millions of Americans were infected.

Vice President @Mike_Pence: We know what failure looks like and it’s how the Obama-Biden administration handled Swine Flu#VPDebate pic.twitter.com/CVzIGmXHsr

“[Biden’s] own chief of staff Ron Klain would say last year that it was pure luck, that they did ‘everything possible wrong.’ And we learned from that,” the vice president said.

Indeed, according to NBC News, Klain did say in May 2019 at a biosecurity summit, “We did every possible thing wrong — 60 million Americans got H1N1.”

“It is purely a fortuity that this isn’t one of the great mass casualty events in American history,” he said. “It had nothing to do with us doing anything right. It just had to do with luck.”

Of course, the novel coronavirus gripping the globe is much more severe than the H1N1 virus strain.

The Centers for Disease Control and Prevention’s data on the swine flu pandemic seems to side with Pence, Klain and other critics of the Obama administration’s handling of the public health crisis.

Do you think the Obama administration did a better job handling the swine flu pandemic than Trump has done with COVID-19?

Despite a “complex, multi-faceted and long-term” response that lasted longer than a year, per the CDC, tens of millions of Americans were stricken ill, and the virus caused 12,469 deaths in the U.S. despite being mild in comparison with COVID-19.

An estimated 7.9 million Americans have contracted the coronavirus as of Thursday, according to Johns Hopkins University, which pales next to the nearly 61 million U.S. cases of H1N1 from 2009 to 2010.