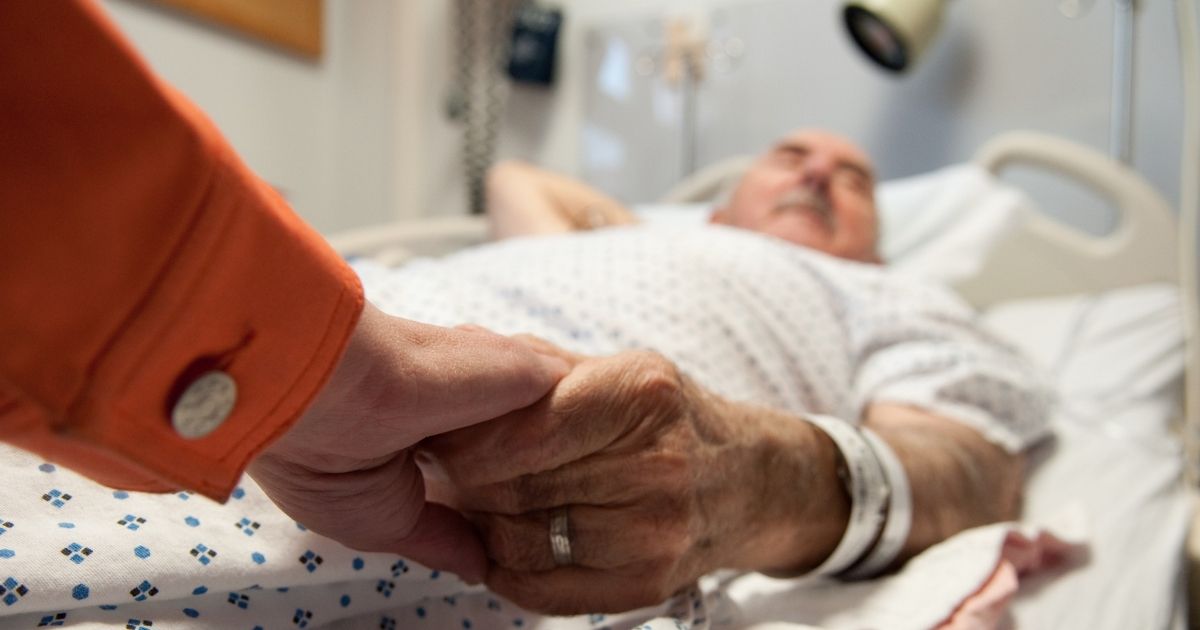 This past week, through a medical miracle, a coronavirus vaccine was first administered to frontline medical workers in New York. The history-making vaccine demonstrated how much Americans can accomplish when working together.

But this early in the mission to get people inoculated, there are only so many doses to go around, so you’d assume that elderly Americans would be among the first group to be protected.

But, if voices printed in The New York Times were to get its way, older and especially white Americans might be forced to the back of the line, where many could likely die.

The newspaper, which seems to have no low with regard to where it will go to push its divisive racial politics, actually gave a platform to those who would prefer white and vulnerable Americans die rather than receive a vaccination before many younger Americans who might happen to have a darker skin pigmentation.

The Times published a story on Dec. 5 that, in essence, argued older white people, including nursing home residents, should not be among the first to receive vaccines for the coronavirus, citing the historical “inequities” of poor Americans and those of color.

“With the coronavirus pandemic surging and initial vaccine supplies limited, the United States faces a hard choice: Should the country’s immunization program focus in the early months on the elderly and people with serious medical conditions, who are dying of the virus at the highest rates, or on essential workers, an expansive category encompassing Americans who have borne the greatest risk of infection?” wrote Times reporters Abby Goodnough and Jan Hoffman.

The question of who should be vaccinated first seems a no-brainier. The coronavirus has ravaged elderly and immunocompromised residents in long-term care facilities across the country this year. That was especially true in New York, where vulnerable residents were forced to bunk with COVID-positive patients. Thousands died.

But according to the Times, as far as vaccinations go, the ethnicity of those who receive the first round of Pfizer’s concoction should absolutely be taken into account.

“An independent committee of medical experts that advises the C.D.C. on immunization practices will soon vote on whom to recommend for the second phase of vaccination — ‘Phase 1b.’ In a meeting last month, all voting members of the committee indicated support for putting essential workers ahead of people 65 and older and those with high-risk health conditions,” the Times reported.

Do you consider The New York Times, at this point, to be a serious publication?

“Historically, the committee relied on scientific evidence to inform its decisions. But now the members are weighing social justice concerns as well, noted Lisa A. Prosser, a professor of health policy and decision sciences at the University of Michigan,” added the paper.

The fact that the Times would even give a voice to such a disgusting narrative is disturbing, and is further evidence that the American left is always seeking reparations for perceived white privilege.

The apparent answer here is to level the playing field by letting older and more frail white Americans die or remain isolated so that younger, and more diverse, frontline workers such as grocery store clerks can cut in line.

After all, according to the paper, “The essential workers on the federal list make up nearly 70 percent of the American labor force.”

“Ultimately, the choice comes down to whether preventing death or curbing the spread of the virus and returning to some semblance of normalcy is the highest priority,” the paper concluded.

The New York Times of course scraped the bottom of the barrel to find a source to justify its argument for why frail and white elderly Americans should be relegated to waiting for death in lonely nursing home rooms. The paper spoke to Harald Schmidt, who is ironically an ethics and health policy expert who works for the University of Pennsylvania.

Schmidt was quoted as saying that younger, ethnically diverse frontline workers should receive the first doses. His rationale: “Older populations are whiter.”

“Society is structured in a way that enables [older white Americans] to live longer. Instead of giving additional health benefits to those who already had more of them, we can start to level the playing field a bit,” he said.

The New York Times, in its callous, racist disregard for elderly and white Americans, did offer the other side of the argument, which is why the most vulnerable should be vaccinated first.

That argument is so obvious it doesn’t need to be stated. Those who are at the greatest risk for complications should be vaccinated. Period. End of story.

But the issue is how the paper framed the opposition from those who promoted saving the lives of the elderly over social justice.

“Still, some people believe it is wrong to give racial and socioeconomic equity more weight than who is most likely to die,” Goodnough and Hoffman wrote.

Some people think it’s wrong to prioritize life over social justice? Are these people nuts?

That question is, of course, rhetorical. Any person who would prioritize social justice or cite historical inequality in a life or death situation for some people is deranged.

The establishment media and Democrats cared about saving every life from what they deemed Trump’s virus — until President Donald Trump facilitated the historical development of a vaccine that could end a pandemic in record time. Now, the young, minority store clerks must be vaccinated, posthaste, to make up for Robert E. Lee’s rebellion — or something like that.

Now that President Trump’s administration is on the offensive against the disease that the media leftists used to torpedo him for an entire year, they’re playing politics with who should get vaccinated first.

Naturally, they’ve already reduced themselves to using the vaccines as a method for righting perceived historical wrongs against minority Americans.

The same collective of people who were dogged by a narrative they wanted to “kill grandma” when the Affordable Care Act was being rammed down the throat of Americans more than a decade ago is now perfectly OK with letting grandma die, just as long as she’s white.