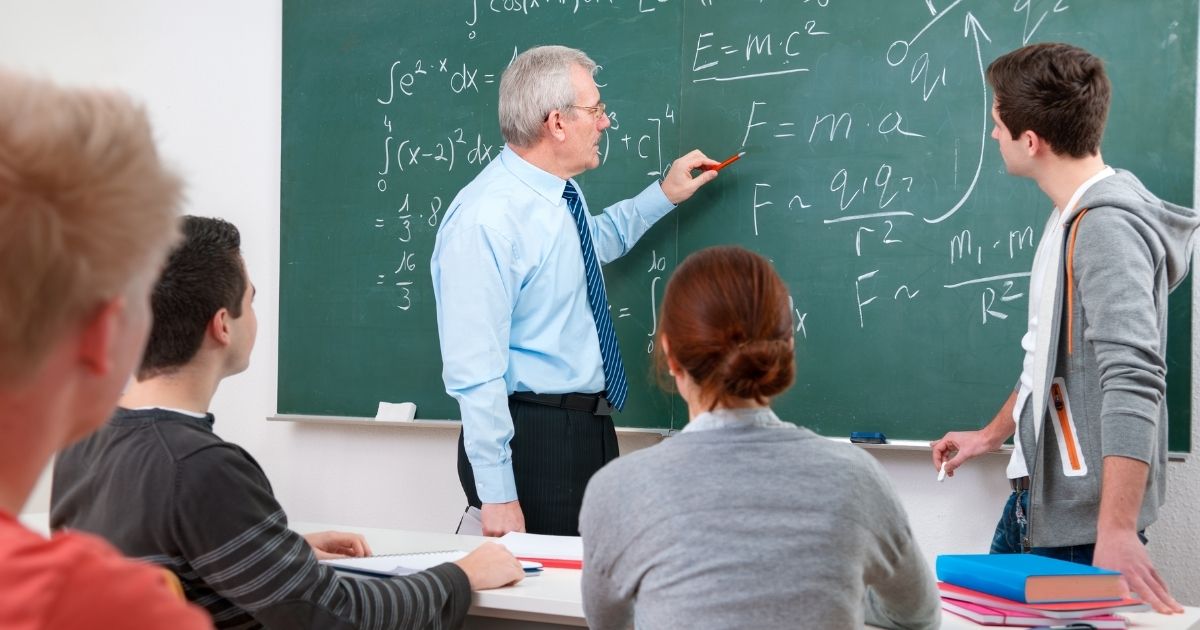 A Manhattan math teacher has been “relieved of his teaching duties” after speaking out against what he’s rightly characterized as the critical race theory “indoctrination” students at the private school are being subjected to.

Paul Rossi had been engaged in a rather public dispute with Grace Church High School over his criticism of the decidedly progressive “anti-racism” pedagogy that has recently gained such prominence on the national stage — and appears to be deeply embedded in the academic culture of the elite private school.

Last week, Rossi penned a lengthy rebuke of the ideology being pushed at the school for center-right ex-New York Times columnist Bari Weiss’ Substack newsletter, “Common Sense,” in which he defended the title declaration “I Refuse to Stand By While My Students Are Indoctrinated.”

The piece was inspired by a fateful “self-care” whites-only Zoom meeting for faculty and students (such segregated meetings, Rossi noted, have become “commonplace” at the institution) in which he had pushed back against the idea that things like “objectivity” and “individualism” were “characteristics of white supremacy.”

Rossi explained in his piece that while he had felt obligated to provide the students with a different perspective than what, by his account, they were being forced to affirm by the school even to the point of signing a “Student Life Agreement” that stated that “the world as we understand it can be hard and extremely biased,” and committing to “recognize and acknowledge their biases when we come to school, and interrupt those biases,” else they would be “held accountable should they fall short of the agreement.”

TRENDING: Judge in Chauvin Trial: Maxine Waters’ Statement ‘May Result in This Whole Trial Being Overturned’

“I wanted to be a voice for the many students of different backgrounds who have approached me over the course of the past several years to express their frustration with indoctrination at our school, but are afraid to speak up,” Rossi wrote.

“It seemed like my questions broke the ice. Students and even a few teachers offered a broad range of questions and observations. Many students said it was a more productive and substantive discussion than they expected,” he explained of the Zoom meeting.

The backlash at the school was fierce, however. Although the content of the meeting was supposed to be confidential, Rossi was soon informed he had caused “harm” with his words and ideas. High school teachers were ordered by the head of the school to read a “public reprimand” of his conduct aloud to their classes.

Following his piece in Weiss’ newsletter, Rossi told the U.K. Daily Mail he was asked to stay home, although school officials told the British tabloid that he was not being fired.

Do you think critical theory is a threat to freedom?

On Sunday, however, the school issued a letter to parents explaining that Rossi had been “relieved” of his position as a teacher at their institution, as Fox News reported.

“The well-being of our community is our first priority, and we take it seriously whenever students raise concerns about the professionalism of a teacher,” the school head, George Davison, wrote. “It is clear to me that Paul cannot be effective as a teacher at Grace any more. I have informed him that he is relieved of his teaching duties, and we’ve asked two support teachers to take over his math classes for the final quarter. He has been asked to not come into the building without prior coordination.”

“We find it regrettable that Paul Rossi chose to air his grievances with the school in the press, especially with an account that contains glaring omissions and inaccuracies,” the letter also read.

Rossi did not take this sitting down.

He quickly fired back a scathing letter, accusing the school of misrepresenting what had taken place and Davidson of having privately agreed with him during a phone call in March. The school told Fox News that Rossi had misquoted the school head, but a recording from the organization Foundation Against Intolerance and Racism undermines this claim.

RELATED: Publisher Kills Distribution of Cop's Book Daring to Tell the Other Side of Breonna Taylor Tragedy

In the recording, it seems Davidson does agree that the school is demonizing white children who have done nothing wrong, one of Rossi’s major points of contention with the “anti-racism” ideology the school is so committed to.

Rossi described the difficult “minefield of double-binds” that white students are made to navigate at all-school meetings on race and gender issues he attended, which, “[a]ccording to the school’s own standard for discursive violence … constitutes abuse.”

On the one hand, they are told to “interrogate their ‘white saviorism’” while on the other urged to “not make their antiracist practice about them.”

If this ideologically extreme brand of “anti-racism” and the “darned if you do, darned if you don’t” moralizing sounds familiar, it is because while critical theory has been around for some time, its talking points have bulldozed their way into the mainstream over the last few years.

This school isn’t operating much differently from the machine of leftism as a whole.

Ideological authoritarianism is one of the biggest threats to freedom today, and it is dressed up in the same heartfelt language of combating racism and bias as they are using at this school.

Rossi is just the latest victim of a statist cult that refuses to be criticized. The religion of critical race theory has many adherents within mainstream progressivism, and if they have their way, they’ll run the state the way Grace Church High School runs its academic institution and find a way to quickly dispose of dissenters.