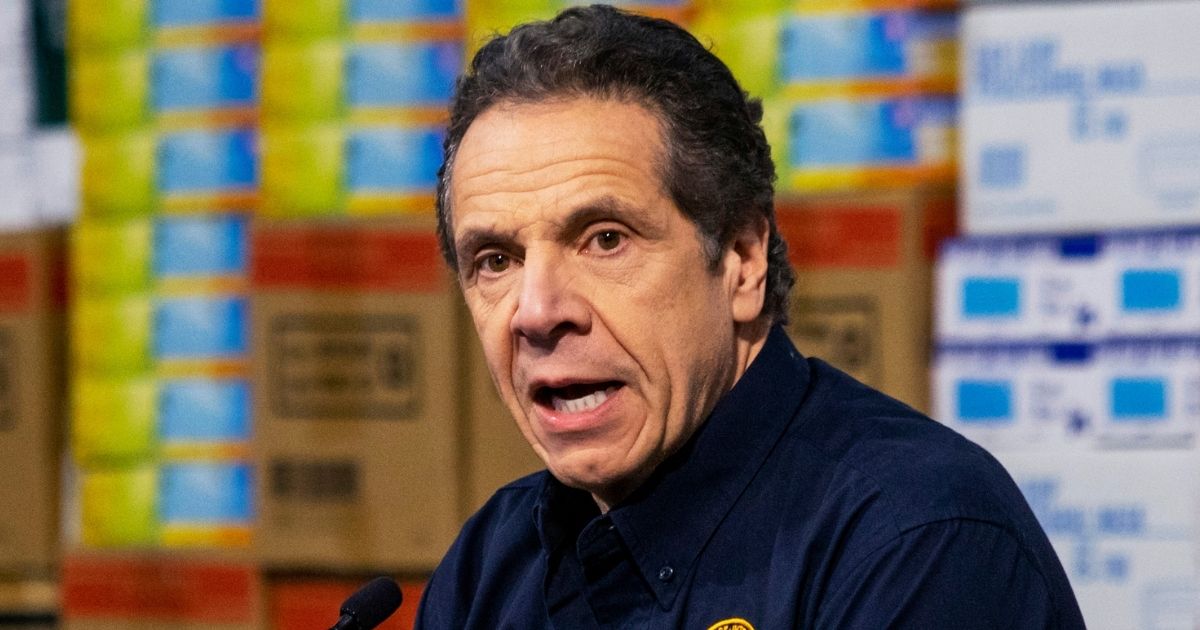 A sheriff in New York state has announced he will not enforce Gov. Andrew Cuomo’s executive order limiting gatherings in private residences to 10 people or fewer for Thanksgiving.

Fulton County Sheriff Richard Giardino on Saturday stated, in no uncertain terms, that Cuomo’s order will not be enforced in the New York County.

Picking apart the mandate, he wrote on Facebook that an “Executive Order applying directly to citizens for their private conduct is usually not a law in the sense that there are no penalties attached and you can’t be arrested.”

“With regard to the Thanksgiving Executive Order, the Fulton County Sheriff’s Office will NOT be enforcing it against our County residents,” he vowed. “Frankly, I am not sure it could sustain a Constitutional challenge in Court for several reasons including your house is your castle.”

If the sheriff sounds well-versed in executive orders, laws, crime and punishments, that stands to reason.

Sheriff Giardino has a law degree.

He even seemed to give the Democratic governor an ultimatum: try me in court.

He added that, due to his background in law, he “couldn’t in good faith attempt to defend [enforcing the executive order in] Court, so I won’t.”

Do you think Cuomo’s executive order is more about exerting power than it is about health?

“Who and how many people you invite in to your home is your business,” he said, “unlike outdoor gatherings which may receive a police response if disorderly or other violations of public nuisance laws occur.”

“We have limited resources and we have to set priorities, so obtaining a Search Warrant to enter your home to see how many Turkey or Tofu eaters are present is not a priority. We won’t be doing that. The only way to enter your residence is if we have a warrant, we are invited in or an exigent or emergency circumstance exist. We have three patrols a shift for 500 square miles, monitoring Family Dinners aren’t our priority,” he added.

Giardino then urged his county’s residents not to hide their cars or take other measures to throw law enforcement off their trail.

He had a simple message for those being psychologically brutalized by the year’s events, and the government’s response to them: enjoy your Thanksgiving.

“2020 has been the most chaotic year for so many people between the CV19, job furloughs, or loss of jobs, interference in education and every other activity. The riots and civil unrest which have cost millions of dollars and damaged or destroyed thousands of businesses and injured multiple people,” he wrote.

“The constant barrage of Government Regulations and control over your daily lives has added to mass depression, the exacerbation of other medical conditions due to stress and the disruption of your normal routine,” Giardino added.

“With that said most people want a time to be thankful for the good things we have including family and friends. I urge you to use good judgement, wear masks, wash and disinfect frequently and social distance.”

Giardino’s argument is that Cuomo’s executive order is not law, so there is no punishment attached that can logically be applied to those who are in violation of it.

But you kind of get the feeling this was a polite way for the sheriff to tell Cuomo and his cronyism to shove off.

The governor has yet to respond to the sheriff.

Cuomo, who packed nursing homes in the Empire State with COVID-19 positive patients early this year, announced the executive order last week via Twitter, and laughably invoked “science” for his reasoning behind attempting to control the holiday plans of all New Yorkers.

We know indoor gatherings and parties are a major source of COVID spread.

To slow the spread, NYS will limit indoor gatherings at private residences to 10 people.

A number of state law enforcement agencies, now with the addition of the Fulton County Sheriff’s Office, aren’t interested in enforcing the order.

Erie County Sheriff Tim Howard actually told WGRZ-TV that his deputies would not make any attempt to enforce the order.

“I have no plans to utilize my office’s resources or Deputies to break up the great tradition of Thanksgiving dinner,” he said in a statement.

“This national holiday has created longstanding family traditions that are at the heart of America, and these traditions should not be stopped or interrupted by Governor Cuomo’s mandates.”

“My office will respect the sanctity of your home and traditions, and I encourage you to follow your heart and act responsibly, as well as do what best for your family,” Howard added. “On behalf of everyone at the Erie County Sheriff’s Office, I want to wish you and your family a Happy Thanksgiving.”

New York, a sizable state, is arguably run almost entirely out of Albany and New York City, leaving the rest of the population held hostage by the leftist ideologues.

But the communities that make up the rest of the state seem to have a knack for common sense and an appreciation for the Constitution.