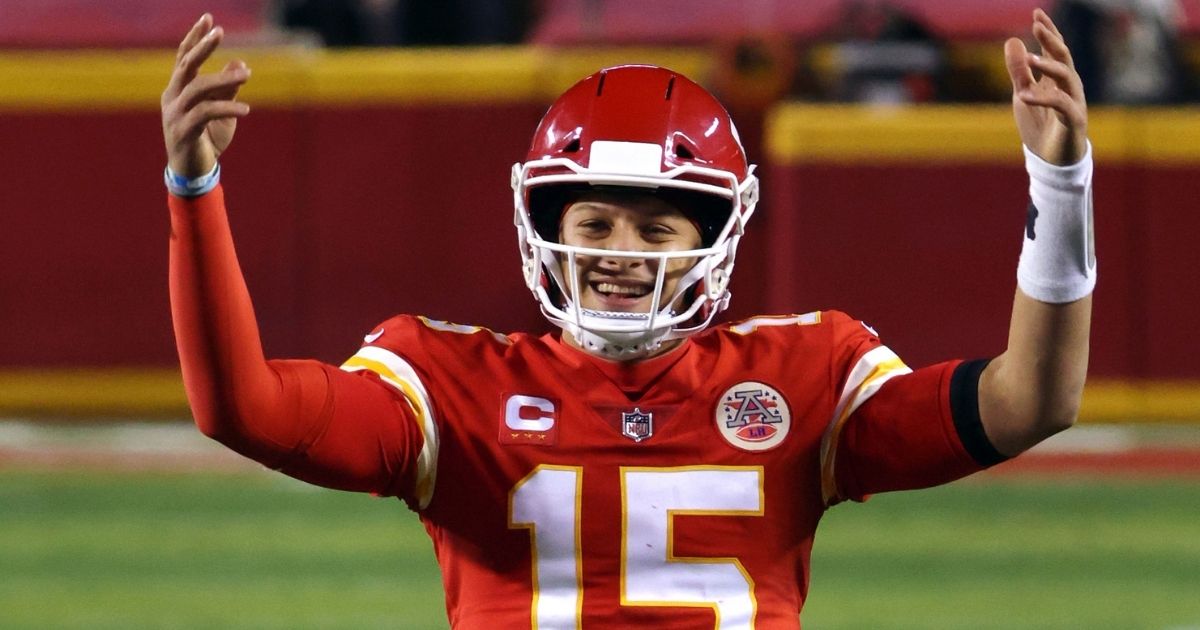 They will be wearing different colors Sunday when they take the field for the Super Bowl, but members of the Tampa Bay Buccaneers and Kansas City Chiefs have one thing in common that transcends football — their faith in God.

Sports Spectrum, an outlet that focuses on the intersection between faith and sports, posted on Twitter a series of comments from Super Bowl athletes who were asked to speak about their faith.

“You’re doing it for something that’s much bigger than yourself.”

– #Chiefs QB @PatrickMahomes on why his faith is important to him pic.twitter.com/dW2RdMCAjH

Scotty Miller, a wide receiver for Tampa Bay, noted that faith has been an integral part of his life and welcomed the chance to speak publicly about it.

“Without Jesus coming down and dying on the cross for our sins, none of this would be possible. So I just like to give him thanks as much as I can in the media,” he said.

“So if everyone can know that I believe that I’m saved because Jesus Christ died on the cross for my sins, and I believe that, then I think that’s the most important thing,” Miller said.

“Without Jesus coming down and dying on the cross for our sins, none of this would be possible. So I just like to give Him thanks as much as I can in the media.”

Vita Vea, a defensive lineman with the Buccaneers, noted that he had “family and friends praying for me” as he made a comeback from a fractured ankle this season.

“I’m extremely blessed to have the opportunity to make it back,” he said.

“I relied on it a lot. I had a bunch of family and friends praying for me.”

Bucs DL Vita Vea shares how he has been relying on his faith in God throughout his recovery and comeback. #sportsspectrum pic.twitter.com/2TqQmpQZP5

RELATED: Fighter Who Said He Would ‘Whoop’ Jesus Gets Torn Apart in Round 2 of UFC Fight

Tampa Bay kicker Ryan Succop told the story of his signing with the Bucs and how all of the doubts and fears he had about his future were addressed through his faith.

As Succop walked out of his hotel after a thunderstorm, he looked toward the stadium where the team plays and saw a sight he will never forget.

“There’s a rainbow that goes directly over and it looks like it goes into Raymond James Stadium,” he said.

“I’m not like one of those guys that, like, gets, ‘Oh this is a sign’ … but it was unavoidable,” he said, saying he thought, “Oh my gosh, the Lord is showing me he wants me to be here.”

Listen to this awesome story from Buccaneers kicker @ryansuccop and the moment he knew he was going to sign with Tampa. 🌈

Although from the size of him, it would seem that Kansas City offensive lineman Stefen Wisniewski gets his strength from working out, he said that’s not the whole story.

“God’s my joy. … He’s my joy, he’s my strength. On great days, that’s still the best part of my day, and man, on a bad day, that’s what carries me through,” Wisniewski said.

“God’s my joy. He’s my joy, He’s my strength. On great days, that’s still the best part of my day. On a bad day, that’s what carries me through”

Chiefs star receiver Tyreek Hill said he had studied Romans 8:16-18 and it had special meaning for him.

Tyreek Hill @cheetah ends his media session with a mention of his Bible Study, his YouTube channel and his gold chain. pic.twitter.com/H5BN2mHABo

“It says ‘present sufferings with the hope of future glory.’ Man, let that sink in your heart before you go guys to sleep tonight,” Hill said.