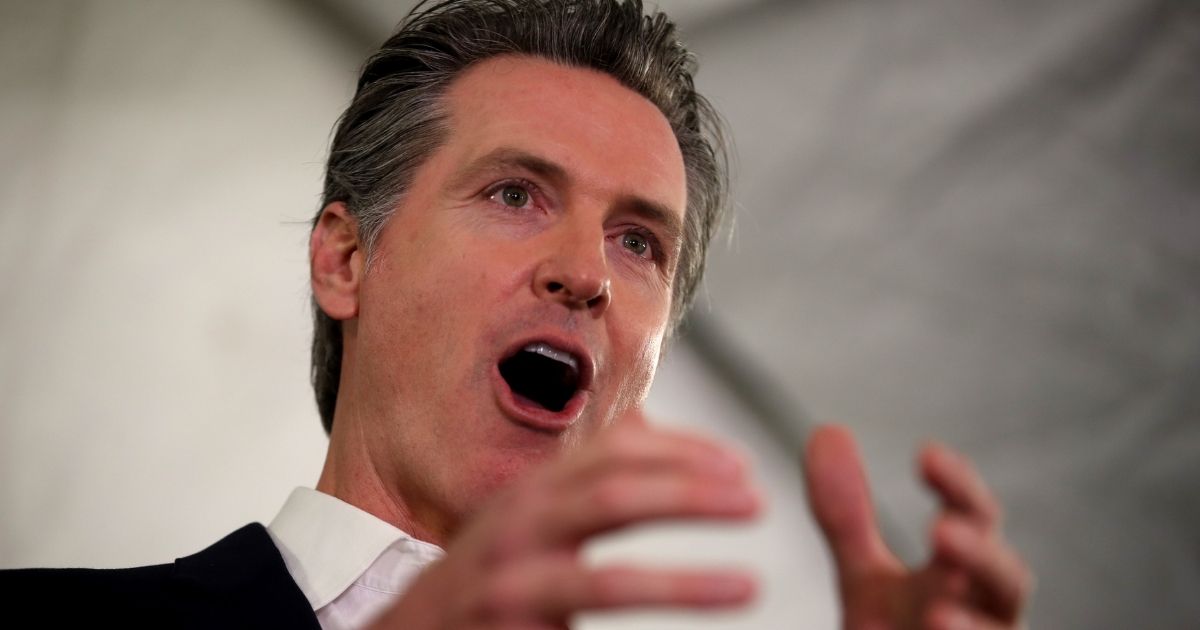 Although the effort to recall California Gov. Gavin Newsom has topped the legal minimum of just under 1.5 million signatures to force a vote, organizers are keeping a wary eye on state officials who are winnowing down the signature total.

On Saturday, organizers of the effort to hold an election that could lead to Newsom’s recall said they had collected 1.5 million signatures, more than the 1,495,709 needed to force a vote, according to KABC-TV.

But nothing is ever quite that simple.

As organizers keep getting more signatures, officials with the office of the California secretary of state go over the list to exclude those state officials say are ineligible.

The most recent update from the office of the secretary of state said that as of Jan. 6, 16 percent of the signatures filed were invalid.

Organizers said they will keep gathering signatures through the March 17 deadline to replace those stricken by the state.

“We’re not there yet. We wanted to take the opportunity to celebrate the milestone along the way. But our job is not done. We’re working as hard as today as we were yesterday, and we’re going to work harder tomorrow,” Randy Economy, senior adviser and official media spokesman for Recall Gavin, told Fox News. “And if it wasn’t for this amazing group of volunteers that have dedicated so much of their lives, we wouldn’t have gotten to this point.”

Do you think Gavin Newsom should be recalled?

Orrin Heatlie, who launched the recall effort, said he is “confident” in the group’s work.

“We are going to continue working until the very end and we have run through the tape,” Heatlie said.

Former San Diego Mayor Kevin Faulconer, a Republican, has said he will enter the recall race. Republican John Cox, who lost to Newsom in 2018, has also said he expects to run.

There is also speculation that Richard Grenell, who served in the Trump administration as an ambassador to Germany and acting director of national intelligence, may run.

As potential candidates emerge, supporters are focusing on having enough signatures to overcome any amount of those that are rejected.

Newsom recall proponents say on the radio tonight that they’ve surpassed 1.5 million signatures. If the most recent validity rate (84.4%) holds, they still need to collect at least a few hundred thousand more in the final month to qualify.

the recall Newsom people are saying they have more than enough signatures needed to hold a recall election. however, we need to wait for them to be verified by the state and it is also possible that after any invalid or duplicates are tossed, they won’t have enough

Don’t become complacent and overconfident. The recall needs 300,000 more signatures to qualify for special election. It’s anybody’s game. Help us get to the goal before the clock stops March 10. Get your petition at #recallgavin2020.com fill it out and mail it in today.

RecallGavin2020.com, the movement’s website, says Californians have many reasons to want to hold a recall election that could replace Newsom.

“Did you struggle to run a business, even before this lockdown, because of overregulation and the highest taxes in America? Did you lose your livelihood when Gavin Newsom signed AB 5, which made it illegal for many companies to negotiate with independent contractors? Then join the Recall Gavin 2020 movement,” the site says.