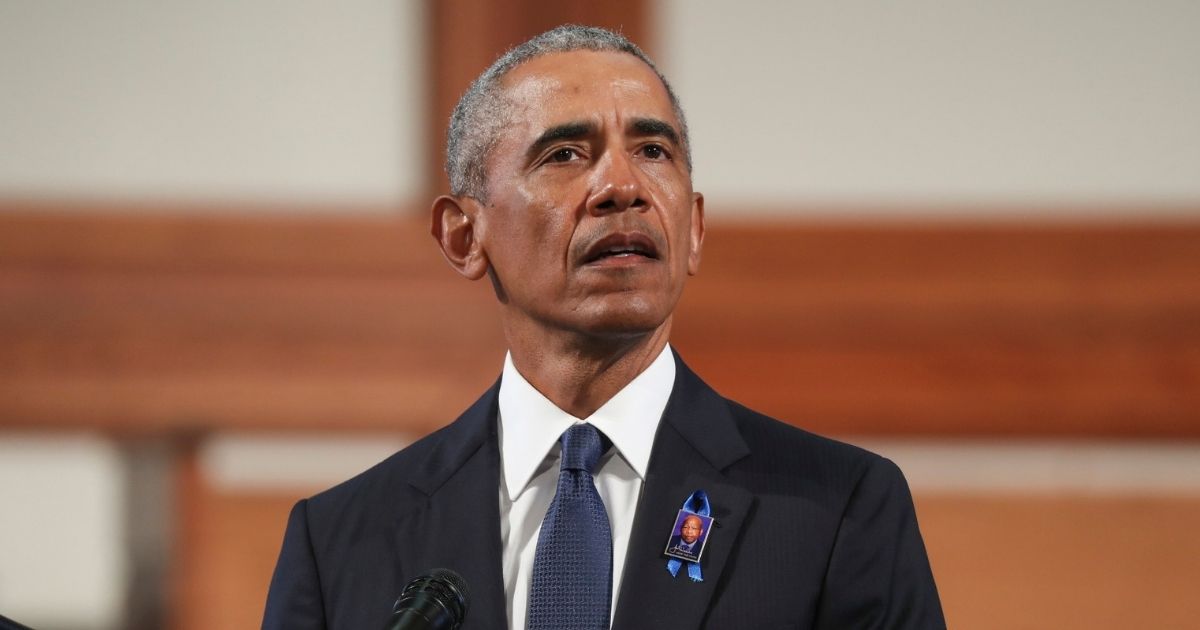 If there was any doubt before, documents declassified Tuesday by the head of the country’s intelligence services made it official:

The plot to Donald Trump’s bid for the presidency of the United States, and the investigations that plagued his administration from before it even began, stretched right into Barack Obama’s Oval Office of four years ago — and right into the current presidential campaign.

That’s the unavoidable conclusion from handwritten notes made public by Director of National Intelligence John Ratcliffe on Tuesday.

And even if the mainstream media does its best to ignore the news, the truth is coming out.

As conservative commentator and author Mark Levin put it, “this is big.”

According to Fox News, the notes were taken in 2016 by then-CIA Director John Brennan (the swampiest of the anti-Trump swamp creatures) after a meeting with Obama where Brennan briefed the president on then-Democratic candidate Hillary Clinton’s plan to tie Trump to a Russian intelligence operation.

“We’re getting additional insight into Russian activities from [REDACTED],” Brennan’s notes state, according to Fox. “CITE [summarizing] alleged approved by Hillary Clinton a proposal from one of her foreign policy advisers to vilify Donald Trump by stirring up a scandal claiming interference by the Russian security service.”

Do you think the mainstream media will try to bury this story?

The notes contain the date “on 28 of July,” Fox reported. Obama’s response was redacted.

President Donald Trump’s sweeping order Tuesday that released all documents related to the “Russia collusion” investigation — known inside the FBI as “Crossfire Hurricane” — without redactions could supply the smoking gun of Obama involvement, but Brennan’s notes alone are enough to show Obama was well aware of the sabotage the Clinton campaign was already crafting for Trump.

As a memo released last week reported by Fox indicated, the “Trump collusion” narrative was deliberately invented by the Clinton campaign as “a means of distracting the public from her use of a private email server.”

Seriously, it was Hillary’s desperation to avoid responsibility for her own behavior that plunged her country into years of turmoil.

As the 2020 vote on Trump’s re-election approaches, it’s vital that the country as a whole knows what Democratic conspirators in Washington have known for years — that the relentless attempts to handicap Trump that started months before a single vote was cast in the general election had the knowledge, and likely the blessing, of the president who preceded him.

The fact that Joe Biden, the man currently challenging Trump for the presidency, has built his campaign on his close working relationship with Obama shows just how desperate that cabal is to regain control of the country.

And how vital it is that that be prevented by Trump supporters.

As one intelligence official told Breitbart:

“The American people deserve to see how the Obama-Biden White House and their appointees at DOJ and CIA politicized our work, because many of them are trying to regain power now. We just want to keep the American people safe. It’s what we spend every waking hour focusing on. We don’t want to go back to our important work being abused as a political weapon of the Democrats.”

There’s really no way to overstate the importance of what happened during the election of 2016 and during the special counsel’s “Russia collusion” probe that plagued two years of the Trump presidency and is still making news today. In an interview published by Politico over the weekend, Andrew Weissman, the closest aide to former special counsel Robert Mueller, was still using allegations about Russia to smear Trump.

And now, there’s really no way for Democrats to claim Obama was not implicated in it — and no way to avoid concluding the man Democrats are backing to be the next president of the United States was not just as involved.

In a Twitter post Tuesday, Catherine Herridge of CBS News, who has long been one of the sharpest journalists covering the story behind the “Russia collusion” scam, noted that the date Brennan cited in his notes was July 28, only days before the FBI investigation into Trump-Russia “collusion” was opened.

One of Herridge’s followers noted something else about that date:

The fact that all of this is coming to light now — and more will be coming as the effects of Trump’s “no redactions” order take effect start to be felt — means the American people will have a chance, just before the November election, to see what was happening behind the scenes.

There’s never been a doubt that the Hillary Clinton Democrats and the rotten vestiges of the Obama administration conspired to cripple, if they could, the Trump presidency. What American voters need to remember is what Trump accomplished despite those attempts.

He’s the president whose tax cuts set the stage for a roaring economy even COVID-19 can’t kill, who remade crucial trade relationships, destroyed the savages of the Islamic State group, changed the framework for peace in the Middle East and successfully confronted the murderous mullahs of the Islamic Republican of Iran (the country coddled during the Obama-Biden years), to name the most obvious.

A second term of that kind of performance is what the country needs. A restoration of a Soviet-like Democratic Party, the same malicious apparatchiks who’ve conspired to hold onto power since 2017 despite the will of the American electorate, would be a step toward tyranny no freedom-loving country can afford.

The mainstream media will do its best to downplay the importance of Tuesday’s revelations — and those that are coming in the future.

But every American needs to understand what they mean — and what’s really on the ballot on Nov. 3.