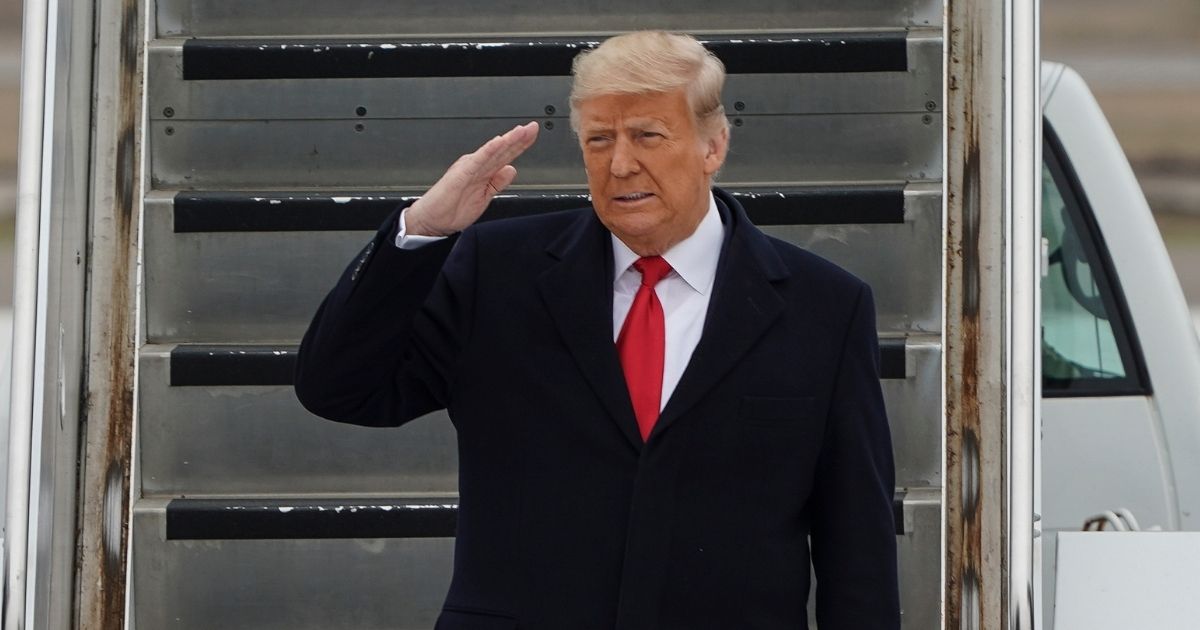 A new poll of swing-state voters shows that Republican lawmakers who voted for a second impeachment of President Donald Trump might have done so at their own peril.

While Democrats and the establishment media are hailing the event as the end of Trump and the movement he created, the numbers tell a different story.

Voters are not being swayed by the effort to blame Trump for the actions of those who occupied the Capitol building.

In fact, the survey shows both generic Republicans and those identifying as supporters of President Trump said they would be less likely to vote for elected officials who voted to impeach Trump for a second time.

McLaughlin & Associates polled 800 battleground voters between Sunday and Monday — after the incursion — and the findings that were delivered to Miller showed impeachment is largely unpopular among all voters. The poll’s margin of error was +/-3.4 percentage points.

But those who identified as Republican signaled that lawmakers in Congress who go along with the impeachment might be ending their careers and will not have voter support at the polls in 2022 and beyond.

“The results of our just completed survey of 800 battleground voters on January 10th and 11th, which matches the actual turnout from the November 3rd election, show that voters are opposed to impeachment and Big Tech censorship, and they want a peaceful and orderly transition,” McLaughlin wrote.

“Voters strongly prefer that Congress deal with fighting coronavirus and not impeachment. Impeachment is viewed as a waste of time and money. Voters believe that the Democrats are playing politics and that continuing to attack the President is making it worse. They also believe that Big Tech is violating free speech and if they can do it to President Trump, they can do it to any American.”

Will you vote for Republicans who don’t support President Trump during the last week of his term?

The memo, and its survey, shared some interesting insights. For example, 60 percent of those polled called impeachment “another waste of time and money.” Only 23 percent said they wanted Trump impeached again with one week left in his term.

Additionally, 77 percent of respondents told the pollster they feel Congress should use this crucial time to work on the coronavirus response, as opposed to impeachment. Another 74 percent said the latest impeachment is “politically motivated to prevent the President from running again.”

But the real surprise from the poll signaled that no matter how negative the coverage following the Capitol incursion last week has been, the GOP overwhelmingly remains the party of Trump. Those within the GOP ranks in Congress could be in big trouble should they support impeachment.

“80% of Trump voters and 76% of Republicans are less likely to vote for a member of Congress who votes for impeachment,” McLaughlin wrote to Miller.

More broadly, McLaughlin noted, “48% of all voters are less likely to vote for a member of Congress who votes to impeach the President. Only 36% are more likely.”

That might be bad news for Silicon Valley if it hopes to use public sentiment to shield it from a later crackdown on its activities silencing the voices of Americans.

The key takeaway, though, is it appears that the establishment media and Democrats’ attempts at playing up the significance of the incursion — and Trump’s role in it — have not succeeded in changing many minds.

According to Rasmussen Reports, Trump is receiving healthy approval ratings (46 percent as of Wednesday) even after the events of last week. Congress, meanwhile, is stuck at 15 percent approval as of December, according to Gallup.

Americans have grown tired of the games being played in Washington. Republican voters, in particular, seem poised to expel any lawmakers they view as being disloyal during such a vulnerable time for the party.