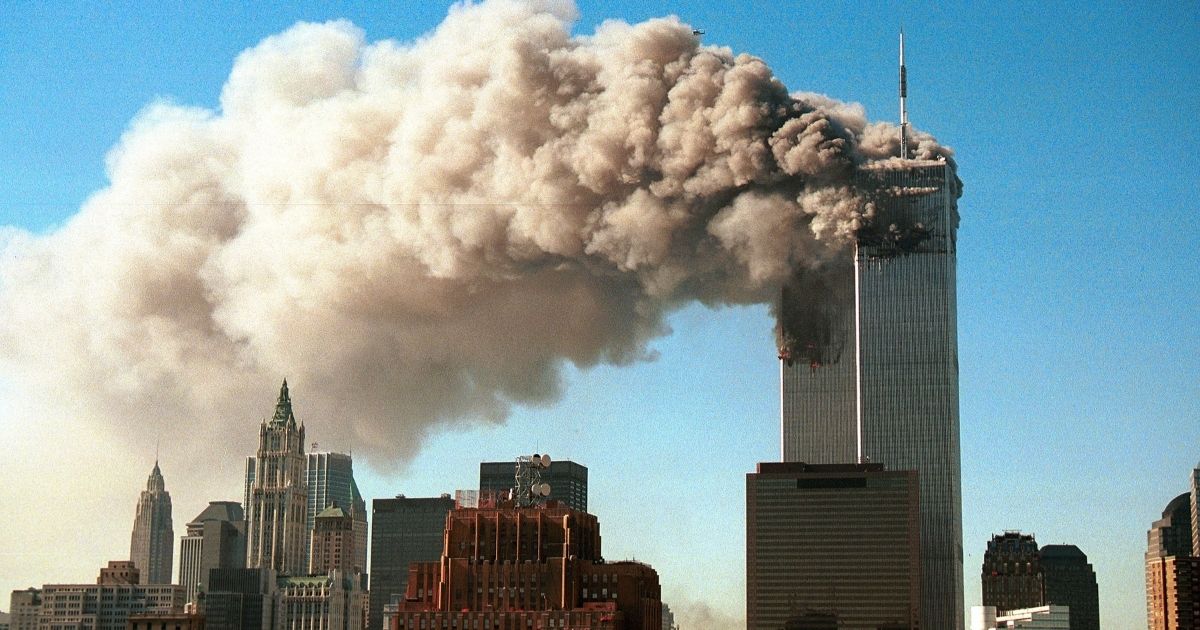 The Democratic mayor of a small town in North Carolina has launched a bid for the U.S. Senate, and he’s cashing in on the Jan. 6 Capitol riot by comparing it to the Sept. 11, 2001, terror attacks.

Sure, that hours-long scene in D.C. was ugly, but really?

Democrat Rett Newton, an Air Force veteran and the mayor of Beaufort on North Carolina’s coast, would like to occupy the seat being vacated by retiring Republican Sen. Richard Burr, The Hill reported.

In a campaign ad the mayor posted to YouTube on Monday, Newton pretended the Capitol riot was in the same ballpark as the attacks on New York’s World Trade Center and the Pentagon and the scene onboard United Airlines Flight 93, which crashed in rural Pennsylvania when brave passengers overpowered Islamist terrorists.

The ad likens former President Donald Trump, his family and his supporters to “domestic terrorists.”

TRENDING: Watch: Bidens Neglect to Say ‘Jesus’ During Easter Message, Use It to Push Vaccine

“I remember like it was yesterday, after the towers went down on Sept. 11, we were briefed on the rules of engagement. That included the possibility of shooting down a civilian airliner,” the Democrat said.

“I was an F-15 squadron commander at Seymour Johnson Air Force Base in Goldsboro. For months after that day of foreign terrorism, we flew combat air patrols over Washington to protect our nation’s capital.”

Newton then dismissed the tragic deaths of the nearly 3,000 people who perished on 9/11 with a ridiculous comparison.

“Even today, I still can’t believe an attack like that could happen in our country,” he said. “Twenty years later, I had that same sinking feeling, but this time, it was different. An insurrection inflicted by our own people and a president, his family and supporters against our own government. A domestic terrorist attack in the house of our democracy.”

Newton then added that like the 2001 terrorist attacks, Jan. 6 had a “profound effect” on him.

“As an Air Force officer I took an oath to support and defend the Constitution of United States against all enemies, foreign and domestic,” he said.

“After I retired from the Air Force I continued my service as mayor of my hometown in Beaufort. Working with Democrats and Republicans, we prepared and recovered from hurricanes, responded to the COVID crisis, completed a massive cleanup of our waterways and invested in infrastructure to secure the future of our community,” he continued.

In conclusion, Newton said, “What we need in Washington are leaders who put service over self, leaders who put country over party and leaders who prioritize our planet, our health care, our jobs and our American democracy.”

RELATED: Ilhan Omar Tells Biden To ‘Get It Together,’ Go for Blood in Wake of Trump COVID Test

You knew Democrats would use the events of Jan. 6 any way they could for as long as possible to further their anti-democratic, anti-gun, anti-free-speech and pro-abortion agenda. But this is low, even for a party that crams migrant children into detention cells.

He sure laid it on thick, too. Ads such as this one highlight the importance of being able to spot a phony early on. Rett Newton of Beaufort is going to save our country from people in red trucker hats and boogiemen white supremacists? Yeah, right.

Do you think the GOP will retain Burr’s seat?

This guy, hat tip to him for his military service, just made it clear he wants to swindle North Carolina’s fine voters into sending him to Washington so he can target American citizens, attack American energy independence, engage in some sort of a partisan reckoning and fix the “planet” at the expense of people in Beaufort and the rest of the Tar Heel State.

That’s the nasty thing about political ads. Newton just said all of that in a folksy demeanor before a backdrop of patriotic imagery and just the right music to set the tone. It was all scripted and edited to make him sound like anything other than the left-wing hack he is.

But no amount of blue jeans, department store shirts and American flags can make up for the fact that the mayor just launched a Senate bid by comparing a riot at the Capitol to 9/11.

Newton, of course, made no mention of other recent and deadly riots in other cities.

He did ensure that his film crew got a close-up shot of his everyman eggshell coffee mug. He drinks coffee, just like you! His video editor also included images of clowns posing for photos inside of the Capitol.

Twenty years ago this fall, millions of Americans watched in horror as their fellow citizens were driven to jump from buildings to certain death. Those desperate actions were taken to escape the unimaginable heat and smoke scorching them from airliners deliberately crashed into two of the country’s most iconic buildings.

Newton, with this sleazy narrative, has proved himself a conman right out of the gate.