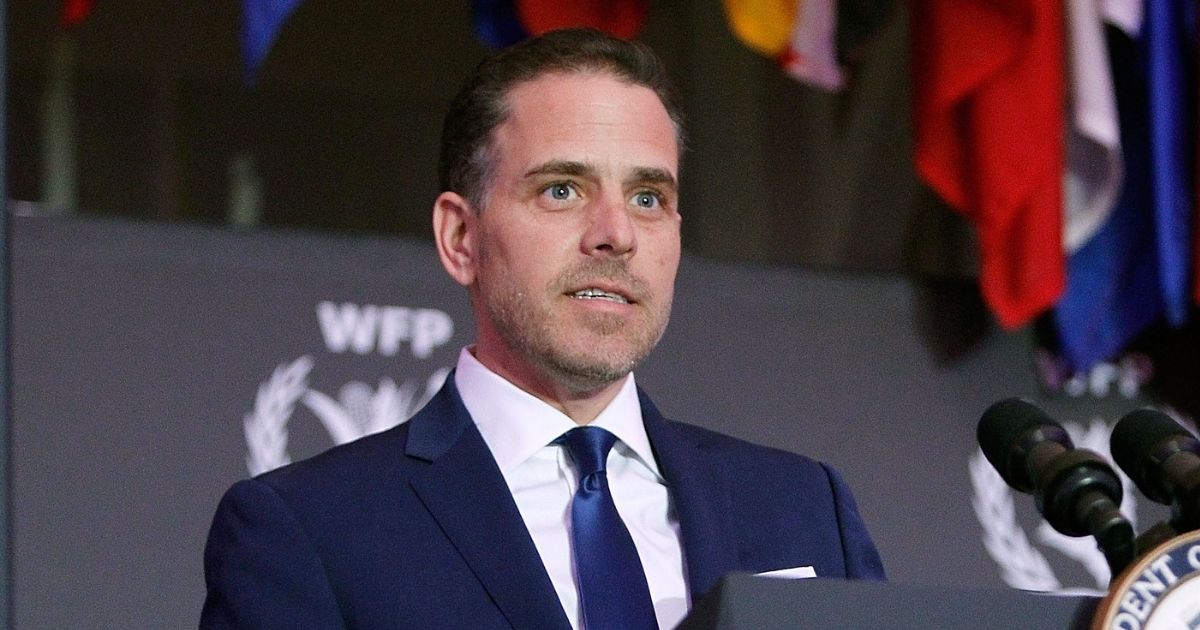 NBC News has decidedly reduced the Hunter Biden scandal to a failed smear campaign based on “a viral pile-on of conspiracy theories.”

On Oct. 14, the New York Post released documents and other information potentially damning to former Vice President Joe Biden’s presidential campaign. The materials were found on a laptop allegedly belonging to Hunter Biden that was abandoned in a Delaware computer repair shop.

Some of the emails found on the laptop appear to confirm suspicions of corruption and money-laundering surrounding the Biden family’s dealings with foreign governments.

Though liberal media outlets and social media platforms attempted to censor it, the story exploded, and it’s virality resulted in Twitter banning users, including White House Press Secretary Kayleigh McEnany, from sharing the Post article on the platform.

Now, NBC News is using the debunked authorship of a document allegedly detailing Biden-China corruption — a document completely unrelated to the controversial laptop — to somehow discredit the allegations of Biden family corruption entirely.

The outlet’s motive is pretty clearly summarized in the headline of its article published Thursday: “How a fake persona laid the groundwork for a Hunter Biden conspiracy deluge.”

According to NBC News, the document, which began circulating on the internet a month prior to the New York Post laptop article, is “the work of a fake ‘intelligence firm’” called Typhoon Investigations.

A 64-page document asserting an elaborate conspiracy theory involving Joe Biden’s son and business in China, that was later disseminated by close associates of President Trump, appears to be the work of a fake “intelligence firm.” https://t.co/vTcsWHBkQr

“One month before a purported leak of files from Hunter Biden’s laptop, a fake ‘intelligence’ document about him went viral on the right-wing internet,” NBC News reported, “asserting an elaborate conspiracy theory involving former Vice President Joe Biden’s son and business in China.”

The document entitled “Project Time” can be read here.

“Elaborate” might be a tad dramatic given Biden Sr.’s own public confession of a quid pro quo maneuver during his time as vice president to former President Barack Obama, resulting in the firing of a Ukrainian prosecutor investigating Burisma Holdings — a Ukrainian energy company of which his son Hunter was on the board at the time.

NBC News reported that the author of the document, Martin Aspen, has been verified by “disinformation researchers” to be a “fabricated identity.”

The idea that either Joe or Hunter Biden would have any politically compromising dealings with a foreign entity — such as the Chinese Communist Party — is something merely peddled by people who simply “oppose the Chinese government” and “far-right influencers,” according to NBC.

RELATED: Journalist Mocks Marine One Maneuvers, Then USMC Joins the Conversation and Shuts Him Down

NBC is digging its heels deep for Biden and Co., not allowing an ounce of credence that any of these suspicions against the family could be true — including the Biden laptop scandal:

“An unverified leak of documents — including salacious pictures from what President Donald Trump’s personal attorney Rudy Giuliani and a Delaware Apple repair store owner claimed to be Hunter Biden’s hard drive — were published in the New York Post on Oct. 14,” NBC News reported.

“Associates close to Trump, including Giuliani and former White House chief strategist Steve Bannon have promised more blockbuster leaks and secrets, which have yet to materialize.”

Is the media hiding the political corruption of publicly elected officials?

NBC then reminded readers of the purportedly falsified Typhoon Investigations document as if it were evidence that also discredited the laptop documents, yet both are from completely unrelated sources:

“The fake intelligence document, however, preceded the leak by months, and it helped lay the groundwork among right-wing media for what would become a failed October surprise: a viral pile-on of conspiracy theories about Hunter Biden.”

NBC News’ article more resembles an act of campaigning on behalf of Democratic presidential nominee Joe Biden than it does journalism.

NBC News reached out to Christopher Balding, a former “associate professor at Fulbright University Vietnam who studied the Chinese economy and financial markets,” who claims to be a co-author of the Typhoon Investigations document who had concerns about the Bidens’ dealings with China, although he first denied any involvement in its creation.

“I had really not wanted to do this but roughly 2 months ago I was handed a report about Biden activities in China the press has simply refused to cover,” Balding stated. “I want to strongly emphasize I did not write the report but I know who did.”

He then later confessed to NBC of his personal involvement in writing the report, but continued to press the importance of its content regarding the Bidens despite its authorship:

“I authored small parts of the report and was involved in report preparation and review,” Balding revealed. “As a researcher, and due to the understandable worry about foreign disinformation, it was paramount that the report document activity from acknowledged and public sources. Great care was taken to document, cite, and retain information so that acknowledged facts could be placed in the public domain.”

Balding explained that Martin Aspen was a pseudonym used by himself and the primary author of the document — whose name he will not reveal — as a form of protection given the controversial content.

Their fear is immensely reasonable given the Big Tech and mainstream media push to cover-up and protect Biden’s presidential campaign. Who knows what lengths Biden’s protectors will go to squash the speech of those who dare critique an establishment politician.