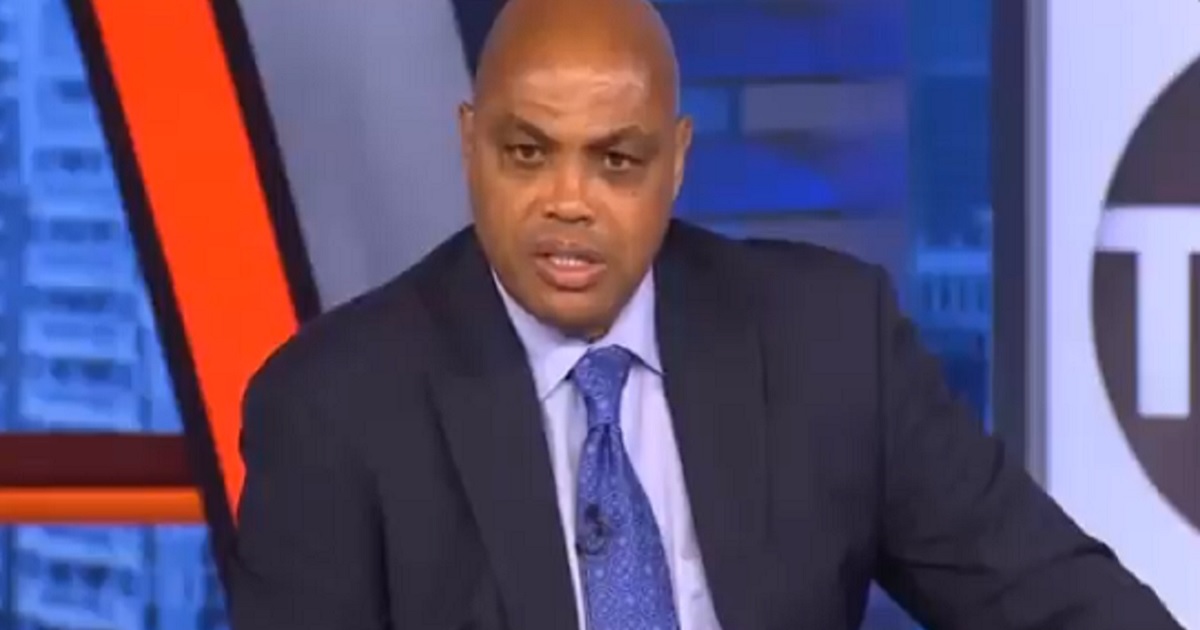 It’s not a bad question.

NBA great Charles Barkley, who’s on TNT’s studio analyst team, is curious whom citizens — particularly those who live in poorer areas — are supposed to call when the police are defunded. He’s now getting excoriated online, in part because of that and in part because he bothered to mention the facts in the Breonna Taylor case during the network’s Thursday coverage.

The comments came one night after violence gripped Louisville, Kentucky. when a grand jury only returned one charge related to the March police raid that ended with Taylor dead. Two police officers were shot during the protests and 127 demonstrators were arrested, according to WLKY-TV.

“We have to really be careful,” Barkley said during the pregame show before the Boston Celtics-Miami Heat game.

“So, that notion, they keep saying that,” Barkley continued.

“I’m like, wait a minute, who are black people supposed to call? Ghostbusters?”

Charles Barkley on defunding the police “Who are black people supposed to call Ghost Busters when we have crime in our neighborhood? We need to stop the defund or abolish the police crap” pic.twitter.com/uEIsnX729g

And then there was the matter of the Breonna Taylor shooting, in which we’re supposed to be outraged without actually considering the facts of the case — that Taylor’s boyfriend fired at police, which is why none of the police officers involved in the raid was charged directly in her death.

“This one, I don’t think it was like George Floyd and Ahmaud Arbery and things like that,” Barkley said. “I feel bad this young lady lost her life. But, you know, we do have to take into account her boyfriend did shoot at the cops and shot a cop.”

“So, like I say, even though I am really sorry she lost her life, I just don’t think we can put this in the same situation as George Floyd or Ahmaud Arbery,” he added.

God bless Barkley. He also is the only NBA commentator willing to point out that Brianna Taylor’s boyfriend fired first and hit a cop before they returned fire at him. The lack of basic factual understanding in this case is staggering. pic.twitter.com/2DFIs1XjNn

According to The Hill, Shaquille O’Neal — another analyst on the TNT team — also criticized the knee-jerk reaction to the Taylor case.

RELATED: Charles Barkley Comes Under Attack for Giving the Real Facts of the Breonna Taylor Case

“I have to agree with Charles, this one is sort of lumped in. You have to get a warrant signed, and some states do allow no-knock warrants,” said O’Neal, who has been named an auxiliary sheriff’s deputy in Broward County, Florida, according to Fox News.

“And everyone was asking for murder charges. When you talk about murder, you have to show intent. A homicide occurred, and we’re sorry a homicide occurred. When you have a warrant signed by the judge, you are doing your job, and I would imagine that you would fire back.”

Twitter officially lost its mind. For instance, this gentleman suddenly didn’t think that athletes and entertainers were worth listening to:

This why I dislike entertainers and athletes. Barkley and Shaq just told half the story. The girl boyfriend was already in jail. so why were they going to Breonna Taylor house if the person they were looking for was already in custody?

To be clear, Breonna Taylor’s ex-boyfriend, Jamarcus Gl0ver, who was the target of the investigation, was the subject of a near-simultaneous raid. According to the Louisville Courier-Journal, there were several raids being executed by Louisville police, who believed Glover was receiving packages of illegal drugs through Taylor.

Charles Barkley and Shaquille O’Neal just defended the police killing Breonna Taylor on national television. And you wonder why we keep saying NO ONE cares about black women. Not even these black men with these prominent platforms can think beyond their paychecks.

Even defunding the police was problematic to many of the denizens of social media.

Lord, I know everyone is able to have an opinion but I wish people like the @NBAonTNT would do more researching before speaking about things about their pay grade. Charles Barkley sounds like an entire idiot talking about defund the police. He doesn’t even understand what it

Americans aren’t in favor of defunding the police, despite what liberals and the mainstream media want you might think. According to a Gallup poll taken between June 23 and July 6, 61 percent of black Americans wanted the police to maintain their presence, with only 19 percent wanting less policing in their communities. Twenty percent actually wanted the police to spend more time there.

In at least one major city that defunded and neutered its police in the febrile days after George Floyd’s death, they want the police back now. Minneapolis, the place where Floyd died and the epicenter of the early demonstrating, has also experienced a huge spike in crime. City council members are openly asking where the police are. A few months ago, they were looking to disband their department, something that may still happen.

Reality is a harsh drug. In the early days of the protests, the left envisioned a world where police were glorified social workers.

They didn’t just want reform to law enforcement, they wanted to dismantle it. When it came to causes célèbres like Breonna Taylor, the facts didn’t matter. When someone dropped reality on them, the reaction was practically anaphylactic.

Do you think Barkley’s question summed up the problem?

Cutting police funding hurts black communities. Furthermore, doing it in the name of Breonna Taylor is an inherently flawed idea.

Yes, her death was a tragedy. It could have been averted if her boyfriend didn’t shoot at police officers, a fact that’s rarely discussed because it’s considered impolite. We simply expect people to virtue-signal on the matter by sacrificing the police officers to mob justice.

Sadly, there are plenty of people who still think calling Ghostbusters is better than calling the police. Charles Barkley may not have changed anyone’s mind immediately, but he was one of the few people speaking in the media speaking truthfully about what defunding the police will really do.