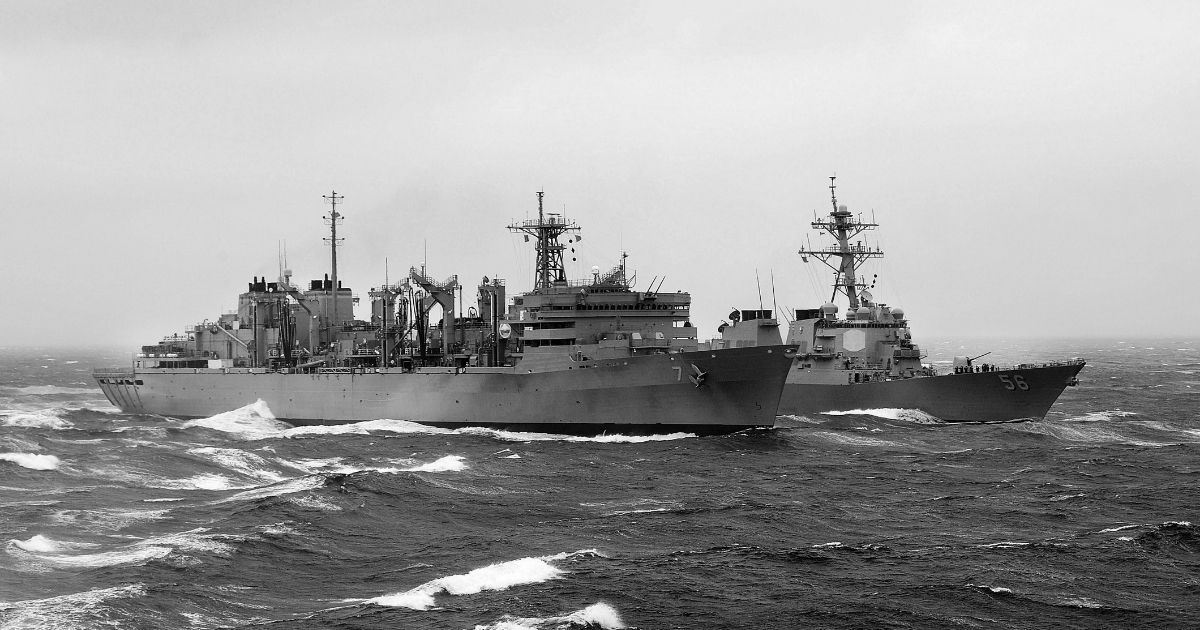 After years of then-President Donald Trump confronting China on its aggressive claims in the South China Sea, his successor finally got a chance to prove he can be just as tough on the Asian superpower.

Instead of a blowout of China’s claims, however, President Joe Biden’s first attempt at a freedom of navigation exercise in the area nearly turned into a total propaganda victory for the Chinese Communist Party.

Thankfully, the United States Navy stepped in to keep the service’s image intact and provide the truth about its bold exercise.

According to U.S. government-funded Radio Free Asia, the destroyer USS John McCain participated in a Feb. 5 freedom of navigation exercise around the contested Paracel Islands, islands in the northern South China Sea, also known as the Xisha Islands, in an area “contested by China, Taiwan and Vietnam.”

This maneuver, which asserts the right of U.S. ships to travel through international waters, was the first such run of Biden’s administration.

After the exercise, it didn’t take long for Chinese propaganda mills to jump on the opportunity to turn this successful Navy mission into a win for the communist motherland.

“The PLA Southern Theater Command tracked, monitored and warned off the USS John S. McCain when it trespassed upon Chinese territorial waters near Xisha Islands on Friday,” the outlet announced.

Chinese government-owned CGTN parroted the same nonsense, painting a picture of heroic Chinese troops chasing off the U.S. vessel the Chinese claimed had “trespassed” in territory claimed by the People’s Republic.

Should we continue to challenge China’s claims in international waters?

Instead of defending the American right to travel in international waters in the face of aggressive Chinese expansionism and lies, any response from the Biden administration to the defamation of the U.S. Navy was noticeably absent.

On the same day as the exercise, Biden visited the State Department and proudly proclaimed that “America is back.”

America is back. Diplomacy is back. pic.twitter.com/03dFPQyYjw

Thankfully,  a U.S. Navy statement made the position clearer.

“This freedom of navigation operation (‘FONOP’) upheld the rights, freedoms and lawful uses of the sea recognized in international law by challenging the unlawful restrictions on innocent passage imposed by China, Taiwan, and Vietnam and also by challenging China’s claim to straight baselines enclosing the Paracel Islands,” the 7th Fleet said in an official statement.

“China, Taiwan, and Vietnam each claim sovereignty over the Paracel Islands,” the statement added later. “All three claimants require either permission or advance notification before a military vessel or warship engages in ‘innocent passage’ through the territorial sea. Under international law as reflected in the Law of the Sea Convention, the ships of all States – including their warships – enjoy the right of innocent passage through the territorial sea. The unilateral imposition of any authorization or advance-notification requirement for innocent passage is not permitted by international law. By engaging in innocent passage without giving prior notification to or asking permission from any of the claimants, the United States challenged these unlawful restrictions imposed by China, Taiwan, and Vietnam. The United States demonstrated that innocent passage may not be subject to such restrictions.”

And though the Navy’s statement identified Taiwan and Vietnam as other countries that claimed the islands, it singled out China’s claims in particular.

“By conducting this operation,” it noted, “the United States demonstrated that these waters are beyond what China can lawfully claim as its territorial sea, and that China’s claimed straight baselines around the Paracel Islands are inconsistent with international law.”

Comparing the Biden administration’s handling of the South China Sea to that of his predecessor, it’s clear which presidency is more interested in checking Chinese aggression. Trump’s Secretary of State Mike Pompeo implicitly threatened to turn the sea into a combat zone two years ago in the face of a rising China.