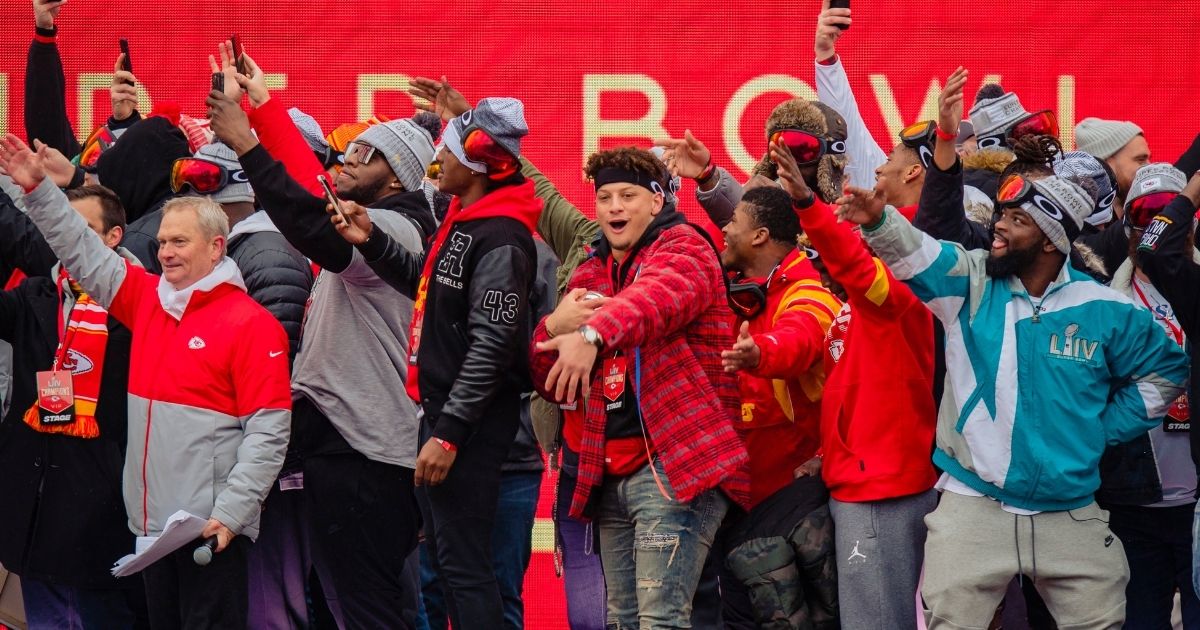 After living through what Alicia Norris called “mass genocide,” the co-founder of the Florida Indigenous Rights and Environmental Equality group says Native Americans will fight back against what they consider humiliation at the hands of the Kansas City Chiefs.

On Sunday, Norris and other members of FIREE will stage a protest outside Raymond James Stadium in Tampa, according to Fox News.

Their focus is the tomahawk chop, a gesture fans use that supposedly imitates a Native American chopping with a tomahawk, as well as the team’s reliance on Native American imagery.

Both are “dishonorable and disrespectful,” Norris told CBS News.

“The indigenous people of this land have already had a mass genocide approach with regard to their culture and way of living,” she said. “And when you further dehumanize them and objectify them, it just kind of falls in line with that extinction of who they are.”

Norris said that the team’s effort to ban fans from wearing headdresses and warpaint is not enough.

“Now the team wants to backtrack and say we are being culturally appropriate and we are being respectful of indigenous people by saying no headdresses,” Norris told the Associated Press.

“And that is a good start, but the fans are still operating as if it is an indigenous-type atmosphere because you are still called the Chiefs. And you can still do this movement that looks like a tomahawk chop, but we are going to call it a drum beat instead. It is kind of silly. Just change it,” she said, referring to the fact that for this season, Chiefs cheerleaders made the chop gesture with their fists closed as if beating a drum.

The team has said that it wants to be sensitive to both what its fans want and what Native Americans want.

Gaylene Crouser, executive director of the Kansas City Indian Center, said the core issue should be addressed — the name of the team.

“If your team name inspires you to do something that people are gonna say, ‘Hey, that’s racist,’ then maybe your team name needs to change, because that’s just not, it’s not sustainable,” she said to CBS News.

Crouser noted that offending Native Americans comes at the same time the NFL is supposedly fighting for equal justice.

Is this really such a big deal?

“It just rings so hollow when all you’ve done is stencil ‘End Racism’ above your name and your name is the Chiefs and you’re still doing that stupid chop,” she said.

Some fans do not agree.

“Just to hear all the fans doing the tomahawk chop and hear it echo through the corridors, it is a beautiful noise that we make here,” Kile Chaney, who called it a “rally cry,” told the AP.

The Tomahawk Chop makes me wish I was either a Braves fan or a Chiefs fan. I do love cheering for the Chiefs since I like Mahomes and they’ve become my favorite AFC team next to the Bills. https://t.co/HOCrGckoZf

“No other group of human beings suffers the weekly indignity of both racial and spiritual stereotypes trivializing and degrading their culture in a circus like atmosphere,” a Thursday post on the FIREE  Facebook page said.

“As we enter the 529th year of interaction between the dominant society and Indigenous peoples basic human respect should not be too much to expect. The US Civil Rights Commission noted in 2001 that killing a dog or Moose out of season is more of a crime than killing an Indian.

“The crisis of Missing and Murdered Indigenous Women continues to increase with over 5,000 missing and murdered Native women in 2019. COVID-19 has exposed that many reservations including Pine Ridge (SD) and Navajo Nation have a significant percentage of houses with no pipes for running water or electricity.

“It seems America only wants to watch sports teams degrade, trivialize, dehumanize Indian people on weekends and turns a blind eye to the reality of Indigenous peoples in the America’s,” the organization said.