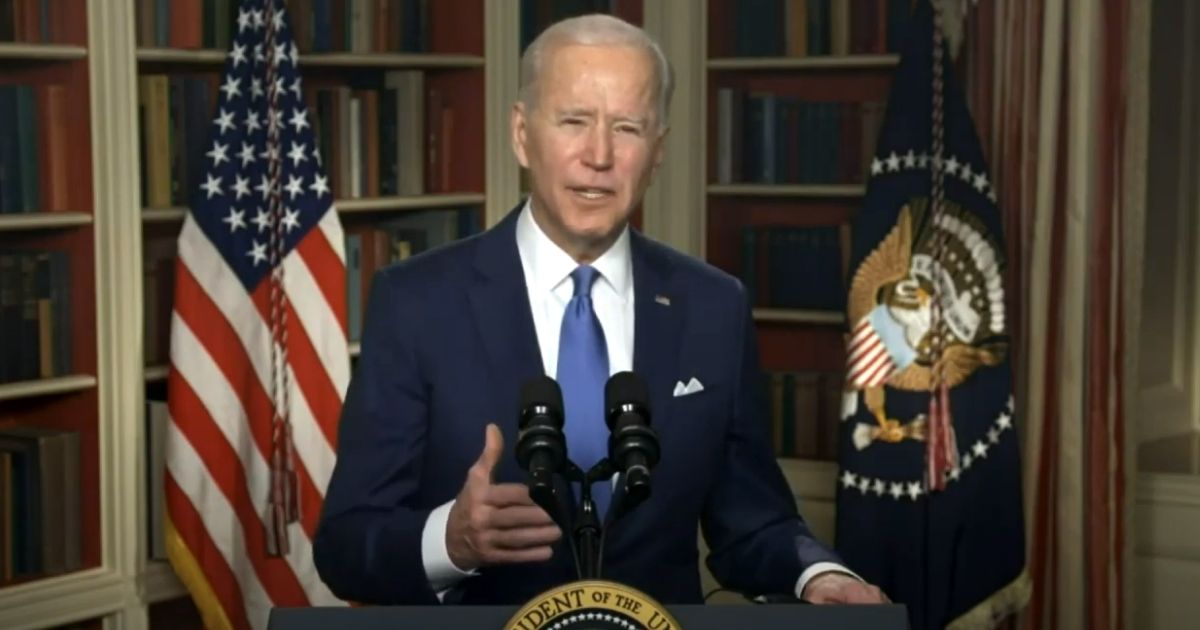 President Joe Biden on Thursday morning used his speech to the National Prayer Breakfast to target what he called “political extremism,” saving a mention of God for the closing seconds of his roughly four-minute comments.

During his remarks, Biden cited the COVID-19 pandemic and unemployment, claiming that lines at food banks “stretch for miles.”

“We hear the call for racial justice, some 400 years in the making,” he said, while also citing the need to address the “existential threat” of climate change.

But his focus was attacking “political extremism,” spending about five times more of his speech on the subject than he did on God.

“We’ve just witnessed images we’ve never imagined,” Biden said. “Images that now we will never forget. A violent assault of the U.S. Capitol, an assault on our democracy, our Capitol and a violent attack that threatened lives and took lives.

TRENDING: Mike Huckabee: The Inevitable Backlash Against the Dems Has Started Already, And Here’s Even More Good News

“We know now that we must confront and defeat political extremism, white supremacy and domestic terrorism.”

“For so many in our nation, this is a dark, dark time. So where do we turn? Faith,” said Biden, whose press secretary recently described him as a “devout Catholic and somebody who attends church regularly.”

“For me, in the darkest moments, faith provides hope and solace; provides clarity and purpose as well,” he said.

Do you think Biden’s speech was appropriate for the National Prayer Breakfast?

“This is not a nation that can, or will, simply stand by and watch this. It is not who we are. It’s not who faith calls us to be,” he said.

Biden said that “as tough as the times are, I believe — matter of fact, I know — that we’re going to get through all of this. We’ll come out stronger for it.”

With the speech almost three-quarters complete, Biden cited the Bible.

“The Bible tells us, ‘Weeping may endure for a night, but joy cometh in the morning,’” he said, quoting Psalm 30:5.

“We still have in front of us many difficult nights to endure, but we’ll get through them together,” the president said.

“We’ll need one another. We need to lean on one another, lift one another up, and with faith guide us through the darkness and into the light.”

In the last seconds of his speech, Biden finally mentioned God.

“May God bless you all and may God protect our troops,” he said in closing.

Prior to the speech, Guthrie Graves-Fitzsimmons of the Center for American Progress had urged Biden to “offer pluralistic, open language about faith,” according to ABC News.

“I hope President Biden recognizes we’re in a new moment,” Graves-Fitzsimmons said, “and that the Christian nationalism threat is a threat to both the sacred religious pluralism of the U.S. and to Christianity.”