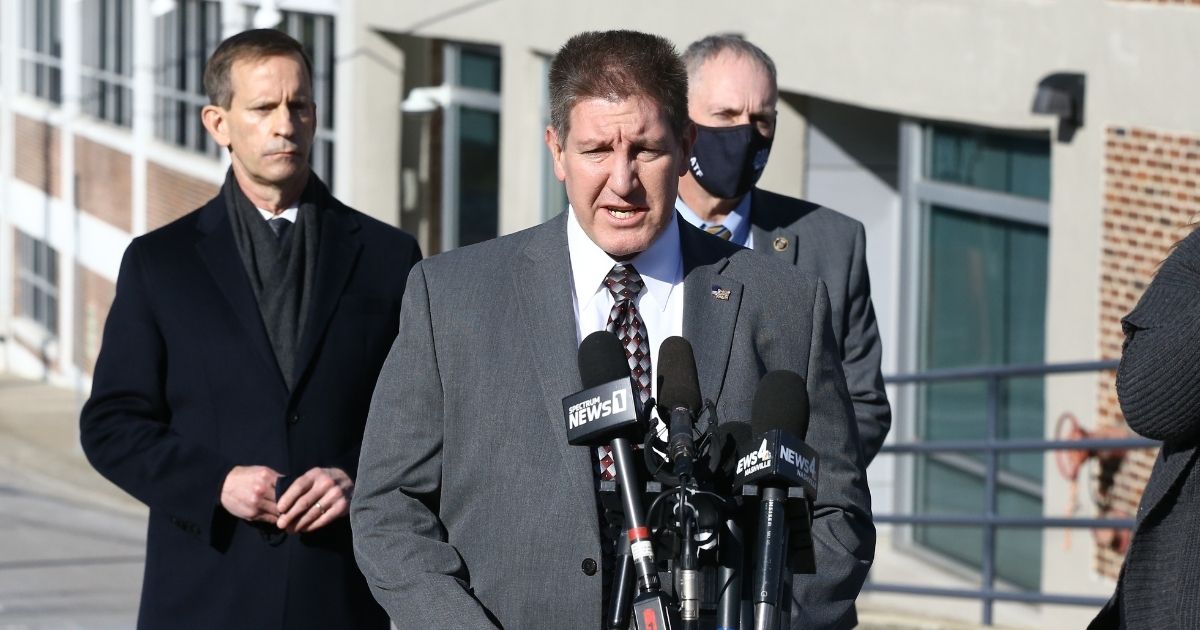 The man who allegedly acted alone in the Christmas morning bombing that rocked Nashville killed himself in the explosion, officials said Sunday.

Investigators matched DNA at the scene to that of Anthony Quinn Warner, 63, and Warner’s relatives, and determined Warner died in the blast, according to NBC News.

“He was present when the bomb went off and he perished in the bombing,” said Don Cochran, U.S. Attorney for the Middle District of Tennessee, according to the Tennessean.

Douglas Korenski, special agent in charge of the Federal Bureau of Investigation’s Memphis office, said the Vehicle Identification Number on the RV that blew upon Friday matched a vehicle registered to Warner, NBC reported.

Further, surveillance video showed that no one else near the RV at the time of the blast or preceding the explosion, when warnings to evacuate were mixed with the tune “Downtown,” Korenski said.

“We can tell you Anthony Warner is the man believed to be responsible for this horrible crime,” said John Drake, chief of the Metropolitan Nashville Police Department.

Officials have not said what type of explosive was used, or what Warner’s motive might have been.

NBC reported that Warner told a woman to whom he gave his car that he had cancer, noting that it was unclear if the statement was true.

Korenski said tips from the public helped lead investigators to focus on Warner and asked for more help even after Warner was identified as the bomber to allow them to understand “any and all motives,” according to the Tennessean.

Does the ability of one man to do this much damage scare you?

“None of those answers will ever be enough for those who have been affected by this event,” Korenski said.

In the time leading up to his death, Warner transferred ownership of his home, and told business clients for whom he worked as an IT consultant that he would no longer be available to work for them.

Steve Schmoldt, who said he lived next to Warner for 25 years called Warner “low-key” adding, “some people would say he’s a little odd.”

“You never saw anyone come and go,” Schmoldt said. “Never saw him go anywhere. As far as we knew, he was kind of a computer geek that worked at home.”

“I can tell you as far as politics, he never had any yard signs or flags in his window or anything like that. If he did have any political beliefs he kept, that was something he kept to himself,” he said.

Schmoldt recalled Warner as a kind man in terms of the care he provided for his dogs.

“If it was him, he didn’t want anybody hurt,” Schmoldt said. “But if that’s the case, what other message is there? If indeed it was him, I just, I don’t know. They have to figure out some kind of motive.”