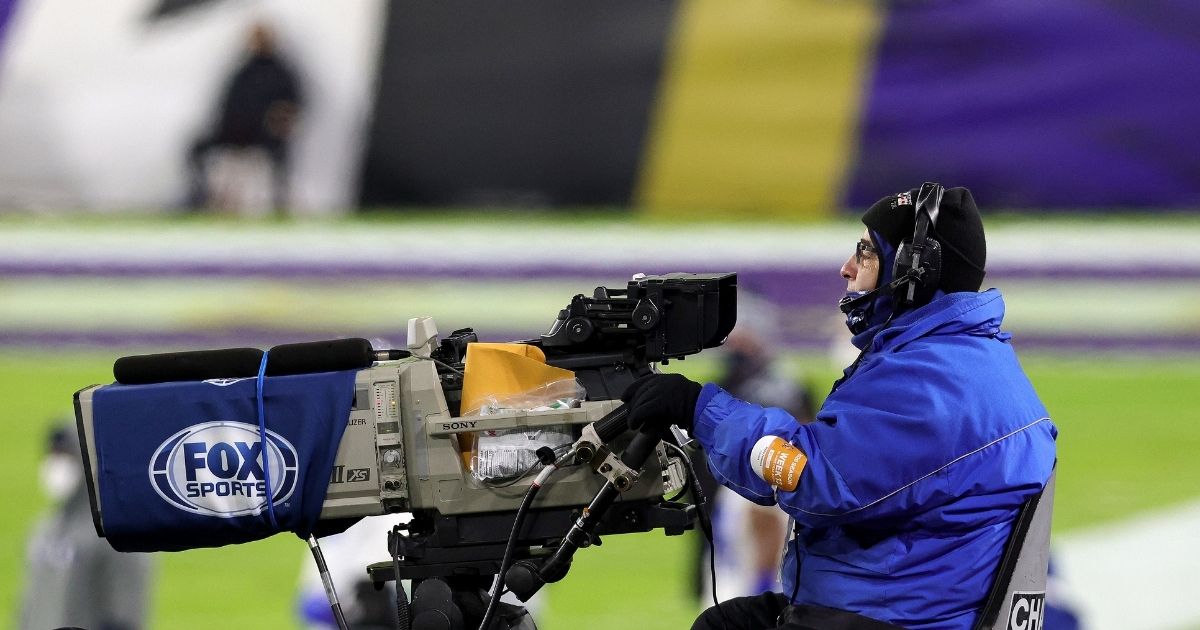 The NFL is beginning to learn the hard truth that there’s no such thing as woke enough.

Even as the league chose to sidle up to the Black Lives Matter and other race-baiting initiatives — losing viewers in the process — it hasn’t stopped the NAACP from pushing for even more self-destructive action by the NFL.

In a scathing letter to league commissioner Roger Goodell on March 9, Derrick Johnson, president and chief executive officer of the NAACP, urged the league to cut ties with Fox during the NFL’s annual broadcasting rights negotiations, according to USA Today.

“The NAACP is going after Fox News in the wake of the Jan. 6 insurrection (on the U.S. Capitol),” ABC’s Beatrice-Elizabeth Peterson tweeted about the letter.

“The civil rights group is asking the National Football League to reconsider its relationship with the network,” she wrote, mentioning that the NAACP had “requested a meeting with NFL brass.”

TRENDING: Ted Cruz Tells Off Reporter Pestering Him to Wear a Mask During News Conference

The NAACP is going after Fox News in the wake of the Jan. 6 insurrection. The civil rights group is asking the National Football League to reconsider its relationship with the network.

The group has requested a meeting with NFL brass. pic.twitter.com/sIydwYbW87

In the letter, Johnson expressed “grave concerns about the ancillary implications of the League’s affiliation with Fox” because contract money would help fund the network’s news portion, which he charged “continues to inflame racial division and propagate an unstable political climate.”

“The NFL’s programming should not be used as a bargaining tool for Rupert Murdoch to help fund Fox News’ hatred, bigotry, lies and racism,” Johnson wrote.

Is the radical left hurting the NFL’s universal appeal?

“Fox Corporation is a behemoth organization, owning a long list of major media outlets, including Fox Sports and Fox News,” the letter continued.

“The latter is a uniquely destructive force. Fox News foments racism, undermines public health recovery from the pandemic, and repeatedly attacks the legitimacy of last year’s Presidential election, a propagandistic ploy that fueled the January 6, attack on the U.S. Capitol.”

Despite months of rioting and attacks on cities and government buildings, including a federal courthouse in Portland, Oregon, the left denounced those tactics only when used by a group of former President Donald Trump’s supporters who stormed the U.S. Capitol building on Jan. 6.

Like many others, Johnson is using the incident to justify disproportionate — if not completely unrelated — measures against any right-leaning politician, network or organization.

In the letter, Johnson went on to say that 70 percent of the NFL’s players are black and that the Fox news division shouldn’t benefit from the arrangement because of its opposition to players’ “peaceful demonstrations against systemic racism.”

It’s likely Johnson was hinting at pushback that Fox started when then-San Francisco 49ers quarterback Colin Kaepernick began kneeling during the national anthem in the 2016 season.

Kaepernick later claimed he couldn’t get any NFL team to sign him because of his protests, even allowing Nike to paint him as a martyr in its campaign featuring the lackluster quarterback with the slogan, “Believe in something, even if it means sacrificing everything.”

His detractors — from Trump to Fox News pundits such as Sean Hannity — scoffed at that message as Kaepernick cashed in on his Nike endorsement and other deals.

While other left-leaning networks were mostly sympathetic to Kaepernick, Fox has always been reliably pro-America and skeptical of the BLM agenda — a fact that probably sowed the seeds of Johnson’s resentment long before the Capitol incursion provided the better excuse.

Johnson closed his letter by asking for “immediate dialogue” with the league, although it is unclear whether Goodell responded to him.

USA Today reported on March 18 that the NFL “did not immediately return” the news outlet’s request for comment about the situation.

However, on that same day, the NFL announced it had signed with Fox and other networks from the 2023 through 2033 seasons, a deal collectively worth approximately $110 billion, nearly double the value of the league’s previous media contracts, according to The New York Times.

That doesn’t mean the target has been removed from the network or that pressure on the NFL and Fox will cease — the radical left never gives up that easily.

They hate Fox News because it’s the only major news outlet that doesn’t parrot their media lies, and they will do anything to vanquish the enemy for good.

Although many on the right are unhappy with the network lately for its perceived disloyalty to Trump, it still stands as the last bastion of “Fair and Balanced” news coverage in the mainstream lineup.

It’s arguable that the NFL might already be sealing its own fate by continuing to adopt any of the left’s agenda, as it has thus far, likely alienating half of its average audience of about 15 million viewers per regular-season game.

Watching an NFL game used to be a fun diversion, with rivalries only between opposing teams and not political affiliations, national symbols or race.

Now, the league is just another institution in which white consumers are made to feel guilty and ashamed.

A multitude of people aren’t going to want to spend their leisure time — or their money — to hear those messages in a league that is supposed to provide entertainment.

When fans finally have had enough, nobody will care which network carries the games — there won’t be many fans left to watch them.