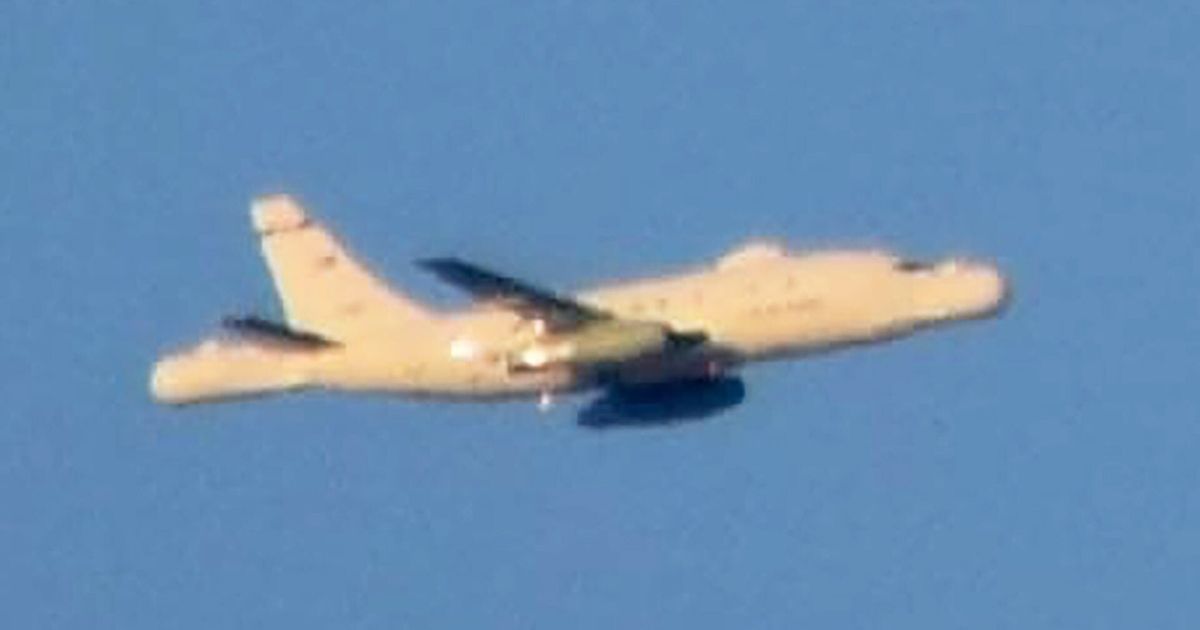 Area 51 has long been a place of mystery, intricately tied to secret government projects and legends about the presence of extraterrestrial life.

I highly doubt there are aliens at Area 51. In reality, the military most likely uses the land to test weapons and technology it doesn’t want our enemies — or even the public at large — to know about.

However, whether the military intends it or not, we do sometimes get a peek into what really goes on at the facility.

Such an incident occurred on March 30, when the “strangest looking and most secretive Boeing 737 ever created” was seen accompanying a B-2 over the Mojave Desert, where Area 51 is located, according to Tyler Rogoway of The Drive.

The NT-43A RAT55 in question is roughly 20 years old, and a 2015 write-up — also by Rogoway — indicated that the aircraft “is most likely the last stop in advanced low-signature testing and validation for new stealthy aircraft, new radar absorbent coatings and heat mitigation technologies, as well as exotic and stealthy structural modifications to existing aircraft.”

Obviously, the military has many secrets, and our enemies are always watching. The RAT55 is no exception, as foreign media figures and outlets — independent and state-affiliated alike — have at some point taken notice of the aircraft:

“Rat 55″ The USAF’s secretive NT-43A testbed is a highly modified 737-200 that goes far beyond ground-based radar and infrared signature testing on stealthy aircraft by plying its trade high up in the sky in their target aircraft’s natural operating environment. pic.twitter.com/jKdDjBXLH5

One Turkish academic, based on his translated tweet, is seemingly convinced that the U.S. is preparing to bomb someone (the two images at the bottom of his tweet are some of the ones taken March 30):

The truth, according to Rogoway, is that the RAT55 is a stealth plane designed to gather intelligence.

“Beyond evaluating a design’s low observable qualities in flight, data collected by ‘RAT 55’ is most likely also used to better understand a stealthy aircraft’s strengths and weaknesses,” he said.

Do you think Area 51 is used by the military to test secret technology?

“This allows for a much more accurate understanding of how close a ‘stealth’ aircraft can get to different threats without being detected or without being engaged. Mission planners can then build elaborate routes around known enemy air defense systems and give crews good advice on how to present the best aspect of their aircraft to unplanned ‘pop-up’ threats so that they have the best chance of surviving a mission.”

Even if we are (rightly) not plunging ourselves into war, we should not be idle. Fortunately, it seems like the leadership of our armed forces understands this.

I’m glad that our military is working diligently to keep us safe. Our enemies, especially Iran and the Chinese Communist Party, would like nothing more than to see us gone, and we need to remain one step ahead if we’re going to retain our position as top dog.

America is a beacon of light in the world, and we must do everything in our power to protect it.