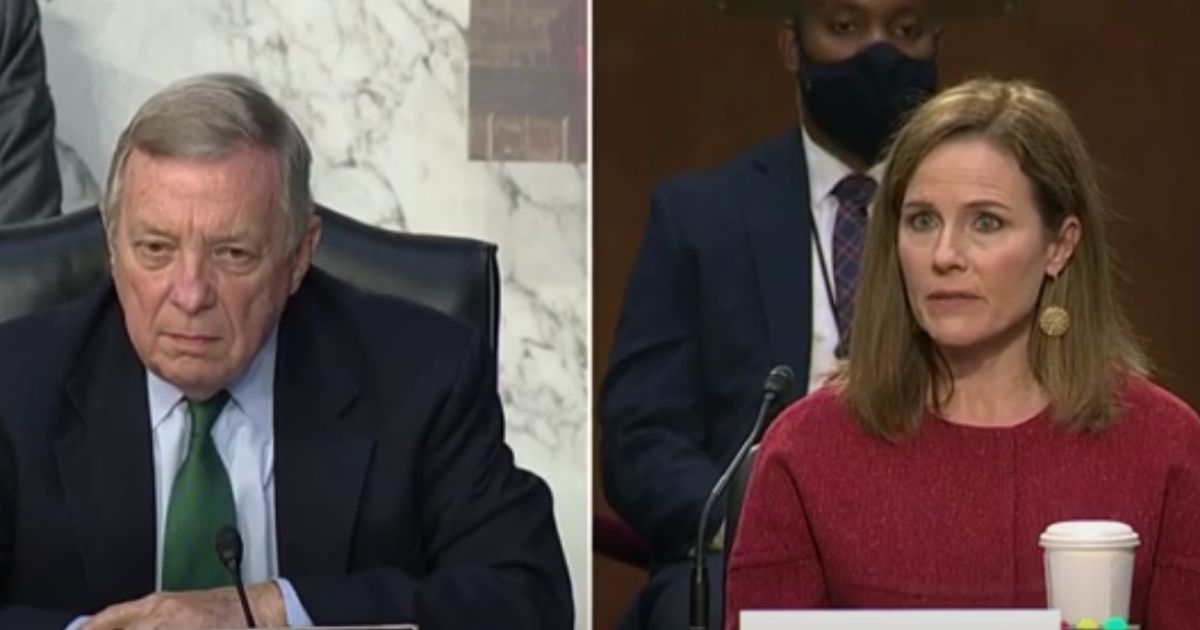 During the second day of Judge Amy Coney Barrett’s hearing before the Senate committee regarding her nomination for Supreme Court justice, she was asked to relay her perspective on racism in America.

And according to MSNBC hosts Chuck Todd and Andrea Mitchell, Barrett’s response was “accessible and touching.”

“It wasn’t a judge who responded, it was an American citizen, a mom, you know … and I kinda wish more senators would ask more questions like that so you find out the fuller picture of who these folks are,” Todd said.

Mitchell added: “And that made her so relatable; this is a white mom with black children explaining the talk that black parents have had to communicate to their kids for generations, for centuries — if you will — and this is an interracial family, a multiracial family — it’s something more and more present in America.”

“This is a white mom with Black children explaining the talk that Black parents have had to communicate to their kids for generations.” pic.twitter.com/mUzkChRQxz

Such a response from the establishment media is a complete reversal to their slew of attacks on Barrett and her family since her nomination by President Donald Trump — attacking her faith, her affiliation with the late Justice Antonin Scalia and her views on abortion.

So what did Barrett say?

Democratic Sen. Dick Durbin of Illinois asked Barrett if she had seen the footage of George Floyd’s arrest.

“I have,” Barrett responded.

“What impact did it have on you?” Durbin asked.

“Senator, as you might imagine given that I have two black children, that was very, very personal for my family,” Barrett said. “Jesse was with the boys on a camping trip out in South Dakota, so I was there and my 17-year-old daughter Vivian, who was adopted from Haiti, all of this was erupting, it was very difficult for her.

“We wept together in my room. And then it was also difficult for my daughter Julia who’s 10, I had to try to explain some of this to them.

“I mean, my children to this point in their lives have had the benefit of growing up in a cocoon where they have not yet experienced hatred or violence, and for Vivian to understand there would be a risk to her brother or the son she might have one day, of that kind of brutality, has been an ongoing conversation. It’s a difficult one for us like it is for Americans all over the country.”

This heartfelt response is exactly what Americans on both sides of the political aisle would hope to hear from a mother, especially one who has adopted two children from Haiti.

People like Barrett are capable of reaching the hearts of even those on the radical left.

Durbin then continued to probe for Barrett’s views on racism in America:

“So, I’d like to ask you as an originalist who obviously has a passion for history — I can’t imagine that you can separate the two — to reflect on the history of this country: Where are we today when it comes to the issue of race?”

Durbin continued: “Some argue it’s fine, everything’s fine and you don’t have to even teach children about the history of slavery or discrimination. Others say there is implicit bias in so many aspects of American life that we have to be very candid about and address. Others go further and say, ‘No, it’s systemic racism that is built into America and we have to be much more pointed in our addressing it.’

With poise, Barrett responded, “I think it is an entirely uncontroversial and obvious statement — given as we just talked about the George Floyd video — that racism persists in our country.

“As to putting my finger on the nature of the problem — whether, as you say, it’s just outright or systemic racism or how to tackle the issue of making it better — those things are policy questions, they’re hotly contested policy questions that have been in the news and discussed all summer.

“So, while as I did share my personal experience and am very happy to discuss the reaction our family had to the George Floyd video, giving broader statements or making broader diagnoses about the problem is kind of beyond what I’m capable of doing as a judge,” Barrett concluded.

Barrett’s compassion for the struggles of fellow Americans along with her capacity for nuance, especially regarding controversial topics such as racism, is more proof that she will be an honorable and necessary addition to the Supreme Court.

Hopefully, Barrett’s words will be heard for what they are by more from the radical left, especially those Democratic senators who’ve done nothing but stuff up the air during these hearings thus far.