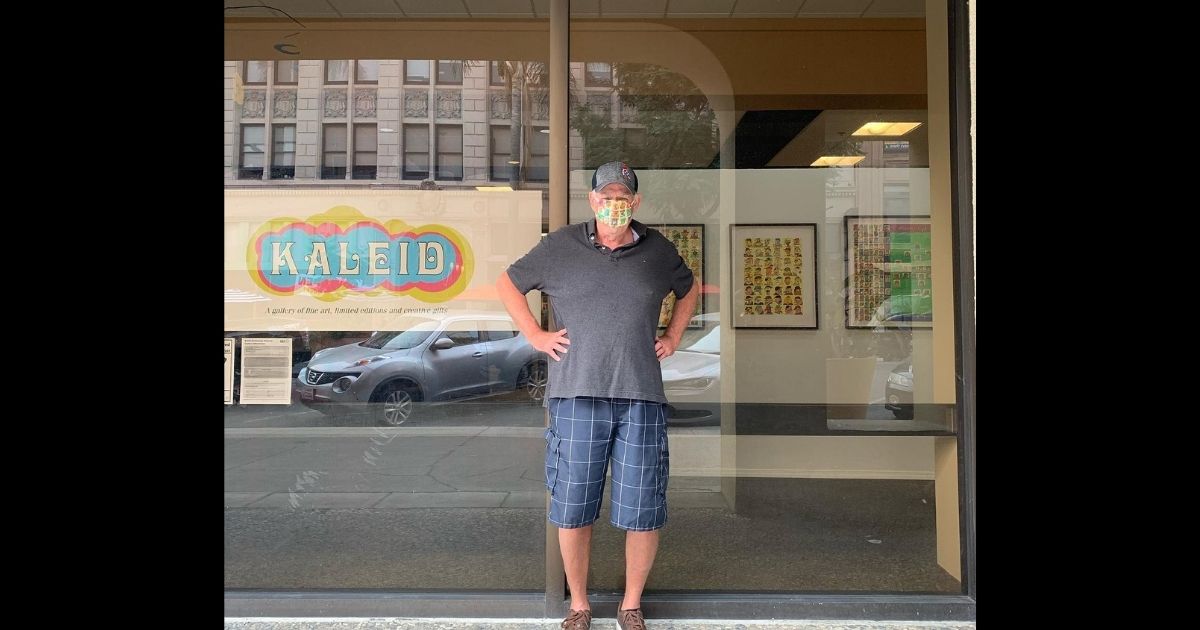 The world doesn’t have to be saved all in one stroke, but a small act of kindness can have a powerful rippling effect — and oftentimes, that first opportunity to do good arrives under the most unexpected circumstances.

California resident Ed Attanasio had been running a small advertising agency and working as an artist-in-residence at San Jose’s Kaleid Gallery before the coronavirus-related lockdown restrictions altered his day-to-day life.

“I got two phone calls and pretty much was furloughed,” Attanasio said in an interview with Today. “I thought, ‘What am I going to do to occupy my time?’”

It’s a struggle that many can likely relate to, especially as restrictions in states like California continue to increase, with Democratic Gov. Gavin Newsom recently issuing a new set of lockdown orders that CNN reports could keep 27 million people shuttered in their homes.

According to Today, however, the shutdown has done little to stop Attanasio from using his artistic talent to bring a little bit of joy to those around him.

The same day Attanasio was forced out of work, a close friend quarantining with family provided just the opportunity he needed to find a meaningful purpose.

Attanasio created an abstract drawing of the kids’ dog and some other animals, prompting one of the children to remark that Attanasio was like “Picasso.”

When word got around, Attanasio was inundated with similar requests, and after seeing how excited the finished product made people, he decided to turn the pastime into a “charity model.”

“Kids and pets have always been my causes,” he said.

Taking to social media, Attanasio launched the Pandemic Pet Project in an attempt to “to bring joy to people during the COVID-19 pandemic.”

The page explains that people can receive “original abstract art” for free.

All Attanasio asks in return is for them to make a donation to the animal rescue organization of their choice.

Since he went public online, the California artist has drawn more than 900 pet portraits, and he estimates that his project has raised roughly $40,000 for animal shelters and rescue groups.

The miniature pet portraits have not only been a hit in the Golden State, as Attanasio has been contacted by people from 25 states and 15 countries already.

With the world still physically distancing, Insider Intelligence reported that social media use has risen dramatically in 2020, and Attanasio has done his fair share to facilitate that, with proud “customers” quick to post a photo with their pet and portrait online upon reception.

In light of a devastating pandemic, this modern-day Picasso said he hopes he has done his part to bring cheer, expressing how touched he has been by the positive reception he’s earned from his supporters.

This doesn’t mean Attanasio intends to work on the project indefinitely, and after reaching his 1,000-portrait goal, the artist told Today he intends to “rest his hand.”

While the artist is entirely sure what his next endeavor will be, he has expressed interest in possibly making a “yearbook” of all the pets he drew to help others through the challenges of 2020.