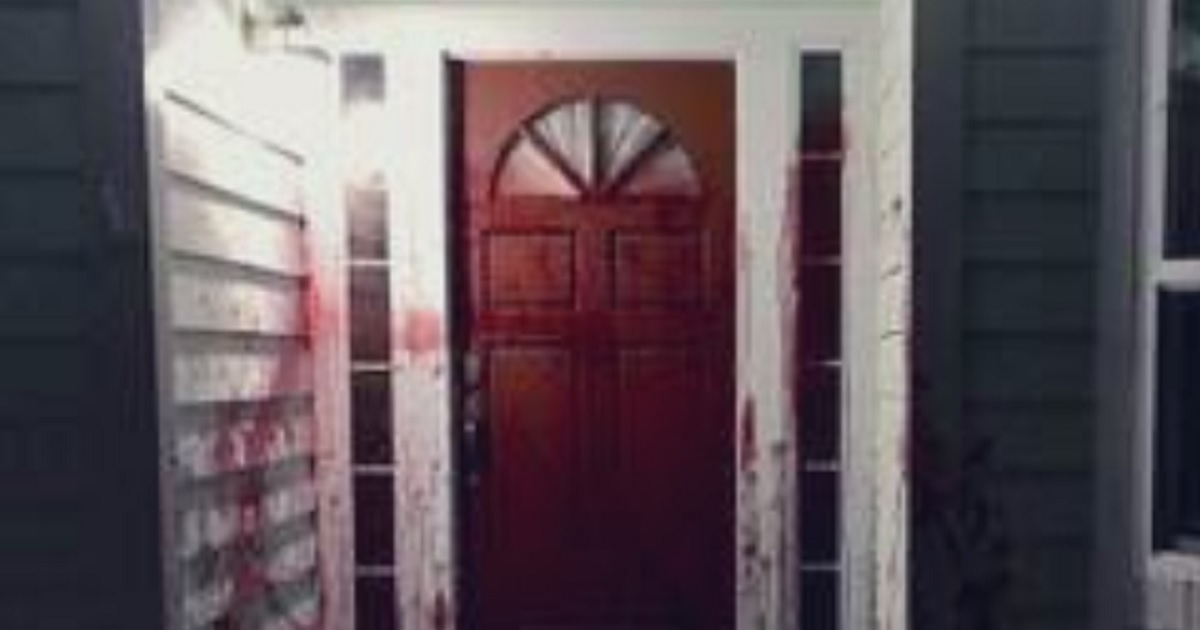 As a picture of mob rule, it doesn’t get much clearer.

Taking a page out of the Manson Family book of public relations, vandals in California struck over the weekend at the former home of a defense witness in the Derek Chauvin murder trial half a continent away in Minneapolis.

And the bloody scene they left behind was a message to the country — if not the one they were aiming for.

According to a statement by the Santa Rosa, California, Police Department, officers were called about 3 a.m. Saturday to a home in west Santa Rosa that had been attacked by a group that threw a pig’s head on the front porch of the building and splattered blood on the front of the house.

“Officers arrived to find the front of the victim’s house smeared with what appeared to be animal blood and a decapitated pig’s head near the front porch,” the statement said, with admirable exactitude.

𝗕𝗹𝗼𝗼𝗱 𝗩𝗮𝗻𝗱𝗮𝗹𝗶𝘀𝗺 𝗶𝗻 𝗦𝗮𝗻𝘁𝗮 𝗥𝗼𝘀𝗮:
⠀
This Santa Rosa home was vandalized by a group who threw a pig’s head on porch & splattered blood all over
⠀
The house used to belong to Barry Brodd who testified for the defense in Chauvin’s trial
⠀
(1/3) #ChauvinTrial pic.twitter.com/tTfhmZqD1r

Less than an hour later, a large statue of a hand outside a shopping mall was vandalized with a “similar substance,” the police statement said — “suspected to be animal blood.”

Santa Rosa Police say 45 minutes later a hand statue at the plaza mall was vandalized w/blood and a sign saying “Oink”. The substance is believed to be animal blood.
⠀
(2/3) #ChauvinTrial pic.twitter.com/7EmX5MRx7A

“The suspects also left a sign in front of the statue which had a picture of a pig and read ‘Oink Oink,'” the police statement said.

The echoes of the “Death to Pigs” messages the Manson Family killers scrawled in blood at the homes of their victims might not have been intentional, but they were impossible to overlook.

According to the police statement, the vandalized residence used to be the home of Barry Brodd, a retired Santa Rosa police officer who now testifies as a use-of-force expert in police misconduct cases.

Brodd was a defense witness last week in Minneapolis, where Chauvin, a former Minneapolis officer, is on trial on murder and manslaughter charges in the May 2020 death of accused counterfeiter George Floyd.

On the witness stand, Brodd called Chauvin’s decision to restrain Floyd by kneeling on his back and neck “justified” under the circumstances.

“I felt that Derek Chauvin was justified, was acting with objective reasonableness, following Minneapolis Police Department policy and current standards of law enforcement in his interactions with Mr. Floyd,” Brodd said.

That’s not a popular opinion in leftist circles, in the mainstream media or among Democratic politicians who are baying for Chauvin’s blood.

After the inexcusable rioting that took innocent lives and scorched American cities last year, any finding by the Chauvin jury that there’s reasonable doubt about the criminal charges against him is going to make the American left look even more disgraceful than it does today.

Therefore, any avenue of defense for the accused officer — including an expert witness testifying under oath in a court of law — is considered a target for attack.

But the outcome of the Chauvin trial is not the issue here. That’s in the hands of the judicial system and a jury that every American — regardless of politics — should be praying for.

What matters here is the mobs set loose in the country — that cut a wide swath of destruction in last year’s rioting and are now targeting — ineptly, as it turns out — a witness who testified in Chauvin’s defense.

Of course, it’s always possible — considering the vandals haven’t been arrested — that this was some kind of “false flag” operation — a la the Jussie Smollett disgrace from Chicago that liberals fell for in droves in 2019. But considering the amount of trouble involved for anyone to attacking what turns out to be the wrong house, it’s pretty clear that this was the real thing.

And it’s pretty clear that the mob’s intended message Saturday was no doubt one of intimidation.

What came through, in short, was exactly the human inclinations toward savagery that society and the rule of law were established to keep in check.

However a fair-minded observer views Floyd’s death — whether it was an actual murder by police officers or the self-inflicted, if accidental, death of a known drug abuser who’d ingested so much fentanyl that his demise wouldn’t have raised a question in most other circumstances — sane Americans understand that a judicial process exists to render judgment.

The mob that can’t understand that — that sees fit to attack the homes, or former homes, of those willing to stand as witnesses for the benefit of the accused — doesn’t belong in the United States.

And a political party that leads that mob, makes excuses for that mob and tries to justify its attacks on the American system doesn’t belong in the leadership of the country — any more than a career criminal and loser named Charles Manson and his bloodthirsty “family” (mainly white women, for what that’s worth) would have belonged in the California State Assembly five decades ago.

It’s regrettable but true: The Democratic Party itself might not stand for anarchy and destruction (though some of its more prominent members make a good show of giving that impression), but far too many on the violent left who identify with its causes certainly do.

The country has just under two years left of Democratic control of both houses of Congress and the White House. There are only 18 months left until the 2022 midterm elections.

Do you think most Democrats are appalled by actions like this?

The chance for sane Americans — and that has to include some nominal Democrats — to vote out a leftist-dominated Democratic Party can’t come soon enough to stop the left’s attempts to tear destroy the American system.

That was the real message of the weekend’s vandalism in California. It’s a good bet that a good part of the country is getting it — loud and clear.