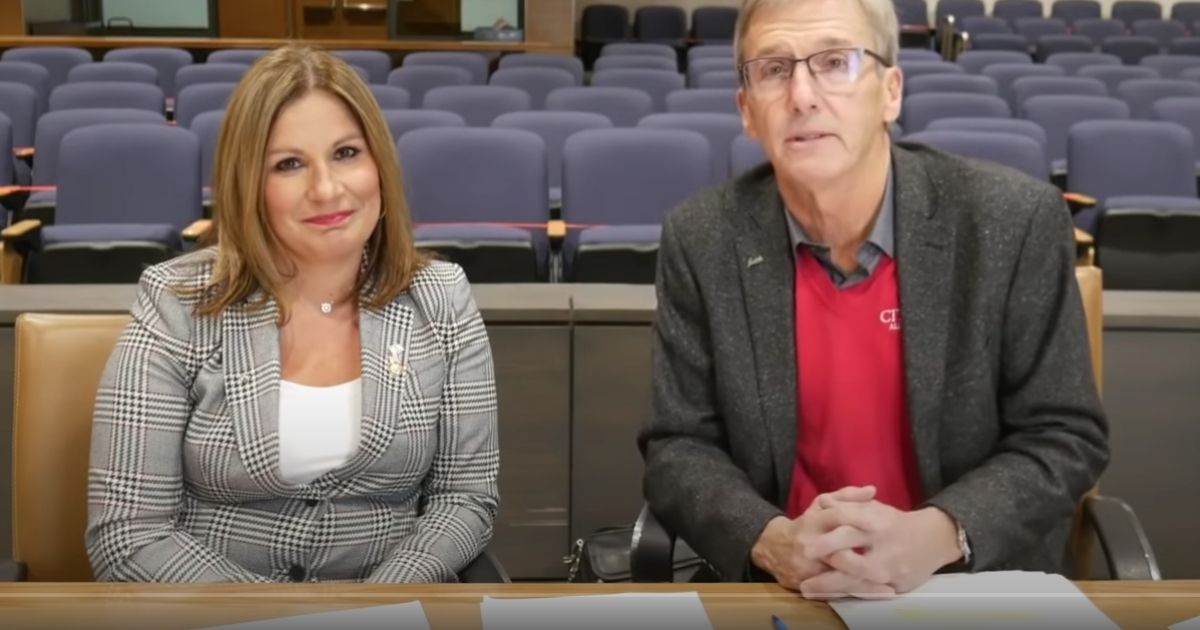 In a video released on Friday, two Minnesota lawmakers called for a full audit of all death certificates marked as COVID-19 deaths.

In the video, state Rep. Mary Franson and Sen. Scott Jensen revealed their own findings after look over thousands of “death certificate data points” and found that the number of COVID deaths was being inflated by roughly 40 percent.

According to Rep. Franson, the investigation uncovered various un-COVID related deaths being counted as COVID deaths, including a freshwater drowning and a vehicle fatality, among others.

Back in April, Jensen had criticized the Minnesota Department of Health for following federal guidelines outlining when doctors should characterize a death as due to  COVID-19, the Star Tribune reported.

In the video released Friday, Jensen reiterated those claims and elaborated on them.

“I sort of got myself in hot water way back in April when I made the comment that I was, as a physician, being encouraged to do death certificates differently with COVID-19 than with other disease entities,” Jensen said.

“For 17 years, the CDC document that guides us as physicians to do death certificates has stood but this year we were told, through the Department of Health and the CDC, that the rules were changing if COVID-19 was involved.”

“If it’s COVID-19, we’re told now it doesn’t matter if it was actually the diagnosis that caused death. If someone had it, they died of it.”

Has the threat of COVID-19 been exaggerated?

Franson claimed she received “raw files” from the Minnesota Department of Health on the death certificates.

After enlisting a team to go over the data, what Franson attests they found is incredibly troubling.

In what is perhaps the most egregious case, a person who was ejected from a vehicle during an accident was “counted as a COVID death” because he had the virus in his system at the time, according to Franson.

“I have other examples where COVID isn’t the underlying cause of death. Where we have a fall. Another example is we have a fresh water drowning. We have dementia. We have a stroke and multi-organ failure,” she said.

Of the 2,800 “death certificate data points” Franson’s team looked at, as many as 800 did not have COVID-19 as the underlying cause of death.

“That would mean that we’ve had the number inflated by 40 percent,” Jensen said.

According to him, the “policies that the governors around this country have put in place” use COVID-19 death certificate data “to drive the program.”

COVID-19 is dangerous. Both Franson and Jensen admit as much at the beginning of the video.

That being said, it’s not as dangerous as we’ve been led to believe.

What might be more dangerous are the lies being told about the disease that are destroying the lives of everyday Americans.