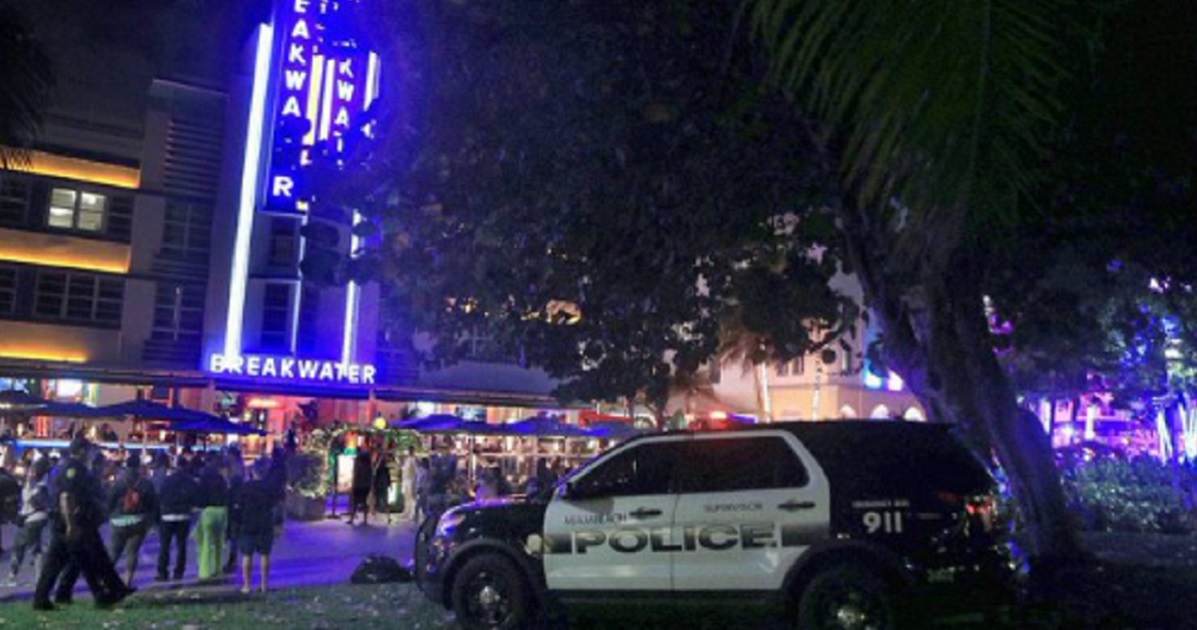 Miami Beach is under an 8 p.m.-6 a.m. curfew after spring break crowds pushed city officials to crack down on disorderly crowds.

“Our city right now, in this area, has become a tinder, and we cannot have a policy of simply hoping that it’s not lit,” said Miami Beach Mayor Dan Gelber, according to WSVN-TV.

With crowds exceeding expectations, spring break has been marked by vandalism, fights and mass gatherings without any masks or social distancing.

“These crowds are in the thousands. We’re at capacity,” interim City Manager Raul Aguila said in announcing the curfew on Saturday, according to The Associated Press.

“All restaurants and bars and other businesses must be closed no later than 8 p.m.,” said Aguila, WSVN reported.

Tourists and hotel guests are also warned to stay indoors during the curfew, according to the Miami Herald.

BREAKING NEWS: Due to overwhelming spring break crowds, the city of Miami Beach will impose an 8 p.m. curfew in the South Beach entertainment district and block most eastbound traffic entering the city after 10 p.m., beginning Saturday.
https://t.co/HYladHMMFW

Aguila said he wants the curfew in place through April 12.

RELATED: International Fans Will Be Banned from Entering Japan for Olympics

During the curfew period, police are blocking all traffic into Miami Beach on three main causeways that connect Greater Miami to Miami Beach.

“Last night, if you saw the photos of Ocean Drive, it was quite simply overwhelming,” Aguila said, according to The Miami Herald. “It looked like a rock concert. You couldn’t see pavement and you couldn’t see grass. So we feel that this is necessary not only to protect our residents but our visitors, including our spring breakers, who we want to keep safe.”

Gelber said safety issues have “only been getting worse,” noting a Friday night incident in which someone shot a gun into the air on a crowded street.

Was Miami Beach right to crack down on the spring break revelers?

“When you see the sort of gunplay and rioting behavior, your plan cannot be hope and luck,” Gelber said, according to The Herald. “You have to take action.”

Jessica Knopf, owner of the Sriracha House restaurant on Washington Avenue, said she can’t afford to close after the impact of the coronavirus on her business over the past year.

“This hit us out of left field,” Knopf told The Herald.

“This is just like the last straw,” she said. “Coming off COVID, we were finally starting to see things turn around.”

Ocean Drive Association Chairman Jonathan Plutzik, owner of the Betsy Hotel, said despite the economic ramifications, the curfew is the right call.

“Obviously we hope that the closure doesn’t impact anyone in too severe a manner, but the consequence of not getting this right — of having a really serious incident that causes people to stay away in some more fundamental way — that would be catastrophic,” Plutzik said.