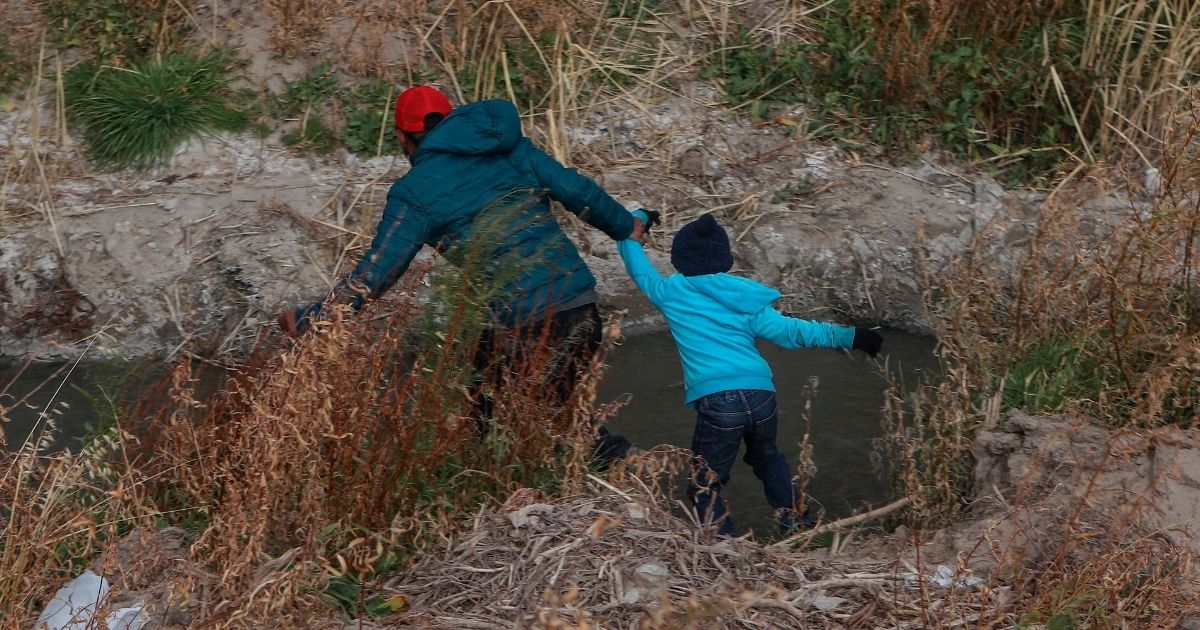 They’ve only been in office for a little over two weeks, but President Joe Biden and his administration are already throwing a 2014 party at the southern border — with Mexico’s help.

According to Reuters, officials in Texas are releasing illegal immigrant families from Central America because several Mexican provinces are refusing to take them back. The refusals have led to crowded Border Patrol facilities — and the release of immigrants to shelters.

The Biden administration had tried to preclude this. Yes, it introduced an immigration bill that amounted to amnesty — but it ensured that anyone who arrived in the country after Jan. 1 wouldn’t be eligible for the plan, which would provide an eight-year path to citizenship.

There was still one migrant caravan determined to make it to the U.S. border despite both the coronavirus pandemic and the Biden administration’s dithering on undoing the Trump administration’s border policies. Now, it might have to deal with yet another situation like the Obama administration saw during the 2014 migrant crisis.

The decision not to accept illegal immigrant families “expelled” from the United States has only happened in two sectors of the border, according to The Washington Post. They just so happen to be two of the busiest Customs and Border Protection sectors in terms of illegal crossings — the Del Rio Sector and the Rio Grande Sector.

The immigration from Central America — mostly Honduras — began increasing last year and has risen to problematic proportions, according to CBP spokeswoman Stephanie Malin. That’s led to families being released.

“CBP has seen a steady increase in border encounters since April 2020, which, aggravated by COVID-19 restrictions and social distancing guidelines, has caused some facilities to reach maximum, safe holding capacity,” Malin said in a statement.“Whenever feasible we are seeking alternatives to detention in cases where the law allows.”

This has led to the return of “catch and release,” whereby illegal immigrants are released into the community pending a hearing. According to BuzzFeed News, this means the immigrants are being left in border towns such as Brownsville and McAllen, Texas.

“COVID-19 protocols, changes in Mexican law, and limited US holding capacities have forced us to adapt,” CBP said in a statement.

Should “catch and release” be reinstated?

“For those migrants who are released, CBP may work with non-government organizations who will assist them through the out-of-custody process.”

Former acting Homeland Security Secretary Chad Wolf tweeted about the mounting crisis. “This is heartbreaking,” he said Wednesday. “Catch and release is back for minors and now families. More concerning during COVID as well. This is slowly building to a full blown crisis.

“Urging the new DHS team to take decisive action now – before they are overwhelmed.”

This is heartbreaking. Catch and release is back for minors and now families. More concerning during COVID as well. This is slowly building to a full blown crisis. Urging the new DHS team to take decisive action now – before they are overwhelmed. https://t.co/sMuOGpXRAG

The issue involves the Mexican state of Tamaulipas, which recently stopped allowing Central American families to be returned if they have children with them who are under the age of 6. This means either freeing them until they have a hearing or keeping them in custody.

The Post also reported a new Mexican law that prohibits families with young children from being held in detention centers; human rights groups applauded the change.

Given COVID-19, this also means facilities to hold illegal immigrants are often operating at half-capacity. So, catch and release is in full effect, and this time the consequences could be a lot more dire.

“In the Rio Grande Valley of South Texas, adults arriving with children are now being taken to the Border Patrol station in McAllen for processing, and then typically released into the U.S. interior, border officials said. CBP officials do not administer coronavirus tests to migrants in their custody and do not have the capacity to do so,” The Post reported.

For those who run shelters for the families being released, this is especially worrisome.

“We can handle a surge, we can handle immigrants, but the difference now obviously is COVID.”

“Rodriguez said Texas emergency management officials have sent testing kits to the Rio Grande Valley for use by the shelters that house migrants after they’re released by CBP,” The Post reported.

“But he said families that leave the area after release would not necessarily be tested. Also unclear was how the shelters would handle those who test positive.”

And then there’s a question of motivation. The issue with this “more humane” policy is that it ends up being far less humane to children, given that here’s now an incentive to bring children along on a perilous journey — particularly if they’re young.

We couldn’t afford the border crisis we had under Barack Obama. When that happened, however, we weren’t dealing with a pandemic. This is only going to get worse, particularly when we can’t even vaccinate our own citizens fast enough, much less illegal immigrants.

The disaster that was waiting to happen may already be here, particularly since Mexico feels free to steamroll the Biden administration on illegal immigration policy.