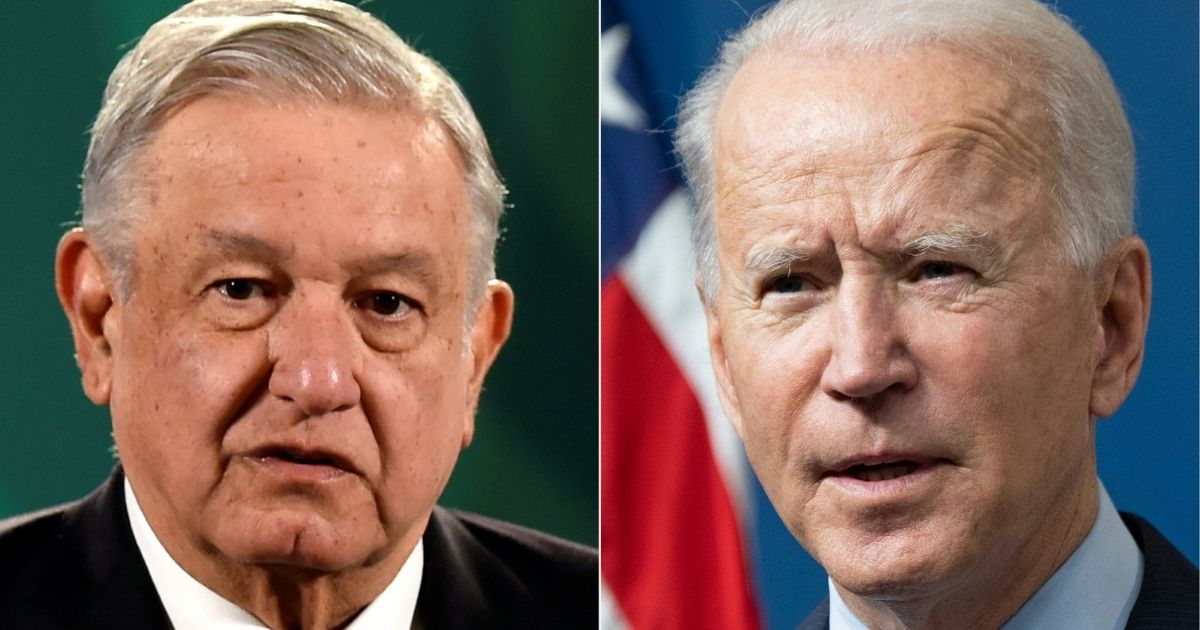 Mexican President Andrés Manuel López Obrador on Tuesday blamed the crisis on the other side of his country’s border with the U.S. on the Biden administration’s messaging on immigration, which he said created “expectations” among would-be migrants.

Those seeking to cross the border keep a close eye on American policy and the country’s politics. One thing was clear under former President Donald Trump: immigration laws would be followed and the act of crossing the border is a crime, and crimes come with punishment.

Of course, those who did cross into the country for most of Trump’s presidency weren’t jailed or fined — not unless they committed egregious crimes while here. Most were simply deported back to where they came from.

That sent a message: don’t come here and expect to be met with a blanket and a hug.

As a result of a border that was secured, laws that were followed and policies which sent lawbreakers back to where they came from, illegal crossing were way down for the majority of Trump’s term.

Those who rely on illegally crossing the border to funnel in drugs, weapons and people were undeterred, but they were refreshingly challenged by Trump’s policies.

The man almost completed a border wall without the help of congress and with activist judges fighting him over every inch. He certainly never armed the cartels and others by sending guns south — as occurred during the administration of former President Barack Obama.

But as the 2020 election neared, Democrats began their pandering rhetoric with regard to the issues which are pleasing to their base. One of those issues was, of course, immigration. It always is.

Biden and Democrats pushed a message that the border was more or less an imaginary line on maps. Trump’s audacity to enforce existing laws was draconian, inhumane and near-sighted, they inferred. They vowed change, and they made right on that vow.

Do you think Biden has the answers to stop the border crisis?

According to Obrador, that messaging during debates and on cable news was received loud and clear by Central Americans and people in his country who were seeking to head north.

At a media briefing on Tuesday, the Mexican president assigned blame to Biden for creating the environment that now has tens of thousands of children living together in cramped quarters. The message was shared to Twitter and translated by Mexico Today editor José Díaz-Briseño.”

“Expectations were created that with the government of President Biden there would be a better treatment of migrants. And this has caused Central American migrants, and also from our country, wanting to cross the border thinking that it is easier to do so,” Obrador said.

AMLO: “Expectations were created that with the Government of President Biden there would be a better treatment of migrants. And this has caused Central American migrants, and also from our country, wanting to cross the border thinking that it is easier to do so” pic.twitter.com/TNrZQamuWK

RELATED: Expert: Watch Out for Biden’s ‘Undercover Tax on Just About Everybody’

Obrador wasn’t telling us anything we didn’t already know. Democrats are weak on immigration, and the entire world knows it. Earlier this month, the Mexican president actually shared with us what Biden is called south of the border.

“They see [Biden] as the migrant president, and so many feel they’re going to reach the United States,” Obrador said, The Washington Post Reported.

“We need to work together to regulate the flow, because this business can’t be tackled from one day to the next.”

“Mexico’s president said Biden had stirred hopes for many Central Americans seeking to immigrate or reunite with loved ones.

“They see him as the migrant president,” López Obrador told reporters https://t.co/4SCsGutNIf

Those words about a joint solution were hollow. Obrador has as much authority to secure a sovereign border as Biden.

He’s done nothing of note to secure Mexico’s side of the border, and at this point, anything short of sending the entire Mexican army to guard it would likely fall short.

Neither Biden nor Obrador seem interested in stopping the trafficking of human beings, guns and drugs. Neither man has done anything to keep unaccompanied minors out of child detainment camps.

Both men share some blame for the fiasco, but the crisis is ultimately all on Biden and his inept administration.

The Mexican president did disclose one bit of information with his initial comments: Biden is the migrant president.

As such, drug cartels, cheap laborers and even Obrador himself are all taking advantage of Biden, or at least having a laugh at his expense.

Why would Obrador spend resources dealing with an influx of migrants on his side of the border when he and the rest of the world know Biden isn’t capable of navigating a set of stairs?