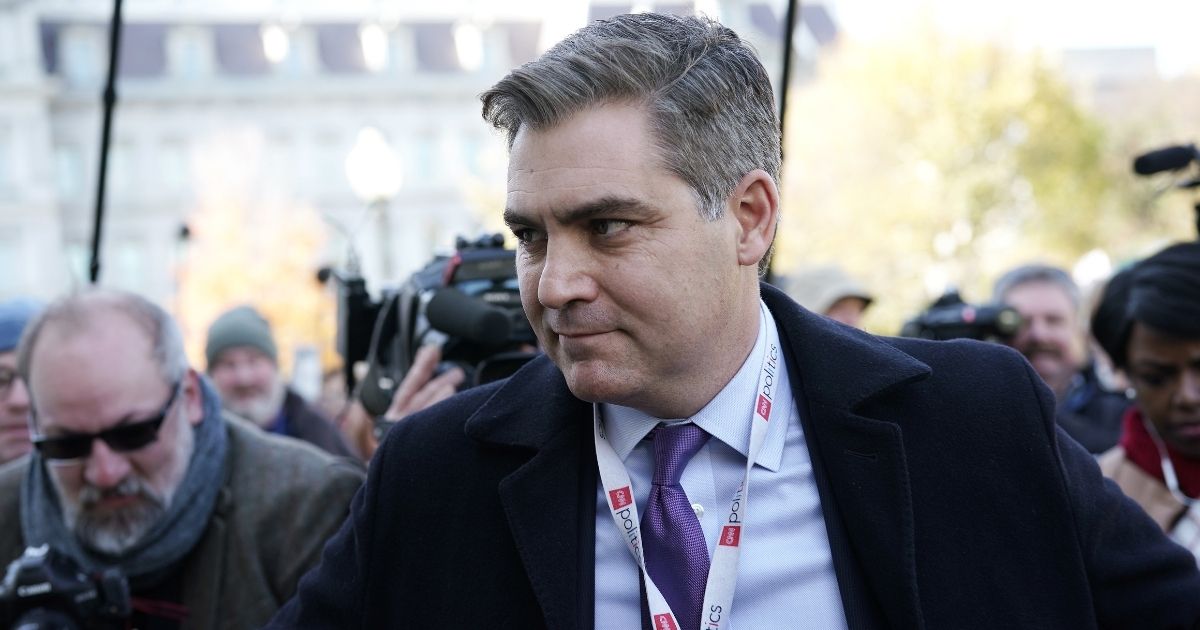 If you thought the left-wing establishment media had any intention of sticking to its sanctimonious Fourth Estate act after the Trump era, think again.

When the dust settles and if longtime Washington insider Joe Biden joins the rank as one of America’s most notable executives, you can bet the “resistance” media rancor will die down in a heartbeat, as four years of fighting for “truth” falls away and media personalities line up to kiss the presumptive incoming president’s boots.

Of course, everyone already knew that — but, in the event that you were unsure, CNN anchor Jim Acosta just went to the trouble of saying so himself.

According to a Tuesday report from The Atlantic, the prominent anti-Trump talking head plans to part ways with his constant grandstanding and interruption in the White House briefing room, suddenly intent on giving administration officials a fair shake.

“I don’t think the press should be trying to whip up the Biden presidency and turn it into must-see TV in a contrived way,” Acosta said.

Avoiding sensationalism has not always been the star reporter’s modus operandi, however — a reality political commentators and honest journalists across the ideological spectrum were quick to emphasize.

CNN’s Jim Acosta was the most flamboyantly adversarial reporter in the Trump White House. Maybe you thought he was partisan. No! Acosta says he took that stance because Trump’s criticism of the press was a ‘nonstop national emergency.’ From @TheAtlantic https://t.co/b0jyw7XD6Z pic.twitter.com/xSy6aGy8DP

LOL – when people asked me why I wasn’t happier that the media finally comported with the standards I and others have long advocated — being adversarial, explicitly identifying “lies” — I always said it was because it’d go back to normal after Trump. It was a Trump-only change: https://t.co/880uZ1a3Xd

As CNN‘s chief White House correspondent, Acosta has relied on contrivance to produce almost all of the content and outbursts he has squeaked out over the course of Trump’s tenure, from constant verbal arguments with administration officials to staged West Wing walkouts.

The reporter even managed to milk the moment for a memoir, claiming in his 2019 book that Trump’s tongue-in-cheek nicknames for the media had made it “a dangerous time to tell the truth in America.”

Such attacks constituted a “nonstop national emergency,” Acosta told The Atlantic, going on to suggest that every journalistic trip to the Trump White House “might merit hazard pay.”

Gone are the days when a journalist would risk being jostled in the crowd for a story, I guess.

And gone with them are the short-lived days when a reporter would automatically assume dishonesty in every single claim forwarded from the Oval Office.

Those days, it would seem, started and ended with Trump.

At least, they did for CNN reporter Daniel Dale, who landed himself a seat at the establishment media big kid’s table with a round-the-clock effort to ring the president up for as many “false” fact-checking labels as possible these past four years.

But Dale’s “beat will necessarily expand come January,” The Atlantic reported. In the news analyst’s own words, “It will not be a 24-hour, seven-day-a-week job to fact-check Biden.”

So, Dale will find bigger fish to fry than some obviously honest potential Democratic president.

Instead, the CNN reporter will apply similar “intensity and rigor” to the issues that really matter — things like “online disinformation” and the claims of “congressional leaders.”

All the better if those claims and supposed “disinformation” campaigns come from the American right, of course.

It’s not just that CNN, NBC, WashPost, the Atlantic, New Yorker, etc. will cease to be adversarial with Biden/Harris. It’s way worse: they will be the new administration’s primary spokespeople, their first line of defense, their chief propagandists: their familiar role.

But far be it from me to suggest this obvious double standard is in any way partisan or politically motivated. Acosta did assure The Atlantic it wasn’t, after all.

It’s not the establishment media’s fault the only thing Biden has given them to cover is Kamala Harris’ marriage and the musical history of our supposed incoming secretary of state.

With no sexual misconduct allegations or conflicts of interest to speak of in the Biden camp, what better things could freelance reporter Andrew Feinberg do with his time than reveal which major news networks neglected to put the presumptive president-elect’s live remarks on television?

Democracy does die in darkness, of course … or does it die in the blistering spotlight of an establishment media oddly exhilarated at the thought of a septuagenarian president unable to finish his own sentences?

I don’t remember the darn slogan.