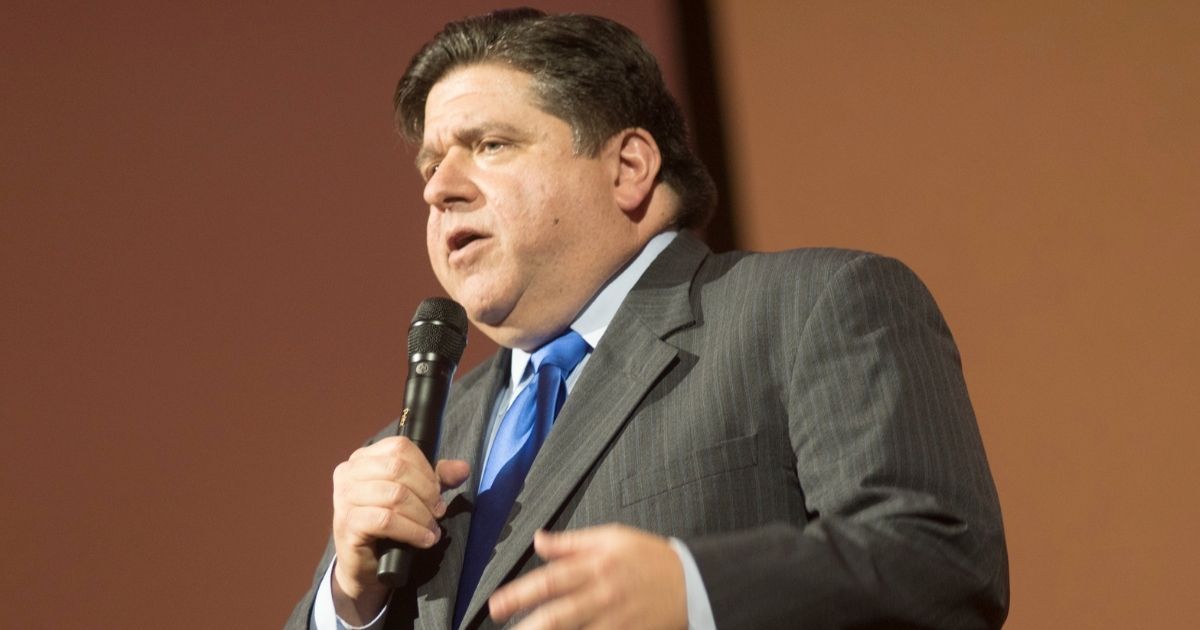 A rebellion against authority is brewing in America’s heartland, where several Illinois communities are fighting back against the latest COVID-19 restrictions issued by Democratic Gov. J.B. Pritzker.

Pritzker announced Sunday that because coronavirus cases are rising all across the state, new restrictions will be put in place as of Wednesday, according to WMBD-TV.

The restrictions include bans on indoor dining and crowds of more than 25 people in public.

East Peoria Mayor John Kahl said his business community will not obey the latest edict, according to a post on his Facebook page.

“East Peoria will not be enforcing the restrictions that will be imposed by the Governor on our business community in the coming days. We will continue to support the rights of all members of the business community to remain open,” he wrote.

“The businesses of East Peoria have done their part throughout these challenging times and not a single one of them has been found by the Health Department to pose a risk to public health. I ask for your continued support of all members of our business community!” he wrote.

Others were also refusing to obey.

Orland Park Mayor Keith Pekau pushed back against the governor’s latest order in a video posted to YouTube, saying that the new standards for measuring COVID cases are “ludicrous.”

He noted that restrictions were not put in place when rioters ran wild over the summer.

“Apparently, looting and rioting were OK, but small businesses trying to keep their businesses from permanently closing is not,” he said.

Pekau said he doubted the legal validity of the order.

“Let me be clear; local officials do not have the power or responsibility to enforce an executive order issued pursuant to the IEMA Act,” he said, referring to the order under which the governor is operating.

RELATED: Trump Hints That a Fauci Firing Could Be Coming: ‘He’s Been Wrong on a Lot’

“If the village takes any step to enforce these orders, which may be illegal and could be voided by a downstate judge, it opens the village up for potential civil rights liability,” he said, saying that he will not implement Pritzker’s order.

He said that the order is not about health policy alone.

Are these COVID rules about power and not health?

“The governor continues to move the goalposts,” he said. “This is about control and power, not about science and data.”

According to the Center Square, Morton Grove Village President Daniel DiMaria wrote the governor, saying his community will also not enforce the order.

“I will continue to urge all Morton Grove residents and businesses to practice common sense solutions to slow the spread of the pandemic, but I cannot in good conscience order the Morton Grove Police Department to enforce your Order,” he said. “We have been advised that the village could be sued if we try to enforce this order.”

McHenry County Chairman Jack Franks sent a letter to Illinois Department of Public Health Director Dr. Ngozi Ezike saying that his county’s data was being exaggerated, but what was clear was the impact on businesses.

“According to the McHenry County Economic Development Corp., the county has already lost about 26% of its small businesses this year, and many others barely survived the previous lockdown,” Franks said. “Some of them, I am sorry to say, will not make it through the winter.”

The Illinois State Police said they will enforce the governor’s rules.

“In desiring to protect the public and prevent the spread of the COVID-19 virus, the Illinois Department of Public Health requested assistance from the Illinois State Police in our role of helping to enforce IDPH emergency rules,” Sgt. Joey Watson said.

“As outlined in the administrative rule, enforcement is an incremental process starting with a notice of non-compliance. If businesses continue to not comply, as has been the case in some instances in Region 4, state or local law enforcement can issue the business a misdemeanor citation, similar to enforcing indoor smoking laws. Local state’s attorneys determine how to proceed as they would in any other misdemeanor case.”