Hey traders! Below are the latest forex chart updates for Monday’s sessions. Learn from the provided analysis and apply the recommended positions to your next move. Good day and Good Luck!

The pair failed to break out from an uptrend channel resistance line, sending the pair lower. Eastern Europe is leading the recover of the European Union with the Visegrad Group at the forefront. Hungary managed to lessen the country’s unemployment rate from 4.6% in August to 4.4% in September. The recent report represents the second consecutive decline in the country’s unemployment report this year. Aside from this, the $272.00 million increase in the country’s trade balance report will further add strength to the Hungarian forint. On the other hand, western Europe led by Germany and France were mixed in their third quarter GDP results last week. Germany’s Q3 result was an expansion of 8.2%, beating analysts’ estimates of 7.3% growth. Despite this, the growth in Q3 was lower than the previous quarter’s -9.8%. The opposite is true for France which grew by 18.2% beating both estimates and previous record of 15.4% and -13.7%, respectively. 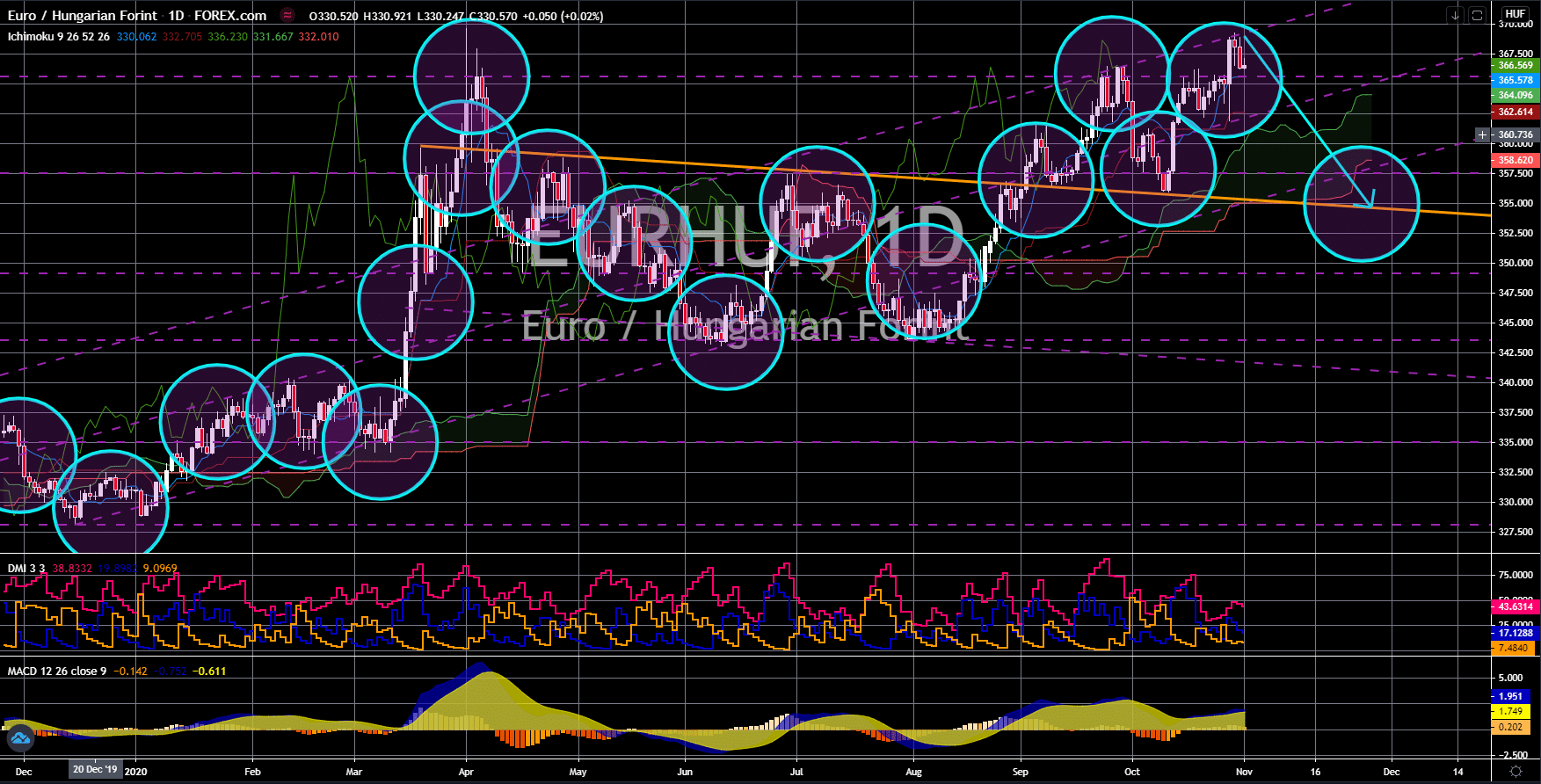 The pair is expected to break out from its January 2016 resistance line, which will send the pair higher towards the 100.000 price level. The Russian economy showed an uneven growth on its recent reports. Retail sales decline by 3.0% in September with the service production plummeting by 12.0%. The number of new car sales, on the other hand, went on the opposite direction and grew by 3.0%. Housing construction increased by 6.0% YoY but unemployment rate ballooned to 6.3% of the country’s workforce. The household income also went down by 5.0% in Q3. This suggests that although the manufacturing and construction began to slowly recover, consumer’s confidence was still low. On the other hand, the mixed results from the European Union should not be misinterpreted as a decline in growth but rather as a slow recover. Germany, France, Italy, and Spain all posted better-than-expected results for their gross domestic product reports for Q3.

The pair will break out from its March 24 high, sending the pair higher towards its March 2009 high. Poland’s ambassador to Turkey announces his support to Turkey’s accession inside the EU. However, analysts warned that there might be some repercussion on this statement. A French satirical publication published a full-page image illustration humiliating President Recep Tayyip Erdogan. This, in turn, prompted Erdogan to accuse French Emmanuel Macron of being an anti-Muslim. In less than 48 hours after the illustration was published, an attack in Notre Dame basilica emerged killing three (3) people. Following this, Macron called Erdogan’s leadership has “imperial inclinations”. In other news, Poland hit its highest daily COVID-19 infection at 18,820 on Wednesday, October 28. A day before this, Polish PM Mateusz Morawiecki unveiled the country’s latest stimulus package of $461.93 million.

As Europe braces for another wave of the coronavirus pandemic, Sweden’s unusual herd immunity strategy took the spotlight again. The country refrain from locking down its economy in late March which resulted to almost 6,000 deaths. Now that COVID-19 threatens countries to impose another lockdown, analysts were left wondering if Sweden will follow them. Currently, Sweden has a total of 124,000 infections. On October 28, the country hit its highest daily COVID-19 infections at 3,396. Meanwhile, other EU member states began imposing restrictions on their territories. Germany was among the European countries who acted early on the coronavirus surge. In her weekly video, German Chancellor Angela Merkel said that around $11.6 billion were already allocated to help businesses directly affected by the deadly virus. As of writing, Germany led the 4-week lockdown in Germany which Merkel dubbed as a lighter version of a lockdown.