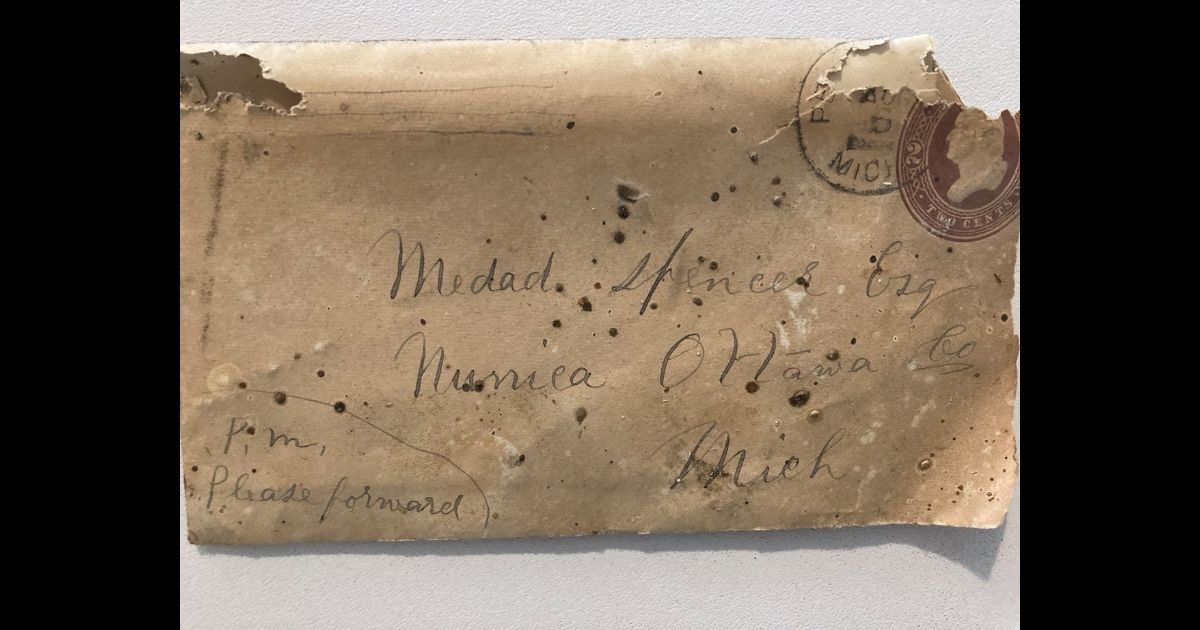 Some people are drawn to older houses because of their character. Those buildings have lived a little, seen generations of owners and no doubt hold more than a few secrets within their walls.

That turned out to be literal for the farmhouse Erik Erhorn of Nunica, Michigan, purchased in 2017. Originally built in 1870, part of the home had been remodeled, but a few pieces of history were still lurking, waiting to be discovered.

“When I bought the home in 2017, the lower-level interior of it had undergone some serious modernizing,” Erhorn told WZZM-TV. “We knew some of the upstairs rooms would eventually need work, so we decided to do that this spring.”

He and his brother Tyler recently got to work and turned up something interesting.

“We started by pulling the carpet up,” Erhorn said. “After that, [Tyler] had a crowbar and I had a hammer and we were just — we were just going to town ripping the baseboard off.”

As the baseboard came down, the brothers saw an aged piece of paper amid the rubble.

“It was a letter still inside its original envelope,” Erhorn said. “And I remember thinking that ‘Yeah … it’s cool, but it probably doesn’t amount to anything.’”

But as soon as he spotted the date on the handwritten letter — Aug. 3, 1886 — he knew this was a special find.

“My brother and I came across a letter written in 1886,” Erhorn posted on Facebook. “(Apparently it has been in the wall upstairs for 135 years) It was written to Medad Spencer who was born in New York in 1831 and died in Nunica in 1919.

“The photo was in the house when we bought it and it shows the Spencer family and our house in 1923.”

According to Erhorn, the writer of the letter was really extolling the virtues of some land he had for sale.

“Charles V. Warren was really trying to sell Medad on his property,” Erhorn explained. “He’s boasting about good tillage, streams running through it with tons of trout and good timber.”

RELATED: This Victorian Mansion Cost Only $10 – But There Was a Catch

Based on the fact that the back of the envelope appears to bear scribbled lumber dimensions, Erhorn thinks the letter must have been used as scrap paper during construction years and years ago, and that it then got trapped behind the baseboards as construction progressed.

Along with the letter, the brothers found a few other relics as they continued their remodel.

“I found a wooden dowel rod, a small leather belt, a map of Asia and Africa and an advertising pamphlet talking up a washboard,” Erhorn said.

The unintentional time capsule is something Erhorn wants to preserve.

“If he never did purchase the property, was it because this letter got lost behind the baseboard and he never knew about it? This lost letter may have altered the course of history, and I’m a part of that history now,” he said.