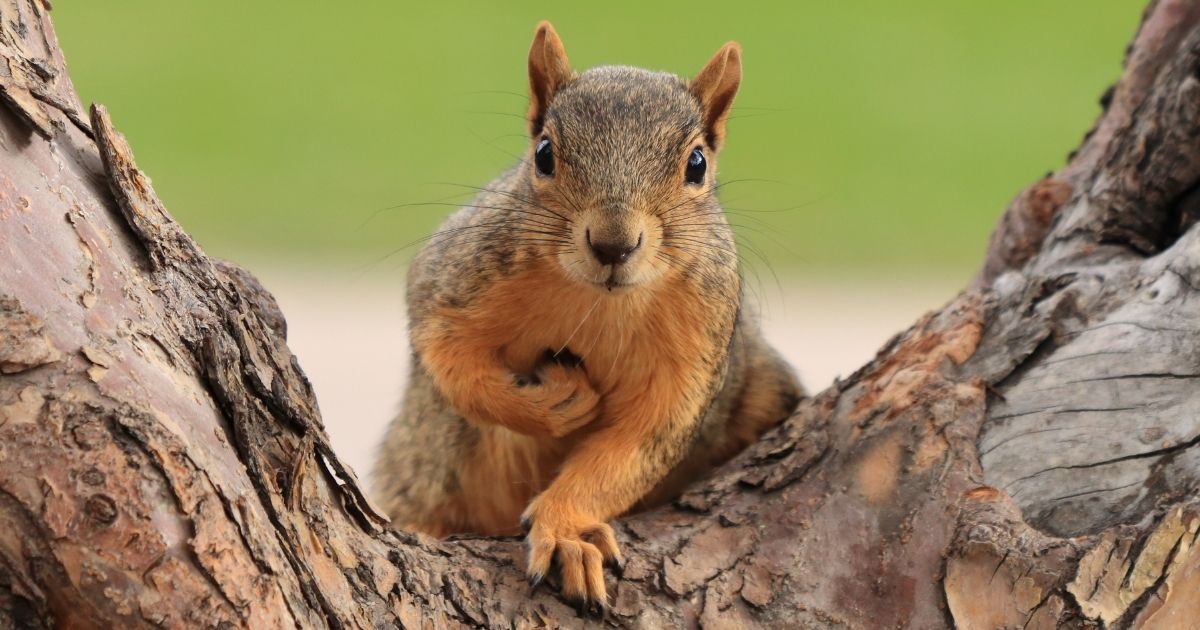 If movies like “Temple Grandin” failed to persuade enough people to turn vegan, then perhaps the thought of someone dying after eating squirrel brains might.

As the small game hunting season begins nationwide, perhaps any animal that has been featured whimsically in a Disney cartoon should be kept off the menu if killed during this season.

And one resurfaced report detailing a hunter’s peculiar death several years ago seems to back up the idea that it’s best to lay off the furry woodland creatures.

They might just take their revenge by infecting those who eat them with a fatal brain disease, as doctors believe may have been the case here.

According to Live Science, the family of the 61-year-old man at the center of the case confirmed that he enjoyed hunting, and he reportedly had eaten squirrel brains on a hunting trip prior to being admitted to the hospital in 2015 in Rochester, New York.

At the time of his admission, the man was reportedly suffering from neurological symptoms that had caused him to lose touch with reality, and a brain scan showed signs of a form of rare affliction called Creutzfeldt-Jakob disease.

CJD is a usually fatal “neurodegenerative disorder” that the Centers for Disease Control and Prevention says is “caused by an abnormal isoform of a cellular glycoprotein known as the prion protein.”

Despite the deadly nature of the disease, however, not very many cases have been recorded.

Live Science reported the disease has only been diagnosed a few hundred times — primarily in the United Kingdom, where the consumption of infectious beef is believed to have led to an outbreak of “mad cow disease” in the 1980s and 90s.

Should doctors more thoroughly investigate the side effects of eating squirrel brains?

The National Institutes of Health also says that only one in one million people are diagnosed with the disease worldwide each year.

Given the rarity of the disease, researchers at Rochester Regional Health were prompted to investigate it further when four suspected cases suddenly cropped up at the hospital between November 2017 and April 2018.

The 61-year-old hunter’s case came to the researchers’ attention when they reviewed all of the suspected CJD cases that occurred at the hospital from 2013 to 2018.

Researchers identified the man as a “probable” case of CJD based on the results of his MRI scan and a test that had detected abnormal proteins in the patient’s cerebrospinal fluid.

RELATED: Report: As Minneapolis Crowd Begins Attack, Cops Ask To Use 40mm Launchers To Protect Themselves

While researchers could not confirm that the consumption of neurologically compromised meat had caused the condition, it was not the first time the parallel has been drawn.

Research published in The Lancet in 1997 indicated that the transmission of the disease in the state of Kentucky appeared to be related to people eating the brains of squirrels and other wild animals, which the journal noted is not uncommon in rural parts of the state.

So, even if it’s an old family recipe, the risks associated with a tall order of squirrel brain certainly seem to suggest that rabbit or venison might go down a little easier.

If all of this is still not enough to turn people’s stomachs, then perhaps the upcoming horror film “Squirrels” will be a far more educational experience than initially anticipated.