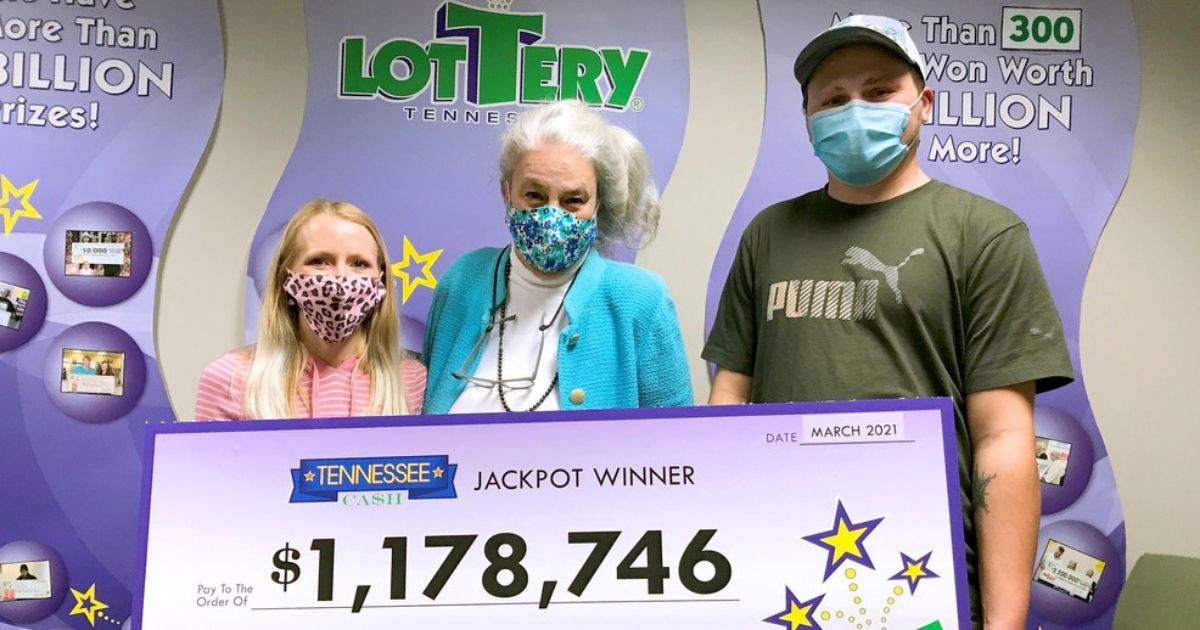 Nick Slatten of Sparta, Tennessee, had just finished a day of work laying tile on March 10. On his way home, he stopped at Village Market to get something to drink.

He also decided to purchase a Tennessee Cash ticket for that day’s drawing — the winnings would be over $1 million, so what could it hurt?

The next morning he checked on the winning numbers only to discover that he held the winning ticket.

“I was stunned. I couldn’t believe it,” he told the Tennessee Lottery. “I can’t express it. It was something else.”

There, in his hand, was the piece of paper with matching numbers that would make him the winner of the $1,178,746 total.

Thrilled, he broke the news to his fiancée before helping his brother out by taking him to run errands and then getting some lunch.

He must have been on cloud nine, with a spring in his step, imagining all the ways that cash could help … but then he made a gutting discovery.

The ticket was no longer on him.

“I couldn’t find it anywhere,” he said.

He backtracked, checking every place he’d gone to. It was windy out, and the ticket — if found by someone else — could be claimed by whoever held it.

But by some miracle, he spotted that important slip of paper in the parking lot of the O’Reilly’s they’d visited, and it was in plain sight right next to someone’s car.

“It’s a million-dollar ticket, and someone stepped right over it,” Slatten said.

He secured the ticket and the winnings, and he and his fiancée planned to do the usual with their unexpected windfall: Buy better cars, buy a house and invest — none of which would be possible if Slatten hadn’t beaten the odds twice, first by buying the winning ticket and then by finding it after it was lost.

The story has sparked many comments about how meticulously people would store their tickets in case of a win.

As the Tennessee Lottery pointed out, that little piece of paper is the only way anyone can claim the winnings — even if they didn’t buy the ticket. Whoever holds the ticket, through whatever means, can claim the prize, so if someone had spotted that ticket and turned it in, they would have been the new winner.

Have you ever bought a lottery ticket and thought about what you would do to protect it if you won?