Home Daily News Man Arrested on Terrorism Charges After Explosive Device Is Found at a... 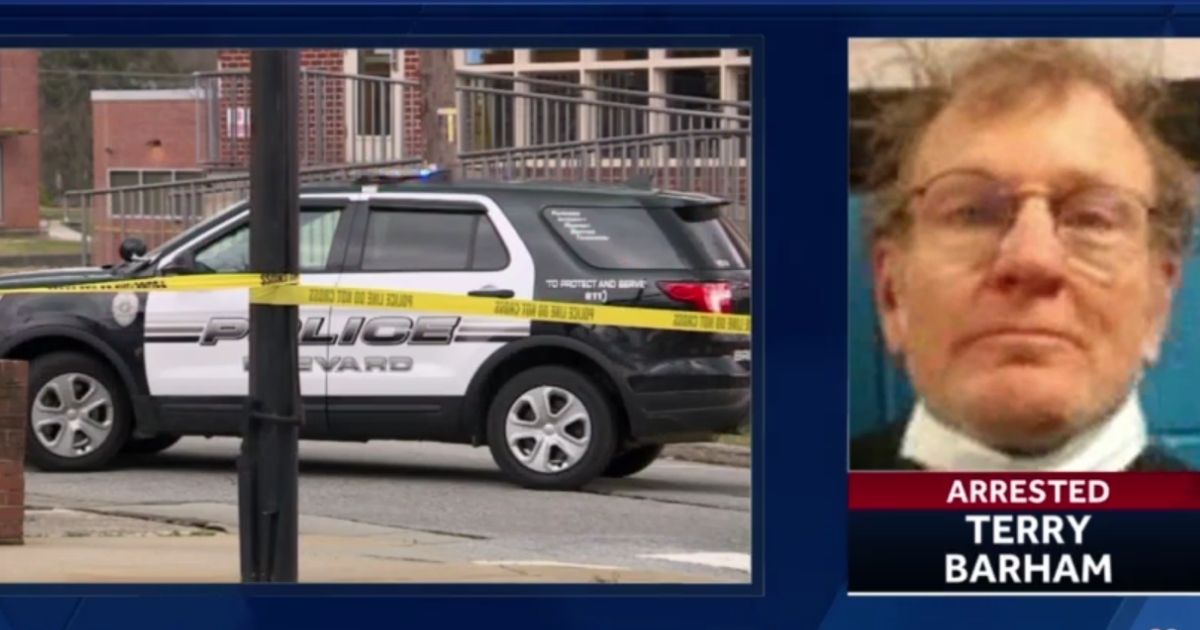 A North Carolina man was arrested Tuesday afternoon on terrorism charges after an explosive device was found at a church and several other buildings Sunday morning.

Terry Lee Barham, 64, was also charged with possession, transportation and manufacturing of a weapon of mass destruction, as well as attempted malicious damage to occupied buildings in Brevard, North Carolina, WSPA-TV reported.

The charges came after Brevard Police Department officers responded to a report of an incendiary device that had been found on the grounds of First Baptist Church of Brevard.

The device had not been detonated.

Multiple devices that had been detonated were later found at the Transylvania County Community Services Building and the American Legion Lodge.

Police chief Phil Harris said that the other devices were found after the department expanded its search of the area surrounding the church, WHNS-TV reported.

WSPA reported the devices had left “superficial damage” at those properties, but luckily no one was injured, according to police.

All devices, those intact and pieces of those that were not, were gathered and sent off to be analyzed, according to WYFF-TV.

Do you worry about something like this happening in your community?

WHNS reported that as a precautionary measure, police evacuated local businesses in case more devices were on the premises.

Police also executed a search warrant of Barham’s home and found evidence linking him to the incidents.

The evidence included materials to make explosive devices similar to the ones found at the three different buildings Sunday morning.

“Information linking Mr. Barham to the incendiary devices was developed through the collaborative investigative efforts of the Brevard Police Department, the Transylvania County Sheriff’s Office, the NC State Bureau of Investigation, Department of Homeland Security, FBI, and [Alcohol, Tobacco, Firearms and Explosives],” police said in a news release on the department’s Facebook page.

“We continue to work with the aforementioned agencies to investigate the incident, including the review of ongoing tips being received.”

Barham is being held on a $280,000 bond at the Transylvania County Jail.

Police have asked anyone with additional information to call Crime Stoppers of Transylvania County at 828-862-7463.