Home Daily News Man Apologizes After Forcing His Parents To Choose Between Their Grandkids and... 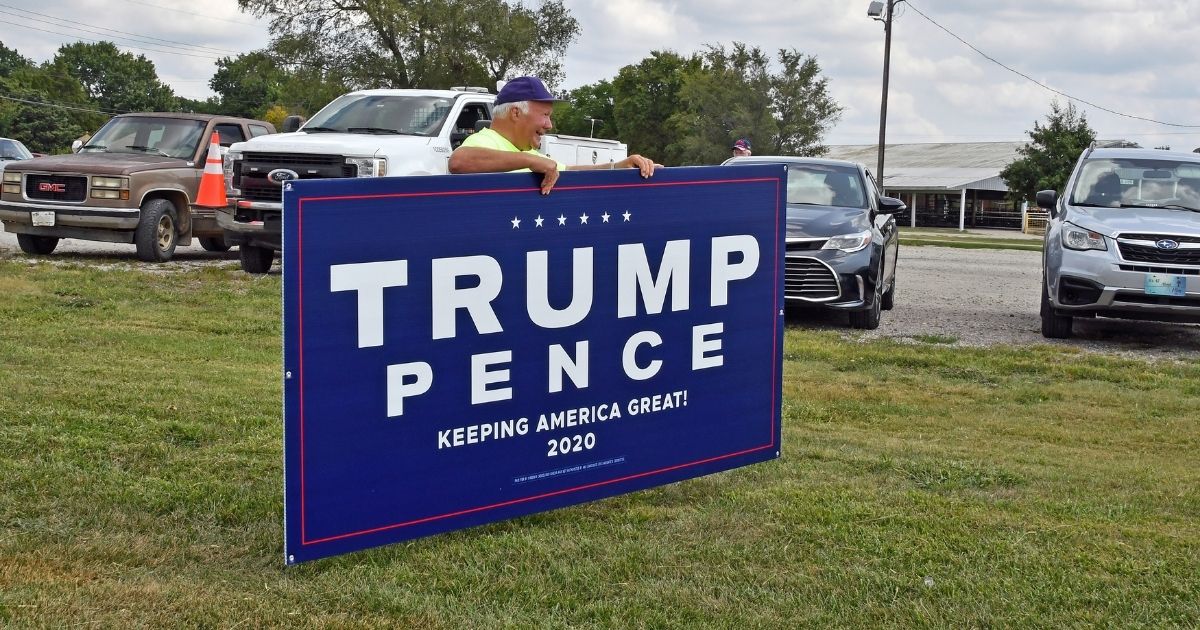 Leo Guinan — a self-identified liberal who wrote a viral article about forcing his father to choose between supporting President Donald Trump and seeing his grandchildren — has apologized for his conduct after receiving harsh feedback online.

“Due to the signs in the yard, the kids and I will not be down,” Guinan texted his father earlier this month regarding his father’s Trump/Pence yard signs.

“The current occupant of the White House is preaching hate and violence, endangering the lives and safety of many of my friends. This is not acceptable to me at all. There is a complete disregard for women, minorities, science, ethics, and morality.”

“‘Please consider if you support Trump that much. Because I hate him that much. I wanted to be upfront and honest about my feelings,’” Guinan wrote.

The writer related in a piece on Medium that he and his kids live just a “couple blocks” away from his father.

“Normally the kids and I will walk down to visit. Personally, I view the signs as a form of hate speech at this point. For me, that is not something I want my kids around. My dad and I have had our disagreements over politics for years. But I am not going to have my kids around those signs. That is a personal choice that I have made,” Guinan wrote.

The response, he wrote, was “staggering.”

“The amount of hate that I have been subjected to over the past few days has been completely staggering. This is not something I am used to. But it is what I expected,” Guinan wrote.

He pointed out that his father did take down his Trump yard sign, so, “Now the conversations [between them] can start anew.”

Do you think Guinan’s apology is genuine?

In another post on Medium, however, Guinan issued a mea culpa, admitting he was guilty of manipulation both online and in relation to his dad. He said he had the revelation after watching the documentary “The Social Dilemma,” which explores the impact of social media on those who use it.

“Earlier this week, I went viral for a text that I sent to my dad. Now, I would like to go viral with my apology to him,” he wrote.

“I was trying to prevent others from being manipulated by manipulating them,” Guinan added. “And I was doing this because I had the ability to, through social networks. And I let that go to my head.

“As someone who tends toward the liberal end of the spectrum, please appreciate the irony when I say I realized this when I found out I had made the Rush Limbaugh show,” Guinan added. “I realized that polarizing behavior was what social media emphasizes, and it caught me too.”

The writer concluded by relating the whole experience led him to delete his social media accounts.

“I invite everyone to examine the role social media plays in their lives. I realized it was a toxic presence in mine, and decided to remove it,” Guinan wrote.

“It came very close to ruining my life. I refuse to let it do that.”

There’s no question politics in the 2020 election year has been a divisive force — and political signs supporting President Donald Trump have been a frequent target. (As Republican signs were during the 2018 midterms.)

But one man has had a change of heart, and wants others to do the same.

Limbaugh, for his part, took satisfaction in Guinan’s change of heart, telling his radio audience last week, “This program made all that happen, I tell you.”

“This guy, Leo Guinan who asked his parents with ‘hands shaking’ and ‘tears in eyes’ to remove a pro-Trump sign in their yard came back with an apology after his rant backfired,” Limbaugh said.

“If you’re a leftist, be really careful if I find out about what you’re doing and tend to go public with it, ’cause then you’re gonna be embarrassed when the whole country finds out how cockamamie you are,” Limbaugh said.

Further, the “lesson for you out there, you parents who are being emotionally blackmailed by your 25- or 30-year-old kids. Tell ’em to go pound sand! You should have been doing that all their lives anyway.”