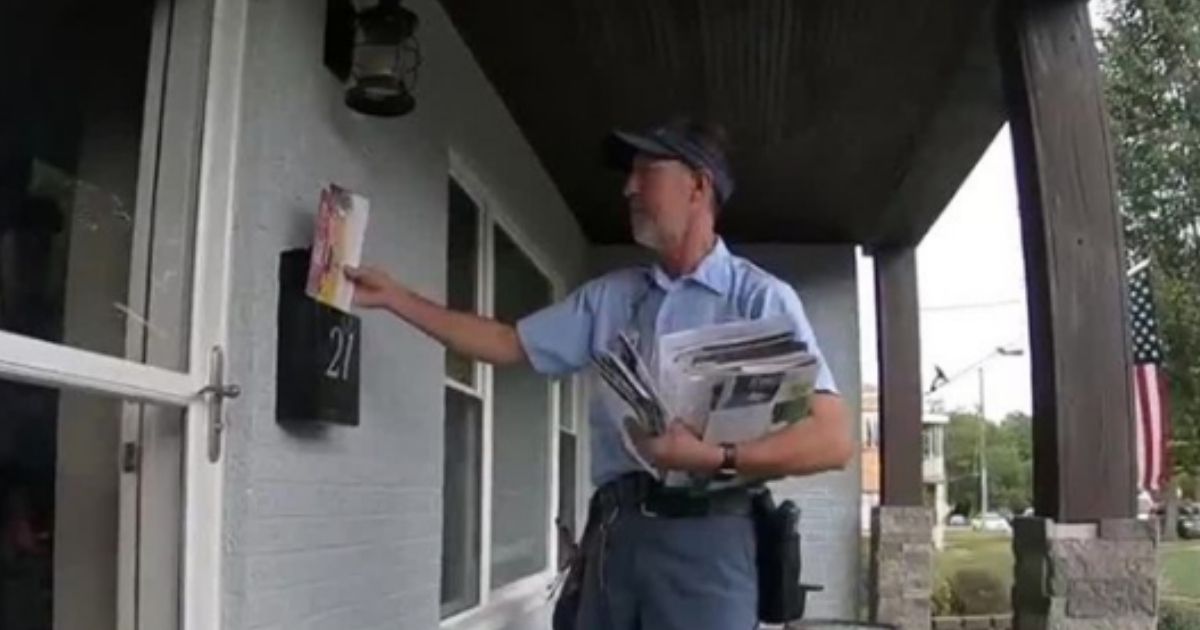 With social distancing, many of us have seen more of our neighbors than usual. Working on outdoor projects and getting some fresh air have been more popular pursuits than ever.

But despite the higher visibility in some neighborhoods, there are still individuals whose behavior goes unnoticed, either because they keep to themselves or because something is wrong.

That happened to one unnamed elderly woman from Fort Thomas, Kentucky, this past weekend. From the outside, her home looked like it normally did and her neighbors didn’t seem to see anything unusual.

But mailman Karl Herklotz saw something that concerned him on Monday. Having served that particular area for eight years, he had a good read on the pulse of the neighborhood, and something about the house nagged at him.

The problem was that, when he went to deliver Monday’s mail, the mailbox was full of mail, suggesting the woman hadn’t been out to get it. Was she out of town? Had something happened to her?

Herklotz had met her in the past, describing the 84-year-old on Rossmore Avenue as a “very pleasant lady,” as he told WXIX-TV.

As he walked down the street, he couldn’t shake the cloud that had settled over him, so he decided to speak to a neighbor about his concern.

Katie Giancola turned out to be that neighbor, and she called the police to conduct a welfare check and see if the 84-year-old was all right.

It was a good thing Herklotz listened to his instincts, as the elderly woman had fallen and been lying on her floor for days.

“They found her on the floor in the kitchen,” Herklotz explained. “Apparently she fell and she broke her hip and she couldn’t get up and they said she’d been there for a couple of days.”

The best guess is that she fell Friday, which would account for the full mailbox. It’s a miracle she lived through the weekend.

“If they hadn’t gotten there when they did, there is a good possibility that she would have perished,” Herklotz said.

The woman was taken to the hospital, where she is said to be recovering.

“Everyone just let out a sigh of relief,” Giancola said. “Just very thankful that she was found in time and was alive.”

“Karl is definitely a local hero.”

As is the case with many other heroes, Herklotz doesn’t see himself as one.