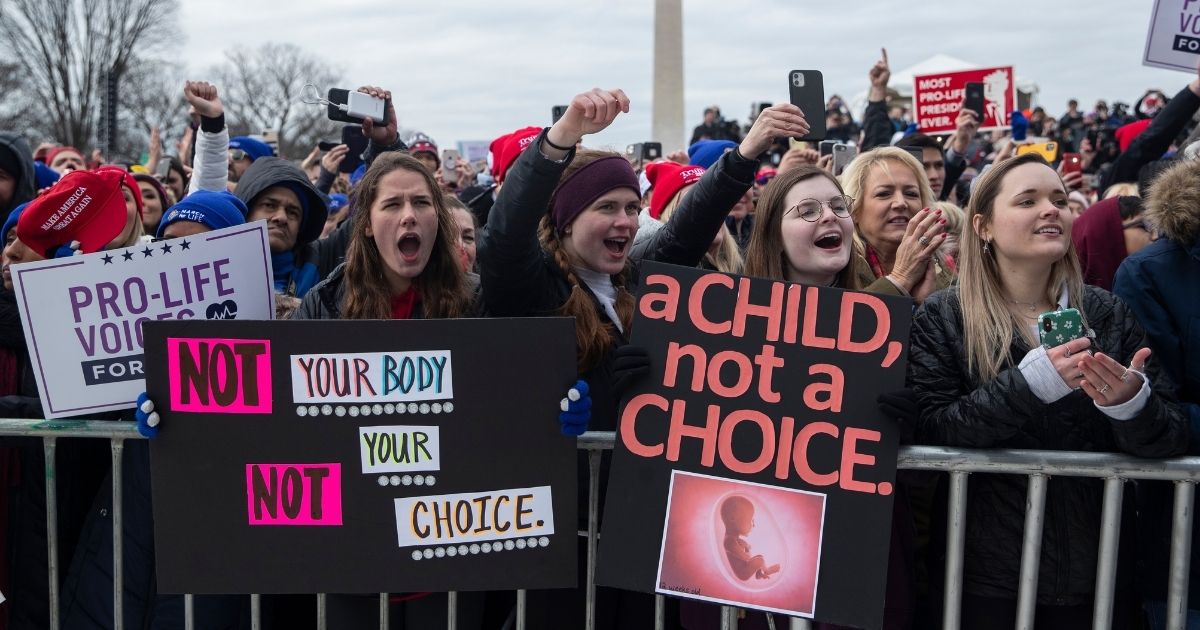 Lubbock, Texas, just became the biggest city in the nation to outright ban abortion in nearly all cases as well as the only city with an active abortion clinic to do so, according to KWKT-TV in Waco.

In fact, the presence of a recently opened Planned Parenthood in Lubbock that just began offering abortions on April 15 was the reason for the push to render abortions outright illegal in the small city, which has a population of roughly 253,000, according to the report Sunday.

In August, the abortion giant announced it would be opening a branch in Lubbock as it planned to expand business in East Texas, Everything Lubbock reported at the time. A branch of Planned Parenthood previously operated in the city until 2013.

That was when the drive to create a “Sanctuary City for the Unborn” began, part of what has now become a statewide trend to establish such localities. There are currently 22 cities in Texas that have passed abortion ban ordinances, as well as two cities in Nebraska, according to KWKT.

Republican state Sen. Charles Perry called on Lubbock to support his push to pass the ordinance in September, Everything Lubbock reported at the time. The legislation was drafted by Right to Life Texas Director Mark Lee Dickson and would make performing abortions within city limits punishable by fines up to $2,000.

The ordinance also establishes standing for the family members of an aborted unborn baby to file civil lawsuits against abortion providers.

According to unofficial results from a special election Saturday, 62 percent voted for and 37 percent against an ordinance to establish abortion as an act of murder “at all times and at all stages of pregnancy.”

City of Lubbock: Sanctuary City for the
Unborn
For: 64%
Against: 36%

This is
effectively a lock. A win for life.

The ordinance does not consider it an abortion to end a baby’s life to save the life of a mother, to remove an unborn baby deceased in a miscarriage or to terminate an ectopic pregnancy.

A representative of Planned Parenthood of Greater Texas said the clinic will remain open and adhere to legal restrictions, KWKT reported.

While the vote was hailed by pro-life activists, the outcry from abortion advocates highlighted how ideological divides over the morality of abortion seem to be expanding to gulf-like proportions.

Or you know, in so many words.

“The ACLU has a long history of challenging unconstitutional abortion bans and will continue to fight to protect the fundamental rights of the people of Lubbock,” ACLU Texas’ Policy and Advocacy Strategist Drucilla Tigner said in a statement.

Lubbock is literally trash. Can’t wait for the massive
legal battle that’s going to occur in Lubbock. I use to be proud to call this
city my home but I am very ashamed. Get me out of here plz. pic.twitter.com/XZZQjVb52R

See you in court, Lubbock. pic.twitter.com/kXXUbcXNrc

So sick and disheartened. This ordinance is entirely
cynical — these people don’t care about babies. It’s about criminalizing
women’s freedom. Lubbock is going to be mired in expensive lawsuits … with
the aim of getting to the Supreme Court.

Roe v. Wade is not, contrary to popular belief, a gospel-like alteration to the U.S. Constitution that can never be reversed. I hate to break it to these folks, but that’s simply not how our republic works.

A locality is well within its prerogative to buck SCOTUS precedent in such a dubiously constitutional ruling that has effectively legalized the practice of dismembering irrefutably human and living babies in the womb.

I’m sure there were those who would have scorned a sanctuary city for runaway slaves in light of the Dred Scott decision, and thank the Lord slavery abolitionists didn’t let this unconstitutional ruling stop them from breaking legal precedence and federal law to help those escaping the barbaric institution in which they’d been held captive.

Some of the greatest civil rights victories in our nation came after previous Supreme Court precedence was challenged. Brown v. Board of Education ended unconstitutional, race-based segregation and overturned a previous ruling, Plessy v. Ferguson, that had protected it, after all.

Do you approve of Lubbock's abortion ban?

One wonders how many of these disgruntled pro-abortion advocates would have defended SCOUTS precedence in the 1850s, 1890s or 1960s — because they most certainly are taking the side of the institutional dehumanization of Americans in their own era.

Our nation has had long, drawn-out periods of legally sanctioned practices later deemed, accurately, to be completely unconstitutional, from slavery to segregation to state-mandated sterilization.

Advocates for justice and equality have walked this path before, and we’re still walking it now.

Are pro-aborts really willing to put so much faith in Supreme Court precedence when it has contributed to the dehumanization of so many millions upon millions of human beings?

What the city of Lubbock is doing — and what localities occupied by moral people everywhere ought to be doing, and what our nation ought to be doing — is taking a stand for justice, liberty and equality that couldn’t possibly be more American.

Our Founding Fathers’ great experiment, history has shown us, simply could not survive with slavery intact, it could not sustain continued racial oppression and it simply cannot, must not and, Lord willing, will not continue with the institutionalized state-sanctioned murder of the unborn.

Let’s let the city of Lubbock and sanctuary cities for the unborn everywhere give us hope that our next great civil rights milestone is right around the corner.