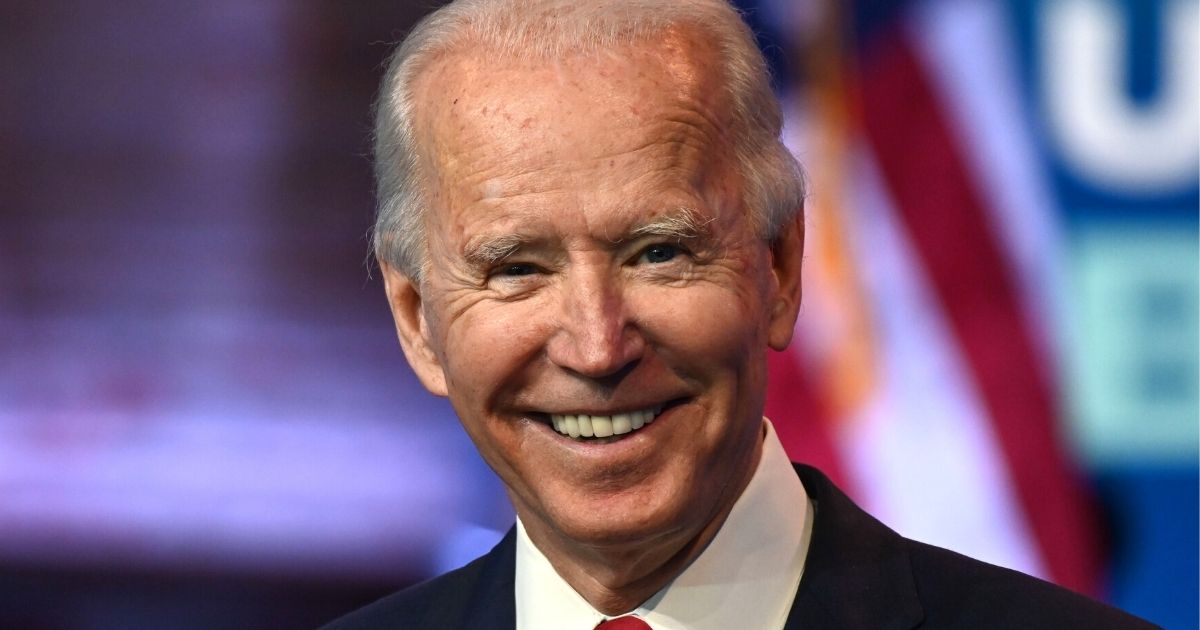 The most public-facing pick for presumptive President-elect Joe Biden’s new administration could be the national spokeswoman and senior adviser for a George Soros-backed organization — and she has extremist anti-Israel views to boot.

Jean-Pierre was a senior adviser to Biden’s 2020 campaign.

Symone Sanders, another senior adviser to the Biden campaign, is considered to be another top pick.

Either one would be the first black woman in the role of press secretary.

She would be the first Black woman in that role.

Symone Sanders has also been discussed and has recently focused on Harris’ transition.

The problem with Jean-Pierre is that she’s one of those in the Democratic Party who believe that any quarter given to the American-Israel Public Affairs Committee — a bipartisan pro-Israel group that favors public policy meliorative toward Israel — means you “cannot call yourself a progressive.”

Jean-Pierre made the remarks in a March 2019 opinion piece for Newsweek in which she noted that in 2007, two of the big three Democratic Party candidates for president — Hillary Clinton and Barack Obama — attended AIPAC’s conference, although they weren’t speakers. In 2019, however, there were plenty of big names who didn’t go, and just one year before an election.

Should Jean-Pierre be the next White House press secretary?

“This past weekend marked AIPAC’s annual convention in D.C., just 12 years later. Not one Democratic candidate for president showed,” Jean-Pierre wrote in the Newsweek piece.

“And they made the right call.

MoveOn.org, the influential liberal group that has received significant injections of funding from George Soros, took plenty of credit for this.

& the list of 2020 presidential candidates who have made the decision to #SkipAIPAC continues to grow. Thank you for your leadership here @PeteButtigieg, @ewarren, @BernieSanders, @KamalaHarris, @JulianCastro, @BetoORourke, @JayInslee… who is next? pic.twitter.com/Bol61vv8Bc

RELATED: Iran’s Reckless Disregard for Its Nuclear Deal Shows Why We Can’t Trust It

Jean-Pierre’s logic here was more or less a lie of omission.

While Obama and Clinton did attend the 2007 event, as the Jewish Telegraph Agency reported at the time, AIPAC generally doesn’t invite politicians to the group’s events unless it’s in an election year.

However, in 2007, candidates were allowed to have “salons” at the conferences — a high-toned way to refer to meet-and-greets with powerful people who might be attending. AIPAC cut that out, which meant there was no reason for anyone to be there in 2019.

But Jean-Pierre said it was “time to call a spade a spade.”

“AIPAC is not progressive. You cannot call yourself a progressive while continuing to associate yourself with an organization like AIPAC that has often been the antithesis of what it means to be progressive,” she wrote.

Why? Well, for starters, it “spent tens of millions of dollars trying to defeat the Iran nuclear deal crafted by President Obama,” which was “historic in its attempt to create and maintain peace.”

The Trump administration realized, however, that there were serious flaws in that deal that meant while it might have been an “attempt to create and maintain peace,” it wasn’t a particularly great one. It pulled out, which is now an issue.

And then AIPAC had the unmitigated gall to invite Israeli Prime Minister Benjamin Netanyahu, who Jean-Pierre said “not only has personal charges levied against him — he’s been indicted on both bribery and fraud charges — but under his leadership of Israel, according to the United Nations, Israel may have committed war crimes in its attacks on Gazan protesters.”

Netanyahu has called the trial a “witch hunt,” according to Reuters, and it could drag on for several years.

As Deborah Danan reported at Breitbart, AIPAC extends that invitation to any prime minister.

Those “protesters,” meanwhile, were often firing incendiary devices, rocks, bottles or worse. The kind of person who draws this kind of false equivalency always does so with some kind of ulterior motive in mind.

Jean-Pierre went on to note that “74 percent of MoveOn members who responded to our survey believe that any progressive vying to be the Democratic nominee for president should skip the AIPAC conference. What’s more, it’s clear that the progressive base writ large sees AIPAC as antithetical to progressive values. If it didn’t, why would every single Democratic candidate have felt comfortable skipping the conference (which, by the way, many have attended in years past)?”

That last part can be easily explained, except Jean-Pierre wants to cherry-pick the facts. Then again, those who stridently oppose Israel while insisting it’s only because of human rights abuses — ignoring the kind of aggression and irredentism that surrounds the Jewish state on all sides — reveal quite a bit about themselves.

And yet, without citing examples, Jean-Pierre said AIPAC’s “severely racist, Islamophobic rhetoric has proven just as alarming. The organization has become known for trafficking in anti-Muslim and anti-Arab rhetoric while lifting up Islamophobic voices and attitudes.”

This is reportedly the top candidate to be Biden’s press secretary, presuming he takes the Oval Office on Jan. 20.

Remind me, again, what he was saying about unity when the media called the election for him.

If this all plays out, at least we get the awkward hilarity of watching Biden work with Jean-Pierre. After all, he spoke to the 2020 AIPAC conference via video as social distancing spooled up.

I wouldn’t worry, though. Given Joe’s history, it’s not as if he’s going to Google her name before he hires her and, well, who the heck is going to tell him? And how long do you think he’ll remember it for?