Home Daily News Lockdown Was So Strict You Couldn’t Even Walk Your Dog, Then It... 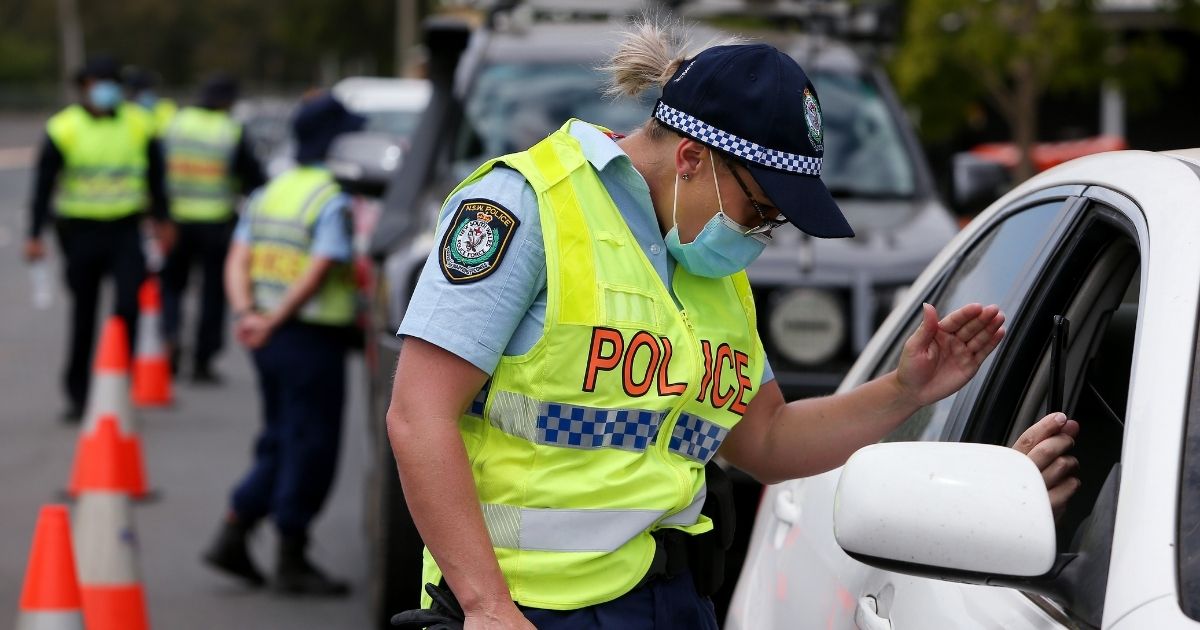 South Australian officials slammed the door on virtually all activities last week in its strictest lockdown ever imposed only to find out their actions were in response to a lie.

In a since-deleted tweet, South Australian police told one citizen she and her husband could not even walk their dog.

The panic that led to the lockdown began after a man who worked at a pizza shop and tested positive for the coronavirus told contact tracers that he had only walked into the shop to buy a pizza, according to the BBC.

That led officials to fear that they were dealing with some variant of the virus that was extremely contagious.

In response, they imposed a six-day lockdown that forbade almost any activity that took people outside of their living quarters, according to the Daily Mail UK.

That led a resident with the Twitter handle of Andrea to ask, on behalf of her husband, about walking the dog.

South Australia under COVID lockdown due to outbreak of virus. Police tell resident you can’t even walk your dog. pic.twitter.com/7BEQvWTqpL

“Hi Andrea,” the South Australian police replied. You cannot leave the house to walk the dog or to exercise.”

Walk the dog. It’s against animal rights not to allow it to exercise. @peta

wait people can south australia cant even walk their dogs?? wtf??? you can’t just not walk a dog for 6 days.

RELATED: Australia Eyes Its Own Case Against Google After DOJ Files Landmark Lawsuit

South Australia’s lockdown says we can’t take our dogs for morning walk but bottle shops are open because they need to supply alcoholic’s with supply. My dogs an alcoholic so can I take my dog to the bottle shop. FFS

South Australian Police Commissioner Grant Stevens was later led to offer an olive branch to dog owners when asked at a news conference about whether residents could walk their dogs while making trips to stores to buy food.

“Just in terms of people accessing essential goods and services, if you make a decision to walk to the shop, that’s certainly a legitimate decision,” he said. “It’s a means of transport that we acknowledge. If you take your dog with you or not, that’s a matter for you.”

But the whole mess became moot when officials learned Friday that the man who sparked the fears had lied to them, leading officials to end the lockdown on Saturday, according to Reuters.

South Australia state Premier Steven Marshall said the coronavirus cluster was still “dangerous” with 25 infections and about 4,500 other people in quarantine.

Authorities eventually learned that the virus spread began with a traveler who returned from Britain. A security guard at a quarantine hotel was then infected. That individual worked at the Woodville Pizza Bar in Adelaide. So, too, did the individual who lied to officials.

Are you sick of lockdowns?

“Had this person been truthful to the contact tracing teams, we would not have gone into a six-day lockdown,” Marshall said.

Officials learned the truth when facts learned through contract tracing did not add up, and they interviewed him again.

“To say I am fuming is an understatement,” Marshall said, according to BBC. “We are absolutely livid with the actions of this individual and we will be looking very carefully at what consequences there [are] going to be.”

Stevens initially said there would be no charges  because there was “no penalty associated with telling lies.”

He later said a task force would determine whether there could be a penalty assessed.